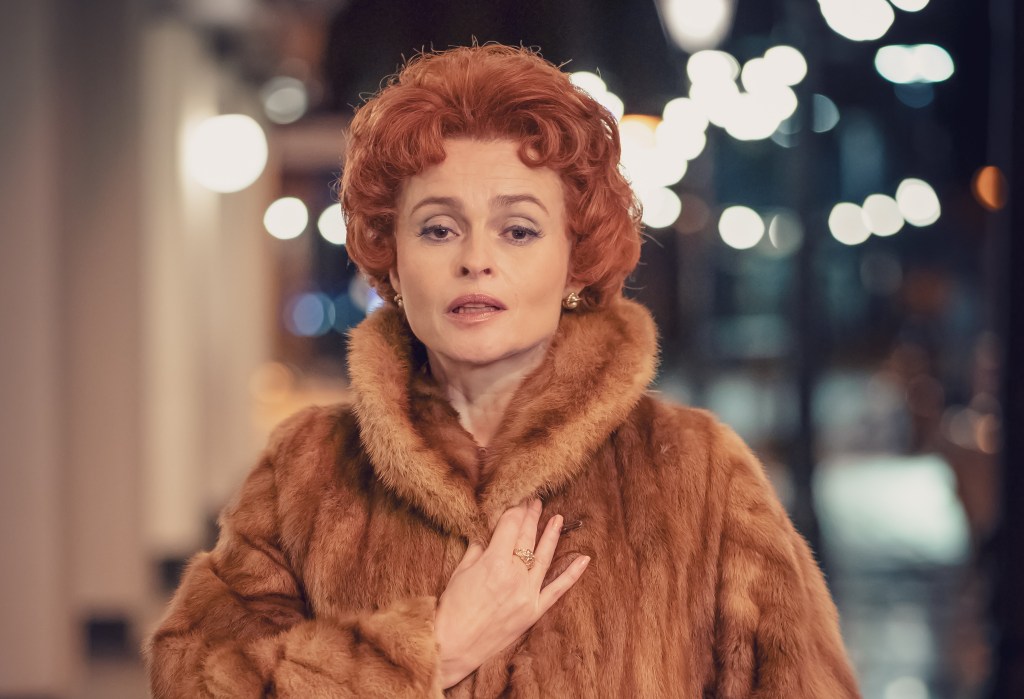 The actor steps into the shoes of a soap icon in the new drama (Picture: Ben Blackall/ITV)

Helena Bonham Carter has opened up about the prospect of ever appearing in a soap, off the back of her latest role as soap legend Noele Gordon.

For almost two decades, Nolly – as she was widely known – was one of the icons of the British soap world as Meg Mortimer in Crossroads, named after the fictional motel at which it was set.

Despite the popularity of Meg on the ITV programme, in 1981, she was brutally axed from the show, coming back for just a couple of episodes two years later.

The celebrated actor’s shocking sacking has been dramatised in a new ITVX drama named after her, with Harry Potter star Helena playing the lead role in the three-part mini-series written by returning Doctor Who showrunner Russell T Davies.

At a recent press event, Helena, Russell and fellow Nolly star Augustus Prew spoke to Metro.co.uk and other media about the series, with Helena addressing whether appearing in a soap has ever crossed her mind, considering her experience of stepping into the titular character’s shoes.

Looking back on her personal connection with soaps throughout her life, the 56-year-old said: ‘I watched Dallas when I was little and Dynasty, Knots Landing, EastEnders.’

She then added that she ‘hasn’t been offered’ a role in a soap, before jokingly quipping that perhaps her agent has ‘just said no without telling me’.

‘Oh come on, it’d be fun!’ she exclaimed, before explaining why it might not be for her.

‘The thing is with a soap, you do have to play the same character day in and day out. I admired Nolly’s dedication, to live with the same person,’ she shared.

‘What was fun – and that was an ingredient of the characterisation, which I really loved – was the confusion between Meg Mortimer and Noele Gordon. They were really both the same person.’

Helena outlined how for Nolly, appearing in Crossroads ‘was her life’, with the entire cast working ‘incredibly long hours, five days a week’.

Russell also emphasised how being in Crossroads was more than simply starring in a TV show to Nolly, due to the authentic, familial relationships she forged with her co-stars.

While Helena has some experience of working on long shoots, such as when she portrayed Princess Margaret in seasons three and four of The Crown, the actor admitted that she doesn’t think she would have the ‘concentration’ for a …read more

Oleksandr Zinchenko claims he saw Arsenal’s title potential immediately (Getty) Oleksandr Zinchenko has revealed that some of his Arsenal teammates laughed after he told them they are capable of winning Premier League title at the start of the season. Mikel Arteta’s side continued their impressive run of form on Sunday as they sealed a 3-2 […]