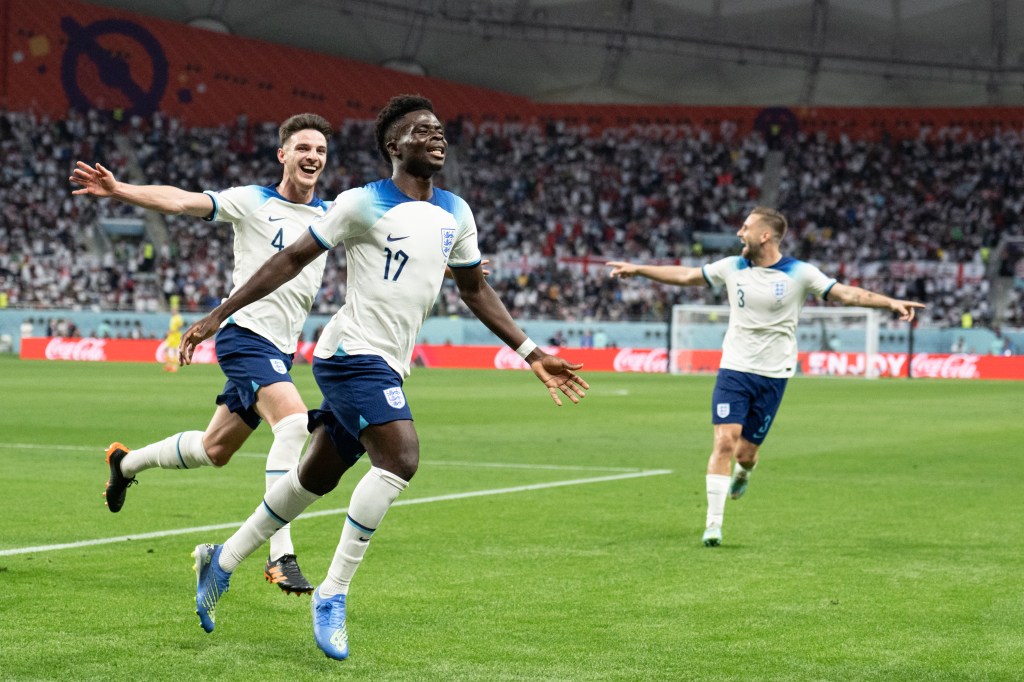 England won their first match of the World Cup 2022 on Monday (Picture: Getty)

The viewing figures for England’s first World Cup 2022 game against Iran have been revealed.

The international tournament kicked off on Monday, November 21, with the Three Lions securing a comfortable 6-2 win against Iran at the Khalifa International Stadium in Doha, Qatar.

According to overnight ratings, the match, which saw goals from Bukayo Saka, Raheem Sterling, Marcus Rashford, and Jack Grealish, was watched by just eight million people at its peak on the BBC.

In comparison, Wales’s fixture against the USA, which ended 1-1, was watched by a peak of 13million, according to ITV.

The match, from kick off to final whistle, had an audience of nearly 10million viewers across TV and streaming.

While the stats are considerably lower than England’s first match at the World Cup 2018 in Russia, which peaked at 18.6million, it’s worth noting that Monday’s game kicked off at 1pm GMT.

On top of that, many fans were left fuming after BBC iPlayer went down during the match.

According to Down Detector, an online platform that provides users with real-time information about the status of various websites and services, the corporation’s streaming platform appeared to take a hit around 1pm with more than 7,000 issues flagged.

Fans flocked to Twitter in their droves to complain about the outage as they were unable to watch Gareth Southgate’s squad, including broadcaster Louis Theroux.

England’s next game will take place on Friday, November 25 at 7pm where they will play the USA.

The nation will finish their group stage fixtures against Wales on Tuesday, November 29 at 7pm.

Olivier Giroud has scored 51 goals for France (Photo: Getty) Hugo Lloris has hailed teammate Olivier Giroud after he went level with Thierry Henry’s as France’s all-time top goal scorer. Giroud scored twice as France came from behind to beat Australia 4-1 in Qatar, beginning their World Cup defence in style. The 36-year-old has now […]

George took to the Bush Telegraph to complain (Picture: ITV) I’m A Celebrity…Get Me Out Of Here viewers were left stunned after seeing Boy George seemingly undergo a bit of a personality transplant and stick up for Matt Hancock. Yep, you read that right. The celebs were in the midst of cooking dinner on Sunday […]