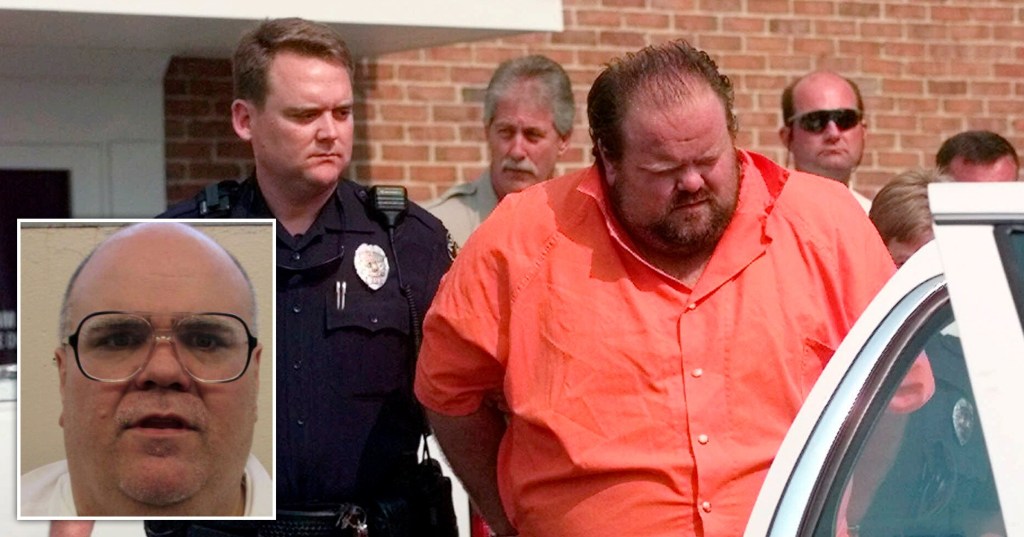 The execution of the death row inmate was called off after executioners failed to find his vein in time (Picture: AP)

Alabama officials have called off the execution of a man convicted of shooting three people at the last minute over fears of a botched execution.

Hours after the US Supreme Court overturned the stay blocking Alan Miller’s execution, DOC officials reported the execution had been called off after officials were unable to access Alan Miller’s veins.

State officials at first refused to confirm whether Miller was still even alive, but later stated he was in his cell after officials missed his midnight deadline.

Media witnesses to the event were not allowed into the execution chamber to confirm Miller’s condition.

The aborted execution has caused concern due to a chilling similarity to the killing of Joe Nathan James in July- the last person in Alabama to recieve a lethal injection, whose botched execution lasted for over 3.5 hours and was the longest in US history.

Miller, 57, was convicted of killing three people in a 1999 workplace rampage, drawing the death sentence.

Prosecutors said the former delivery truck driver killed coworkers Lee Holdbrooks and Scott Yancy at a business in suburban Birmingham and then drove off to shoot former supervisor Terry Jarvis at a business where Miller had previously worked.

Each man was shot multiple times and Miller was captured after a motorway chase.

Miller was sentenced to death for shooting three people in 1999 (Picture: AP)

Trial evidence indicated Miller believed the men were spreading rumours about him, including that he was gay.

A psychiatrist hired by the defence found Miller suffered from severe mental illness, but also said his condition was not bad enough to use as a basis for an insanity defence under state law.

A federal district court had stayed Mr Miller’s execution because Alabama planned to execute him by lethal injection – the method he specifically sought to avoid because of the pain and suffering it causes, opting instead for nitrogen hypoxia – but this was overturned by the United States Supreme Court at the last minute.

Maya Foe, director of human right organisation Reprieve, said: ‘Last month, Alabama officials tortured Joe Nathan James to death for over three hours trying to set up an IV line, and then covered it up.

‘Instead of pausing and investigating how their actions led to what may have been the longest recorded execution in our country’s history, they instead rushed Alan Miller to the execution chamber weeks later and tried to kill him in secret.

‘Officials knew it was likely they would subject Alan Miller to the very same long and agonizing procedure as Joe Nathan James and Doyle Lee Hamm and yet they ploughed ahead anyway – adding to the state’s horrific history of botched executions.

‘It is hard to see how they can persist with this broken method of execution that keeps going catastrophically wrong, …read more

Holly and Phil will go to the starry event (Picture: ITV/Shutterstock) Holly Willoughby and Phillip Schofield are still planning on appearing at the National Television Awards 2022 despite being fiercely criticised for ‘jumping the queue’ for the Queen’s coffin, Metro.co.uk understands. The presenters had gone to pay their respects to Britain’s longest-serving Monarch at Westminster […]

‘It all started from us’: 50 years of sound system history at recreated family home

Sound system pioneer Michael ‘Wassifa’ Brown goes back to where it all started in his recreated home studio (Picture: Josh Layton/Metro.co.uk/Getty) Michael ‘Wassifa’ Brown MBE slides into place behind the controls at his faithfully-recreated home studio in Birmingham. The bass bins are in position and flyers advertising ‘roadblock’ dances with reggae legends are stuck to […]

The affair continues, but how long for? (Pictures: ITV) Aaron Dingle (Danny Miller) is one of the three returnees recently announced for Emmerdale’s 50th anniversary. While the focus is on Liv’s (Isobel Steele) storyline with Sandra (Joanne Mitchell), we know it’s highly likely Aaron will also have scenes with his mum, Chas (Lucy Pargeter), who […]