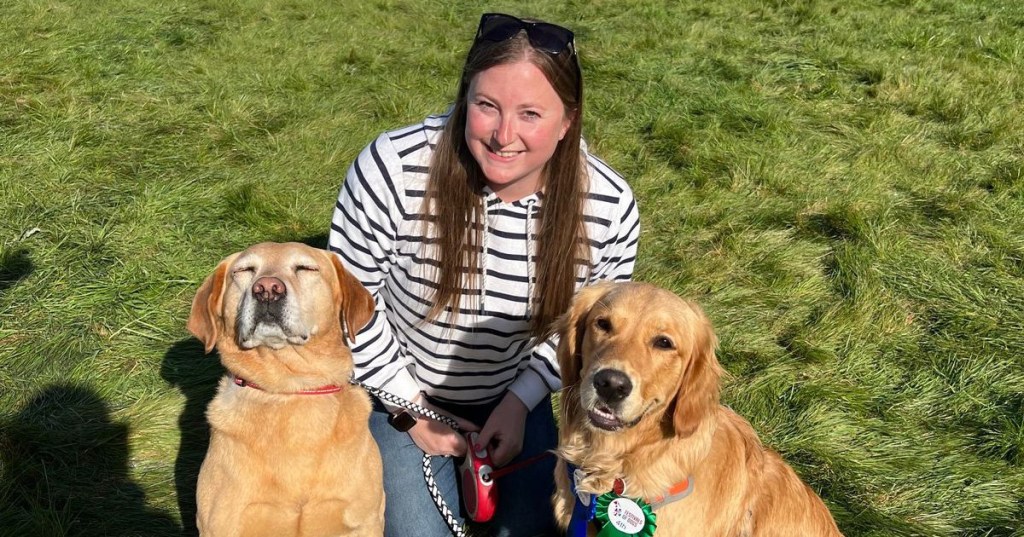 Olivia Riley, 41, was killed as she walked her three dogs (Picture: Met Police)

A female pedestrian killed along with her three golden retrievers in Chelsea has been named as Olivia Riley.

A 26-year-old driver was held on suspicion of causing death by dangerous driving following the crash just after 6am yesterday in Cheyne Walk, west London, where house prices average £3.5 million.

Mrs Riley, 41, from Suffolk, was found dead after officers and paramedics raced to the scene.

The driver was found with minor injuries and taken into custody with a crime scene put in place at the crash site.

A Met Police spokesperson said: ‘A woman who died following a road traffic collision in Chelsea on Saturday morning has been named.

‘Olivia Riley was 41 and from Suffolk. Her family are being supported by specialist officers.

‘Police were called to Cheyne Walk, SW3, at 06:21hrs on Saturday, 14 May following reports of a road traffic collision involving a car, a pedestrian and three dogs.

‘Officers attended with paramedics from the London Ambulance Service. Olivia was pronounced dead at the scene.

‘It appears she had been walking her three dogs, all golden retrievers, at the time of the incident.

‘They also died as a result of their injuries. Any witnesses, or anyone with any dash cam footage, is asked to call police.’

Alex Jones is an admirer of the rose and Dame Deborah (Picture: Getty) The One Show presenter Alex Jones has encouraged people to buy the Dame Deborah James rose, which is currently on display at the Royal Chelsea Flower Show. Many other celebs have been lining up to throw their support behind the bloom too, […]

These are the world’s most complained-about attractions, according to a new study

Stonehenge made it onto the list (Picture: Getty Images) The world is peppered with famous tourist attractions that most people are keen to visit at least once in their life. However, a new study has shed light on the ones that are the most disappointing.  Online casino site Mr Q has rounded up the ‘most […]

A statue of Baroness Margaret Thatcher in Grantham was egged this morning (Picture: PA) A £300,000 statue of Margaret Thatcher has been egged within two hours of it being lowered into place in her home town. More than three years after plans were first approved, the 10ft-high granite memorial of the controversial prime minister was unveiled in […]