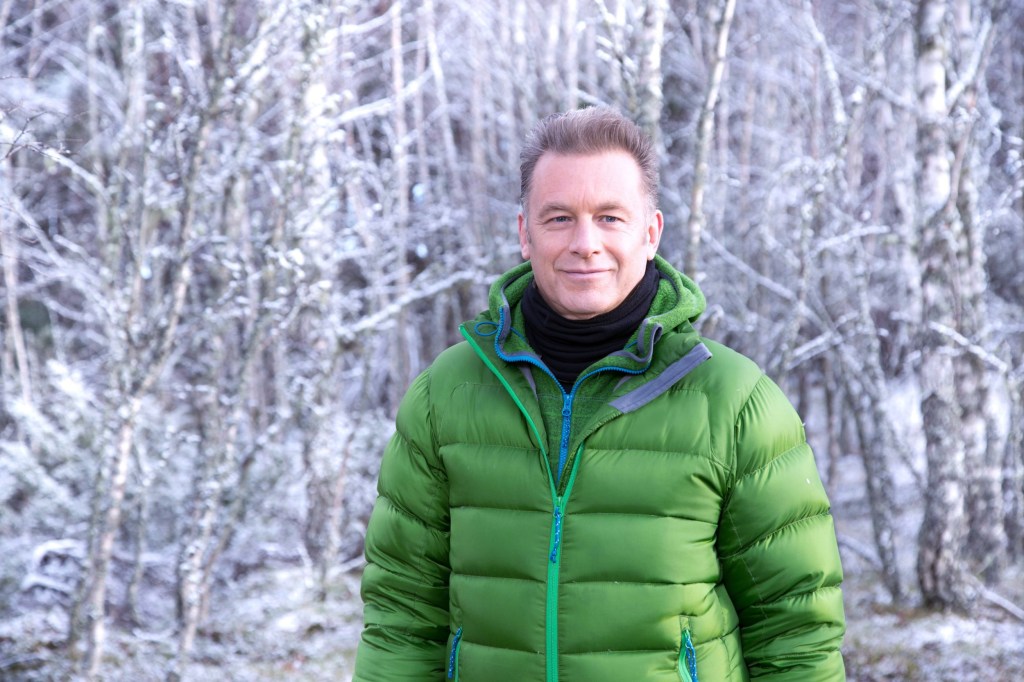 The presenter is ‘excited’ for his time off (Picture: BBC/Jo Charlesworth)

Chris Packham has revealed he’s taking a much-needed break from TV after feeling a bit ‘burnt out’, admitting he’s ‘so excited’ to have time off from his usual work.

Since 2009, the naturalist and nature photographer has co-presented BBC series Springwatch, as well as the sister shows Autumnwatch and Winterwatch, with the latter currently on air until Friday January 27.

He also fronted The Really Wild Show from 1986 to 1995 on CBBC, in addition to presenting various other documentaries and nature programmes.

However, the 61-year-old has now reached a point where he needs a temporary change of scenery.

Speaking in a new interview, Chris said that he wants to get ‘off the treadmill’ as he feels slightly ‘burnt out’, but jokingly stressed that he’s ‘not going to buy a Ferrari and run off with a 20-year-old’.

‘I’ve never taken three months off work. Never. I can barely sleep I am so excited. I might have to ban [partner] Charlotte [Corney] from the studio,’ he told The Mirror.

Chris has co-hosted Springwatch and its sister shows for over a decade (Picture: BBC/Jo Charlesworth)

‘I don’t want any interference or disruption, I want to get on with it. It will be good to clear my head and focus on something completely different.’

With that in mind, Chris shared that he’s going to be pursuing his passion for sculpture in the meantime, using his time away from TV to create sculptures of animals including birds, snakes and humpback whales.

The TV presenter added that his poodles Sid and Nancy will keep him company, and he’ll make sure to get an electric blanket and create a ‘big nest of old duvets’ to keep them warm, as the studio will be so cold.

He, on the other hand, will be wrapping up in a Puffa jacket in his studio.

Last year, Chris caused a stir with the release of a poo-themed calendar, which was literally full of pictures of animals’ excrement.

He explained at the time that poo is ‘packed full of interesting aromas and masses of important stuff that cutting-edge science needs to better understand and help conserve so many species’.

Winterwatch is airing from Tuesday January 24 until Friday January 27 at 8pm on BBC Two and BBC iPlayer.

Home and Away spoilers: Dean reported for domestic violence in shocking scenes

Dean is stunned (Picture: Endemol Shine) Ziggy (Sophie Dillman) is rushed to hospital after falling down the stairs at Salt, and once she arrives all she can think about is the baby. Meanwhile, Dean (Patrick O’Connor) is reacting to the situation by being overprotective. Bree (Juliet Godwin) enters the mix, trying to calm Ziggy down. […]

Games Inbox: The Last Of Us as the best written video game, GoldenEye 007 remake, and Fallout TV

Portal 2 – better written than The Last Of Us? (pic: Valve) The Thursday letters page reacts to Hi-Fi Rush and the Xbox Developer_Direct, as a reader worries the survival horror renaissance is doomed. To join in with the discussions yourself email gamecentral@metro.co.uk Comedy is hardI got into an argument today with a friend about […]

Anyone who knows me will know I absolutely love coffee. From winding up everyone in the office every morning with my obnoxiously loud coffee grinder, to asking my boyfriend to bring me a cup as soon as I wake up on the weekends, I can’t do without it. But do I just love the caffeine […]