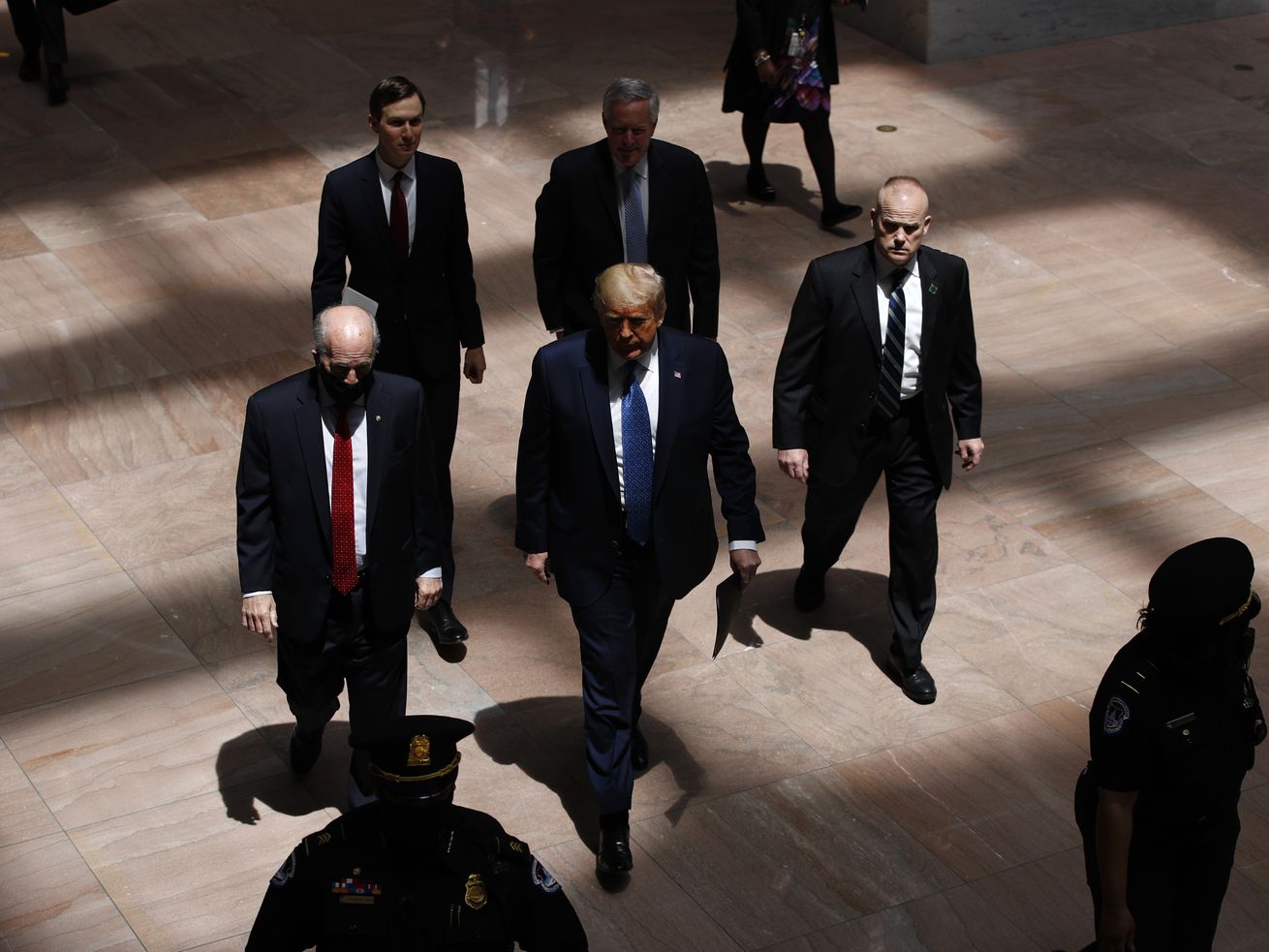 SALT LAKE CITY — President Donald Trump shouldn’t be the only Republican desperate to spark an economic recovery before November’s election.

The study was done before the coronavirus pandemic devastated the U.S. economy two months ago, driving unemployment to Great Depression-era levels. But the findings are a stark reminder of what’s at stake politically if the economy doesn’t start to rebound before election day, from city hall to the White House.

“We think of county and mayoral elections as not really partisan affairs, something that’s not really tied to who the president is,” said study co-author Justin de Benedictis-Kessner, an assistant professor of political science at Boston University. “So, we were surprised to find that these relationships hold based on which party is holding the office of presidency.”

The link surfaced while de Benedictis-Kessner and Chris Warshaw, an assistant professor at George Washington University, were exploring how the economy affected voting compared to other factors. For example, what contributed more to Republicans’ poor performance at the ballot box in 2008: An unpopular war in Iraq or the onset of a recession?

To answer that question, they compared county-level economic conditions with the corresponding election results for local, state and federal offices from 1969 to 2018.They found voters punished and rewarded local and federal office holders belonging to the incumbent president’s party for the economy.

They contend their findings override today’s hyperpartisan climate. “We’d think that the effect of the economy would disappear in more recent years given that polarization is higher, but we don’t really see that,” de Benedictis-Kessner said.

He noted, however, that the impact on vote shares is incremental — a 1% change in wages is associated with a 0.15% change in votes for the incumbent president’s party. So, the findings wouldn’t signal a sea change in a predominantly red state like Utah.

But even slight changes can change election outcomes in a place like Pennsylvania’s Lehigh Valley, where races are always close. And that two-county region is a proven bellwether for a key swing state in this year’s presidential election.

Maybe that’s why Trump visited the area earlier this year. After narrowly favoring Democrat Barack Obama in consecutive presidential elections, the valley’s Northampton County was one of three in the state that flipped in 2016, helping Trump to take Pennsylvania by less than a percentage point. Hillary Clinton won Lehigh County by just 7,634 votes.

Babbel is a fun and flexible platform offering 13 different language learning programs to English speakers. Right now get up to 50% off subscriptions for Memorial Day weekend.

Babbel is a subscription-based app and website that offers affordable and flexible language learning classes in 13 different languages for native English speakers. However, not all the language classes are designed the same, and some languages have better programs than others. Today through May 27 you can save up to 50% on a subscription as […]

Bank of America CEO Brian Moynihan told Bloomberg Television Tuesday that while he doesn’t see the US economy fully recovering until the end of next year, credit damage has not been as bad as expected. “These measures taken by Congress, by the administration and by the Fed have worked to offset the unfortunate aspects of […]