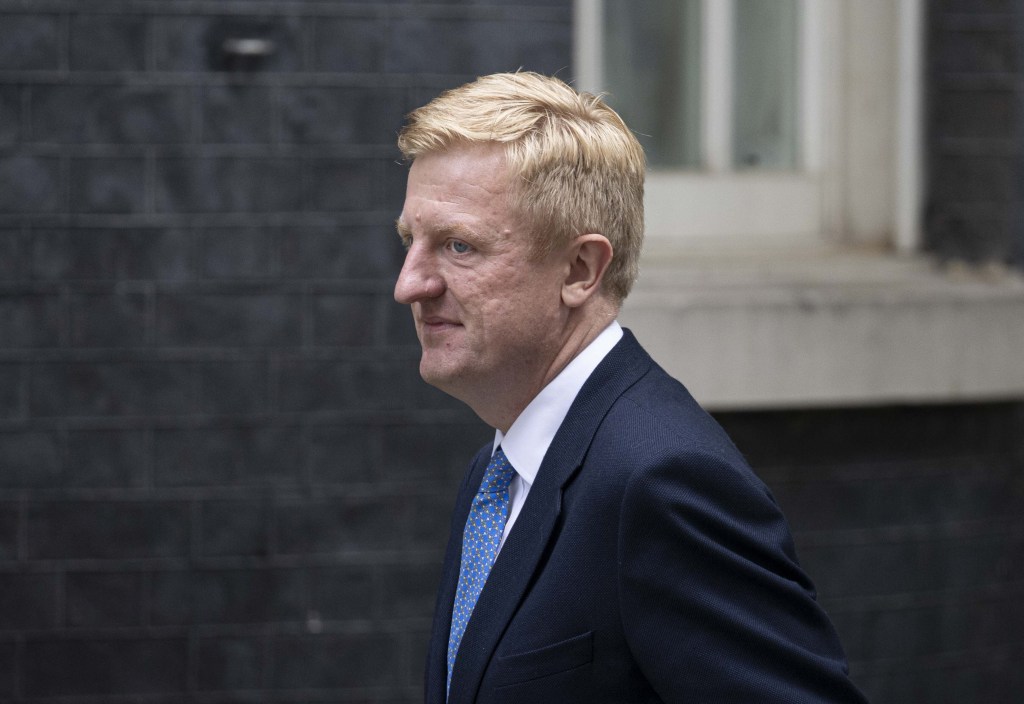 Oliver Dowden has resigned as chair of the Conservative Party following a humiliating defeat for the party at two by-elections on Thursday.

The senior Tory MP said somebody ‘had to take responsibility’ for a series of scandals that led to the disastrous result for the government in Wakefield and Tiverton and Honiton.

It comes just weeks after Prime Minister Boris Johnson narrowly won a no-confidence vote among his own MPs – but is now, once again, facing calls to resign himself.

But who is Oliver Dowden and why has he resigned?

Who is Oliver Dowden?

The 43-year-old politician was born and grew up in Hertsmere, Hertfordshire before moving to study law at Cambridge University and begin his career in politics.

After moving back home he continued his activism, including chairing the All-Party Parliamentary Group for British Jews and serving as an officer of the Conservative Friends of Israel inside his party. In the 2000s, he moved between differing roles in the Conservative Party and a public relations company.

He entered Downing Street for the first time in 2010 as an adviser to then Prime Minister David Cameron – a role for which he was an awarded a CBE. Eventually, he was elected MP for Hertsmere at the 2015 general election.

Oliver Dowden was awarded a CBE for his services to Downing Street under David Cameron (Picture: Hollie Adams via Getty Images)

From then, he has risen in the ranks of the Parliamentary Conservative Party, first being appointed as a minister in the Cabinet Office in 2018, and shortly after moving to Paymaster General and then Minister for the Cabinet Office.

His biggest role to date was handed to him in February 2020, when he was appointed as Secretary of State for Digital, Culture, Media and Sport – also known as Culture Secretary.

Why did he resign?

Mr Dowden resigned the morning after the result – but his letter did not explicitly criticise the Prime Minister.

He said activists and supporters of the party were ‘distressed and disappointed’ by the results in the two by-elections.

My letter of resignation to the Prime Minister. pic.twitter.com/xd5MtM2o3n

‘Yesterday’s parliamentary byelections are the latest in a run of very poor results for our party,’ he said. ‘Our supporters are distressed and disappointed by recent events, and I share their feelings.’

The MP said the party ‘cannot carry on with business as usual’ and declared that ‘somebody must take responsibility’ for recent problems.

Despite the letter appearing to subtly criticise the current leadership, he described his resignation as a ‘deeply personal decision that I have taken …read more

For years, I thought Pride was pointless – until I went to one

Emboldened by the idea that I ‘wasn’t like other gay people’, I continued to resist what I saw to be gay stereotypes (Picture: Michael Chakraverty) Sitting in a cheap hotel bedroom in Manchester, my best friend patiently tried to paint the nails on my fidgeting hands. I had never painted my nails before, but that […]

Edu with Arsenal’s new signing Fabio Vieira (Getty) Edu says he is ‘very excited’ for Arsenal’s transfer window after the club completed a £34 million deal for Fabio Vieira. The 22-year-old midfielder joined from Porto on Tuesday, while the Gunners continue to push for Manchester City forward Gabriel Jesus and Leicester City’s Youri Tielemans. And […]

A New York City subway train (File picture: Shutter Up for DailyMail.com) A New York City subway rider died after his trousers got trapped in a carriage door and he was dragged along the tracks, eye witnesses reported. The victim, identified as Marcus Bryant was found ‘unconscious and unresponsive with trauma about the body’ on […]