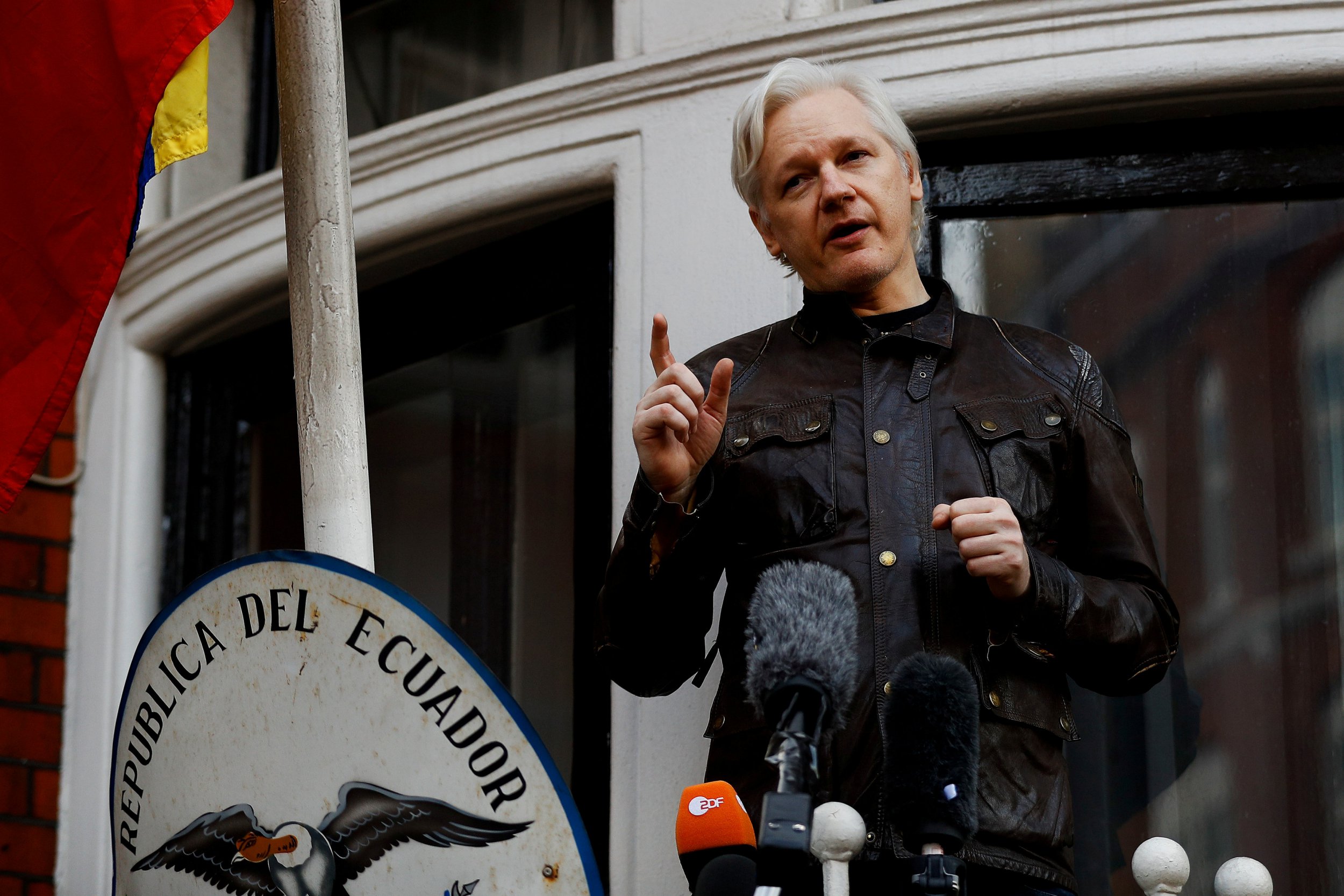 Julian Assange is currently facing extradition to the US (Picture: REUTERS)

WikiLeaks founder Julian Assange is being extradited to the US by the UK, according to the Home Office.

A June 17 statement on the subject said: ‘UK courts have not found that it would be oppressive, unjust or an abuse of process to extradite Mr Assange.

‘Nor have they found that extradition would be incompatible with his human rights, including his right to a fair trial and to freedom of expression, and that whilst in the US he will be treated appropriately, including in relation to his health.’

Assange has been in HMP Belmarsh in Thamesmead, London since 2019. He was previously living in the Ecuadorian embassy in Knightsbridge, from 2012 onwards.

This story has rumbled on for years, so for those who have forgotten – or are new to the Assange circus – here is what has happened so far.

Who is WikiLeaks founder Julian Assange?

Julian Assange, 50, from Queensland, Australia, first got into hacking in the late 1980s, eventually leading to his arrest in his home country in 1996.

However, this was small fry compared to what was to come as he only received a fine for his actions.

In 2006, Assange founded WikiLeaks, which labels itself a ‘multinational media organisation and associated library.’ The group was originally founded in Iceland, but Assange kept moving and ran the site from a number of temporary locations.

WikiLeaks published huge amounts of confidential documents, images and videos, including footage of US soldiers killing 18 civilians from a helicopter in Iraq.

Former US military intelligence analyst Chelsea Manning, previously known as Bradley, was sentenced to 35 years in prison for leaking classified military documents to WikiLeaks, but her sentence was commuted by Barack Obama in January 2017.

Other notable Wikileaks scandals were the release of operating practices at Guantanamo Bay and the names, addresses and occupations of over 13,000 BNP members.

Why was Julian Assange living in the Ecuadorian embassy?

Assange lived in the embassy for seven years, before being sent to Belmarsh prison in London (Picture: REUTERS)

In August 2010, Assange visited Sweden and following that trip, was accused of sexual assault by two women.

It was claimed that Assange raped one woman and sexually molested and coerced another. Sweden issued an international arrest warrant as a result.

Assange claimed both encounters were consensual and fought against extradition to Sweden, but in May 2012, the UK Supreme Court ruled that he should be extradited to the Scandinavian country.

The WikiLeaks founder believed this was part of a wider plan to get him sent to the US to face prosecution for leaking classified documents.

To avoid charges in either country, in June 2012 Assange entered the Ecuadorian embassy in London claiming political asylum, which he was granted in August that year.

Protesters in May 2022 in London, against Assange’s US extradition (Picture: Dan Kitwood/Getty Images)

Struggling to make a big decision? (Picture: Getty/Metro.co.uk) So, you’ve got a big decision to make or a problem to solve. Are you endlessly dithering over your options, paralysed by the fear of making a misstep? We’ve got two bits of good news for you. One: you’re certainly not alone in struggling with indecision. We’ve […]