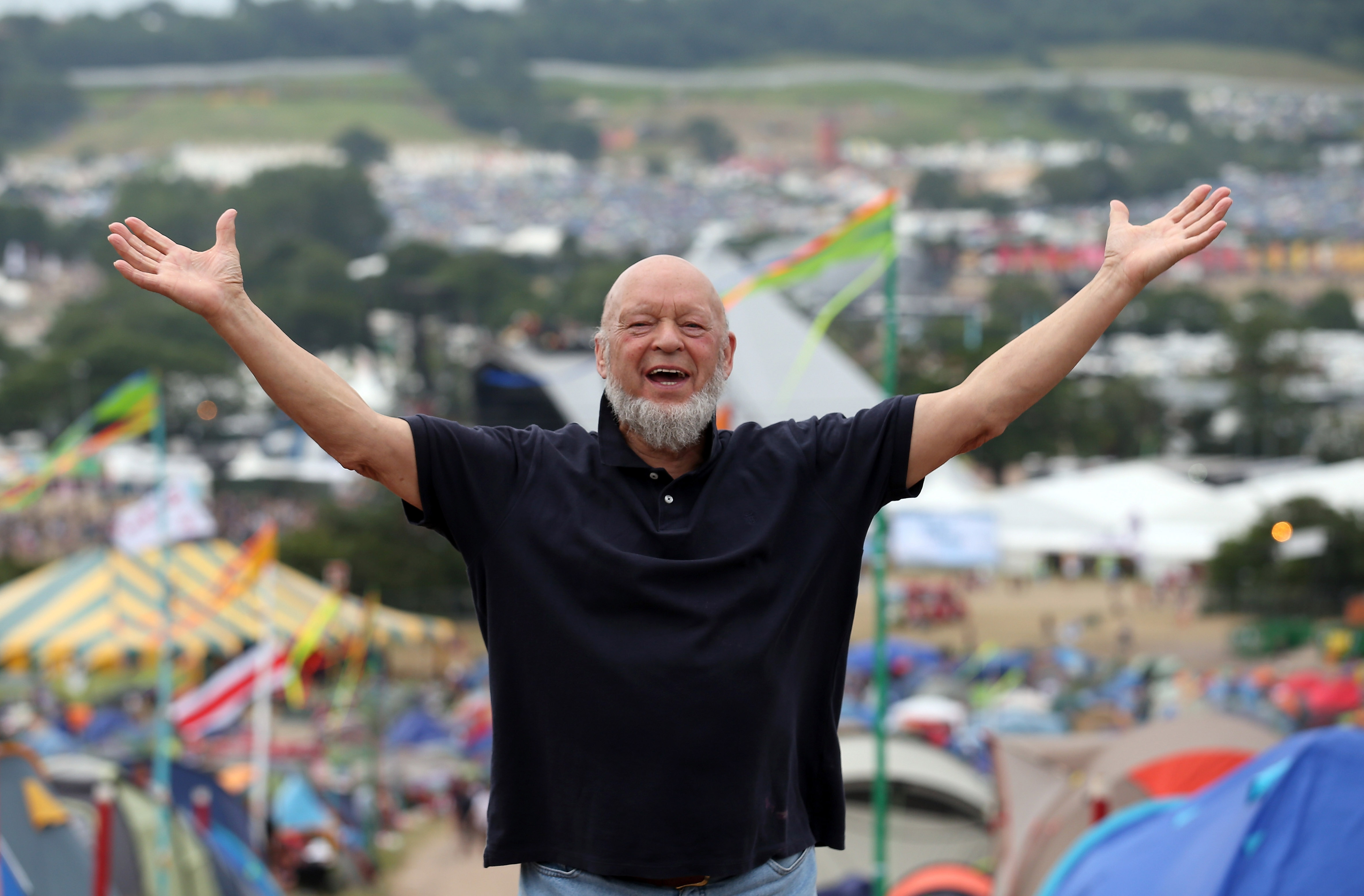 Glastonbury 2022 has officially opened its doors, with thousands of attendees ready for a weekend packed with incredible performances.

Billie Eilish, Kendrick Lamar, and Sir Paul McCartney are among the big names ready to take to the stage across the weekend and we absolutely cannot wait.

The UK’s most iconic festival features more than 100 stages, with around 200,000 fans descending on Worthy Farm.

Since the past two festivals had to be cancelled due to Covid-19, this year’s also acts a 50th anniversary celebration, after Glastonbury began in 1970.

Over the years, the stages have been home to iconic musicians, but it all began with Michael Eavis.

Who is Michael Eavis?

It all began when Michael and his wife Jean visited the Bath Festival of Blues in 1969 and saw Led Zeppelin perform.

Emily, 42, has continued the legacy of Glastonbury, and she now organises the festival.

How long has he owned Worthy Farm?

Michael has owned Worthy Farm in Somerset since 1954, when he inherited it from his father following his death.

It operated as a dairy farm until 1970, when the first festival was held.

Every five years, Glastonbury has a fallow year, which helps the farmland to recover from the festivals.

What is his net worth?

Michael is thought to have a net worth of around £1.2million.

While the festival makes tens of millions each year, he reportedly pays himself an annual salary of £60,000 and donates around £2million per year to charity after paying his staff and event costs.

MORE : Glastonbury’s Emily Eavis emotional as people return to Worthy Farm for first time in three years: ‘I had to step away’

Asking For A Friend: Should differing libidos be a relationship dealbreaker?

It comes down to your wants and needs (Picture: Metro) Sex, intercourse, love-making, boning; whatever you call it, it’s undeniably important to a modern-day relationship.  But how we have sex – and how often – will differ from person to person, relationship to relationship.  The other day, one friend told me that her and her […]

Taraji P. Henson said the reversal of Roe v Wade was a ‘sad day for America’ (Picture: AP) Taraji P. Henson slammed ‘the fact that guns have more rights than a woman’ as she opened the BET Awards 2022 on Sunday. The Empire actress addressed the US Supreme Court’s recent reversal of the landmark Roe […]