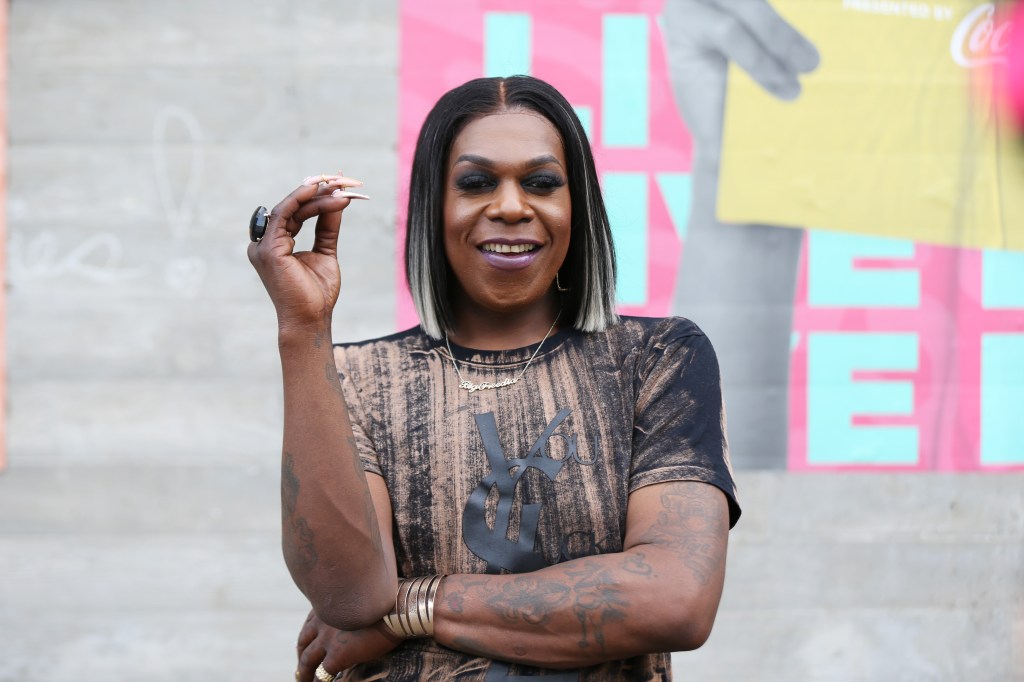 Big Freedia is having a better Tuesday than all of us as she appears on Beyonce’s brand new track (Picture: Getty Images)

Beyonce made everyone’s day when she dropped new music out of absolutely nowhere, and none more than her guest vocalist.

Fans had been told to expect Beyonce’s new album Renaissance this summer, and on Tuesday were surprised with an absolute gift in the form of a brand new single.

New track Break My Soul is Beyonce’s first new song since Be Alive, which was part of the soundtrack for biopic King Richard.

Queen Bey isn’t alone on the new song, however – she is accompanied by guest vocalist Big Freedia, with part of the song sampling Freedia’s 2014 track Free Your Mind.

Rapper Big Freedia is well-known for her work in bounce music, a form of hip hop, and previously collaborated with Beyonce on her 2016 album, Lemonade, on track Formation.

She took to Twitter on Tuesday absolutely bursting with joy over the release of Beak My Soul, writing: ‘It feels surreal to be on the track with the Queen Beyonce once again.’

The rapper added: ‘I’m so honored to be apart of this special moment I’m forever grateful lord (sic).’

Along with a series of emojis, Big Freedia added: ‘Someone please catch me!’

Freedia – also known as Freddie Ross Jr – is based in New Orleans, and uses she/her pronouns while identifying as a gay man.

She began performing as a child in the school choir, but came into her own when she discovered a local drag queen and became her backing vocalist.

The star first rose to prominence around the time her first album, Big Freedia Hitz, was released in 2010, and she was nominated for a Glaad award in 2011.

As well as music, Big Freedia is also known for her appearances on reality TV, becoming the star of her own show on Fuse in 2013 which showcased her life at home and on tour.

First titled Big Freedia: Queen Of Bounce, the series is was later renamed Big Freedia Bounces Back and has been running for six seasons; the show featured everything from Freedia’s mum’s death to her leading hundreds of New Yorkers to break a Guinness World Record for twerking.

The esteemed musician is also the author of a memoir, Big Freedia: God Save the Queen Diva, which was released in 2015.

After her first collaboration with Beyonce, Freedia went on to take part in another major collab, this time with New Kids on the Block, Jordin Sparks, Naughty By Nature and Boyz II Men.

The Lazarus Project is a watch that’s worth the ride

The Lazarus Project makes us question time (Picture: Sky UK Ltd) Let’s be honest, we’ve all wanted the chance to turn back time – to take back that bitchy comment or undo that unwise snog, perhaps? But what if the clock was turning back – just without our knowledge? According to new sci-fi drama The […]

Elden Ring Official Strategy Guide, Vol. 1 and 2 is as beautiful as it is expensive

Knowledge is never free (Picture: Future Press) The long-awaited Future Press strategy guide for Elden Ring is finally up for pre-order, but it’s so massive it’s had to be split into two volumes. Nobody, whatever they tell you, manages to beat a From Software game like Dark Souls or Bloodborne without a little help, whether […]