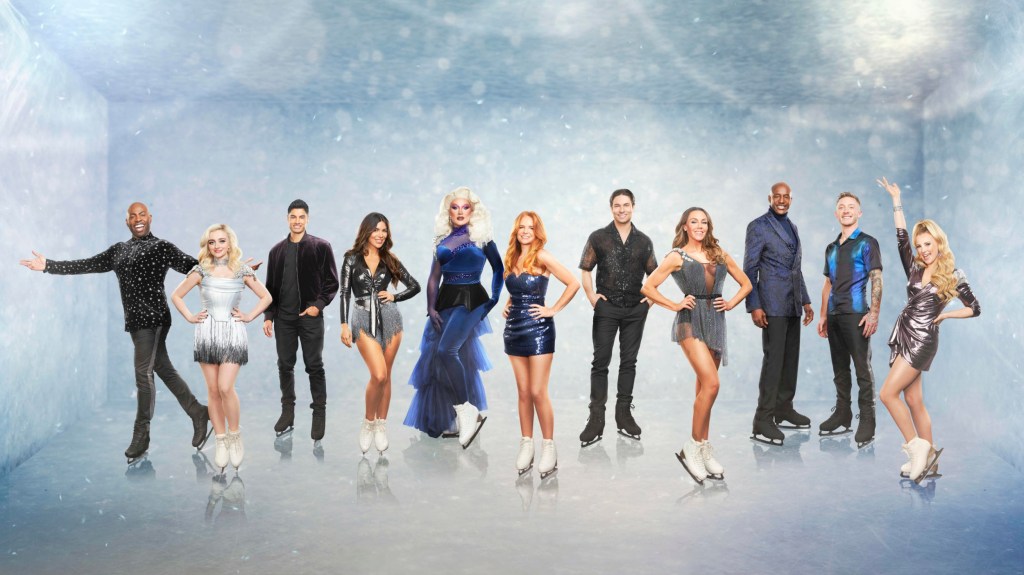 Dancing on Ice has gracefully glided back onto screens in 2023.

Joey Essex, Patsy Palmer and Michelle Heaton are among the stars donning their ice skates this year.

Each week, the celebrity contestants perfect a routine on the ice alongside their professional skater partner, which is then judged by skating legends Jayne Torvill and Christopher Dean, and dancers Oti Mabuse and Ashley Banjo.

The voting public then decides which routines weren’t up to scratch, sending two stars into the skate-off.

So, who has been in the skate-off so far? And which stars have left the show as a result?

John is the first celebrity to skate away on Dancing on Ice 2023 (Picture: Matt Frost/ITV/Shutterstock)

Ex-footballer John Fashanu, 60, was the first star sent home from the 2023 series.

After a performance of Eat My Goal by Collapsed Lung, John and skating professional partner Alexandra Schauman were given just 19 out of 40 points by the judges, meaning they had to face Ekin-Su Cülcüloğlu in the skate-off.

John and Alexandra performed a second routine, to Norman Greenbaum’s Spirit In The Sky.

Ultimately, the judges decided to keep Ekin-Su, meaning John was the first star to leave the ice rink for good.

‘It’s been great,’ an upbeat John told hosts Holly Willoughby and Philip Schofield after being voted out. ‘Nevertheless, whatever happens, it has been wonderful.’

He also joked: ‘Oh yes! I shall carry on skating and who knows, I might even start teaching people.’

Who is still competing in Dancing on Ice 2023?

MORE : Ekin-Su Cülcüloğlu feeling ‘blessed’ after surviving first Dancing On Ice skate-off against John Fashanu: ‘Thank you for believing in me’

MORE : The Vivienne ‘honoured’ to be first drag queen on Dancing On Ice as she serves in first Cher-inspired skate

Was Schiaparelli’s show a faux fur success, or just a faux pas?

The show hasn’t quite been the roaring success the designer imagined… (Picture: by Marc Piasecki/WireImage) It’s Paris Fashion Week and one fashion house has already created quite the stir… On Monday, at the Schiaparelli show, US designer Daniel Roseberry styled his models – and one celebrity in the audience – in outfits featuring shockingly life-like […]

Pep Guardiola is determined to beat his former protege Mikel Arteta (Photo: Getty) Pep Guardiola says he is prepared to ‘fight on the touchline’ with Mikel Arteta when Manchester City play Arsenal in the FA Cup. The Citizens host the Gunners on Friday night in the first meeting between the two Premier League title contenders […]

What disease does Frank have in The Last of Us?