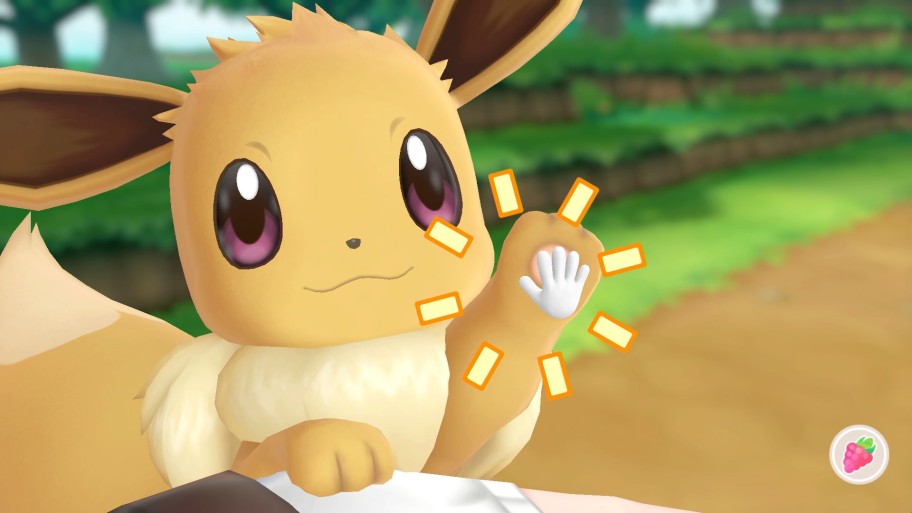 Eevee is listed as ‘rarely seen’ in Pokémon Scarlet and Violet but you should be able to catch one if you know where to look.

Given that Eevee is one of the most popular and cutest pokémon of all time, it’s no surprise to learn that they are a part of Pokémon Scarlet and Violet – even if they’re rarely seen in the wild

Eevee doesn’t always appear on the mini-map when you’re near it, which obviously causes some problems, but it doesn’t mean that it’s impossible to find.

Even though you might not see it roaming as freely as Lechonk, there are three locations in Paldea where you’ll be sure to encounter one.

If you’ve met an Eevee before then go to its page in the Pokédex and you should be able to see that it lives near towns and cities, so that should be your first clue.

However, to make things way easier for you, the three most likely locations that Eevee spawns in are:

Keep your eyes peeled for an Eevee in these spots (pic: The Pokémon Company)

Still, Eevee is a rare spawn, so you might find yourself looking for a while, even when you’re at these locations.

Amongst these three spots, the plains to the northwest of Medali seem like the most reliable option if you’re around halfway into the game, in comparison to the route leading to Pokémon League.

Don’t be too distracted by any group spawning spots either, as Eevee usually spawns on its own.

If you don’t get lucky on your first attempt, you can try to get an Eevee to spawn by leaving and coming back to the area, for example, try going to a distant town and then travel straight back to where you were.

This trick will cause the area to reload, and you’ll be presented with a new variety of local pokémon spawns.

There’s always the alternative of hatching your very own Eevee if you’ve got the patience for it, as its evolutions can be found in the games.

For example, if you have a Vaporeon and a Flareon of differing genders, take out the picnic table from the storage. This will cause them to breed and eventually lay an egg, from which a baby Eevee will hatch.

If you manage to get yourself an Eevee, one way or the other, you might want to duplicate them using a newly-discovered farming exploit – though you should be quick to do so, before it gets patched up.

After all, Eevee is quite a useful pokémon to have as it can evolve into …read more

Darcey Croft next to her bath (Picture: PA Real Life) A 49-year-old who was once a clinical hypnotherapist specialising in phobias has a fear of baths overflowing, causing her to have severe panic attacks and feel as if she is ‘about to pass out’. Mother-of-four Darcey Croft, a specialist mental health midwife from Beaconsfield in […]

Molly-Mae Hague almost rushed to hospital after ‘excruciating’ pain amid pregnancy: ‘I was freaking out’

Molly-Mae Hague and Tommy Fury are expecting their first child together (Picture: @mollymae, Instagram) Molly-Mae Hague has revealed how she nearly called an ambulance after falling ill recently during her pregnancy.  The former Love Island star is currently more than seven months pregnant with her first child with boyfriend Tommy Fury.  Shortly after announcing the […]

It’s an initiative the Welsh government are looking into (Picture: Getty) McDonald’s drive-thru customers could have their car number plates printed on food packaging in an effort by the council to deter littering. The Welsh government has ‘explored’ the possibility with the fast-food chain after Plaid Cymru reported a rise in rubbish following the first […]