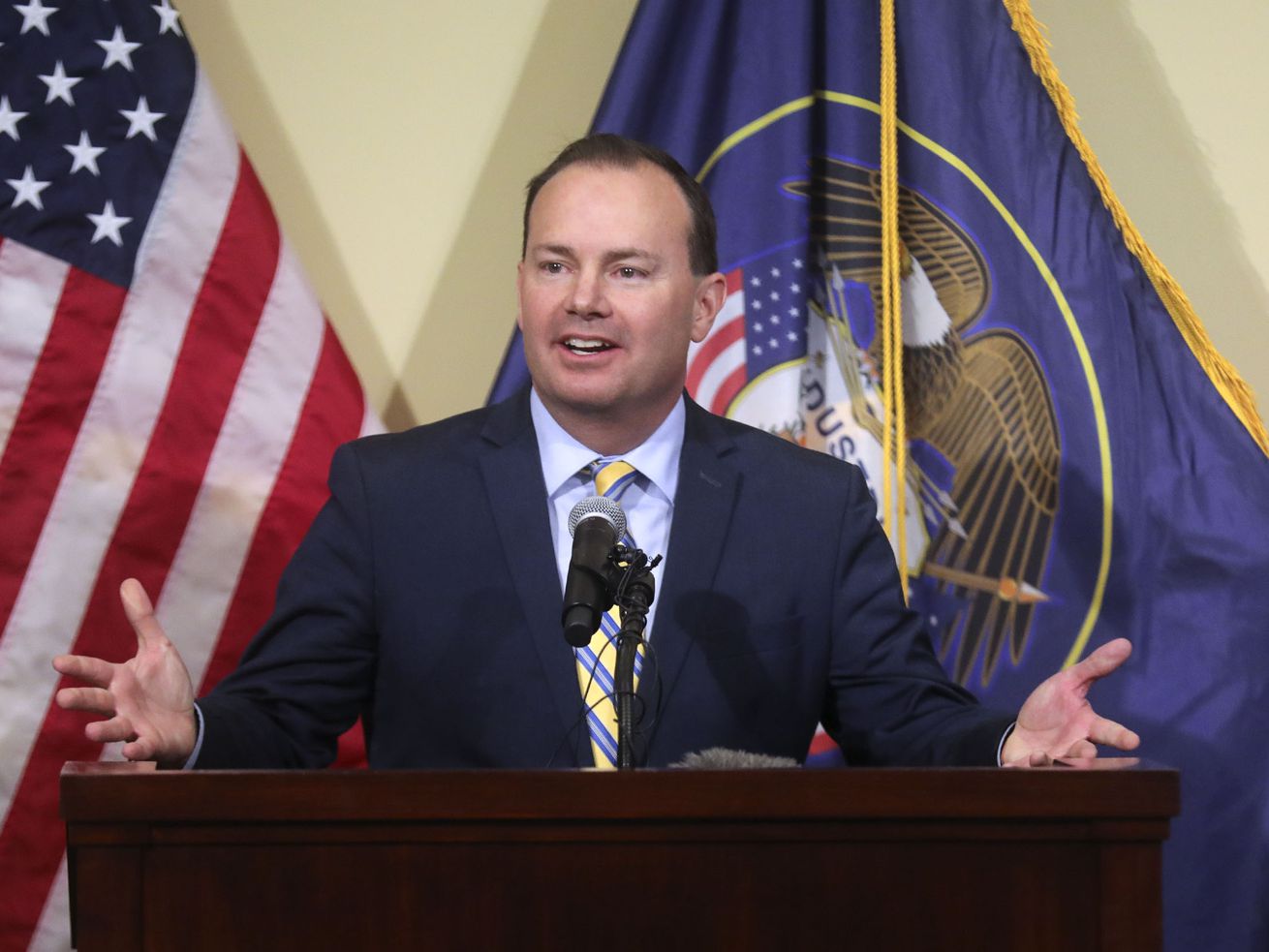 The Republican senator from Utah ignited a debate after the vice presidential debate with tweets about his views on government and the Constitution.

SALT LAKE CITY — Utah Republican Sen. Mike Lee created an uproar on Twitter for his tweets during and after Wednesday evening’s vice presidential debate, particularly his declaration: “We’re not a democracy.”

The senator, who is in isolation in Washington, D.C., after testing positive for the coronavirus last week, began the live tweets by welcoming the candidates to “the most beautiful state in America” and spoke about Utahns’ voracious Jell-O appetites.

Utah became a state in 1896, nearly 50 years after applying for statehood as the State of Deseret. We consume more Jello on a per capita basis than any state in the Union.

“The word ‘democracy’ appears nowhere in the Constitution, perhaps because our form of government is not a democracy. It’s a constitutional republic. To me it matters. It should matter to anyone who worries about the excessive accumulation of power in the hands of the few,” Lee wrote.

During the next 28 minutes, he sent out five more tweets that ranged from his musing on governmental powers to defending his maskless public appearance that is suspected to have led to the senator catching the coronavirus.

“We’re not a democracy,” Lee wrote more affirmatively at 7:34 p.m. By Thursday afternoon, the statement had more than 22,000 likes and nearly 9,500 retweets.

We’re not a democracy.

And then after midnight, Lee doubled down, writing “Democracy isn’t the objective; liberty, peace, and prospefity (sic) are. We want the human condition to flourish. Rank democracy can thwart that.” The early Thursday morning tweet had around 29,000 retweets later in the afternoon — with many expressing opposition to the senator’s views.

Steven Schmidt, a former senior presidential campaign adviser to Sen. John McCain who co-founded the Lincoln Project, said: “The attainment of liberty, peace and prosperity can only be achieved through democracy. This isn’t an abstract, academic argument that Sen. Mike Lee is making. It is the authoritarian argument in a nutshell. Astonishing statement from a United States Senator.”

“It would be fun to run against this guy,” Schmidt said, tagging the Lincoln Project, a group of Republicans who do not support President Donald Trump.

run against this guy. Someone should think about it. @ProjectLincoln

Several digital outlets reported on the Twitter debate over Lee’s views on democracy.

Lee’s spokesman Conn Carroll told Vox in an email: “At a time when Democrats want to pack the Court, eliminate the Electoral College, and turn the Senate into the House, it is very good that Americans are re-reading The …read more

The oldest college in every US state

Summary List Placement The United States is home to some pretty old colleges and universities. In fact, there are more than a dozen that are older than America itself — none older than Harvard University, which was founded in 1636. Meanwhile, other states took longer to open their first colleges. The most recent state to […]

Summary List Placement Early Wednesday morning, raccoons returned to the the White House and tried to attack at least one reporter. CNN reporter Joe Johns was trying to do an early morning live shot for “New Day” when a raccoon approached. Johns sprung into action, throwing the nearest object at the critter and telling it […]

2 years after quitting her corporate job, an entrepreneur built a 7-figure business. Here’s her method for writing Instagram captions that generate sales

Summary List Placement Instagram is one of the most powerful platforms to market your business, build a loyal customer base, and generate sales.  To make the most impact, your posts need compelling visuals that embody your brand and clever captions to match. But writing good captions isn’t everyone’s forte, so it helps to start with […]