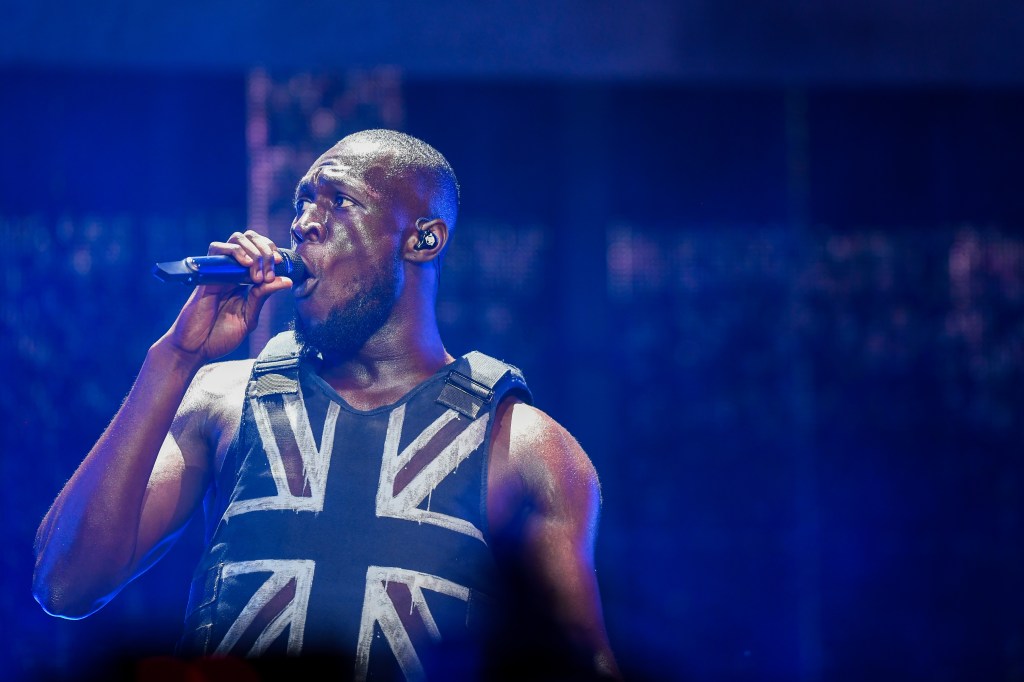 We’re just days away from the start of the 2022 Glastonbury Festival, and fans are already gearing up for an exciting weekend of music and entertainment.

It will be the first proper Glastonbury Festival since 2019, which saw Stormzy headline the Pyramid Stage, alongside The Killers and The Cure.

Stormzy, whose third album is set for release later this year, took the famous stage on the Friday night, with over one million people watching from home according to BBC viewing figures.

Festival organiser Emily Eavis admitted that he should have headlined much sooner than he did.

He performed major hits Vossi Bop and Big For Your Boots to a crowd of over 100,000 at Worthy Farm.

The performance was perhaps best remembered not just for Stormzy’s iconic outfit, the Banksy-designed Union Jack bulletproof vest, but when he encouraged the crowd to shout ‘F*** the government and f*** Boris’.

Will Stormzy be headlining or performing at Glastonbury in 2022?

But will the six-time MOBO Award winner take to the stage at this year’s Glastonbury Festival?

The answer, unfortunately, appears to be: no. After headlining in 2019, the Heavy is the Head rapper will be taking some time off from Glastonbury on this occasion.

However, Stormzy will be headlining at Finland’s Weekend Festival 2022 on July 2, as well as the Mad Cool Festival in Madrid, Spain on July 7 and the NOS Alive Festival in Portugal on July 8.

Who is headlining instead of Stormzy at Glastonbury 2022?

The 2022 festival will see Billie Eilish, Paul McCartney, and Kendrick Lamar headline the Pyramid Stage this time, and all three acts are expected to be watched by a crowd of 142,000 people – the largest for 15 years.

Train strikes and travel chaos are expected to hit festival goers, with half of all train services expected to be cancelled. But that won’t stop music lovers from getting their festival fix – and the weather is expected to be relatively kind to those camping out in tents, hoping for bright sunshine and dry days.

MORE : How to register for Glastonbury 2023 tickets and when do they go on sale?

MORE : How to get to Glastonbury Festival 2022 amid train strikes

Usyk wore a ‘colours of freedom’ shirt with the Ukraine colours on Tuesday (Picture: Getty) Oleksandr Usyk has dismissed the suggestion the ongoing war between Ukraine and Russia will give him extra motivation against Anthony Joshua this summer. Last September, Usyk travelled to London and became the IBF, WBA and WBO heavyweight champion after dethroning […]

Robert Downey Jr (L) and Johnny Depp pictured at the 2011 Golden Globes (Picture: Getty Images) Johnny Depp received a celebratory call from his friend Robert Downey Jr immediately after the Amber Heard trial verdict was revealed, it’s been confirmed. The Pirates of the Caribbean actor won the defamation case against his ex-wife after a […]