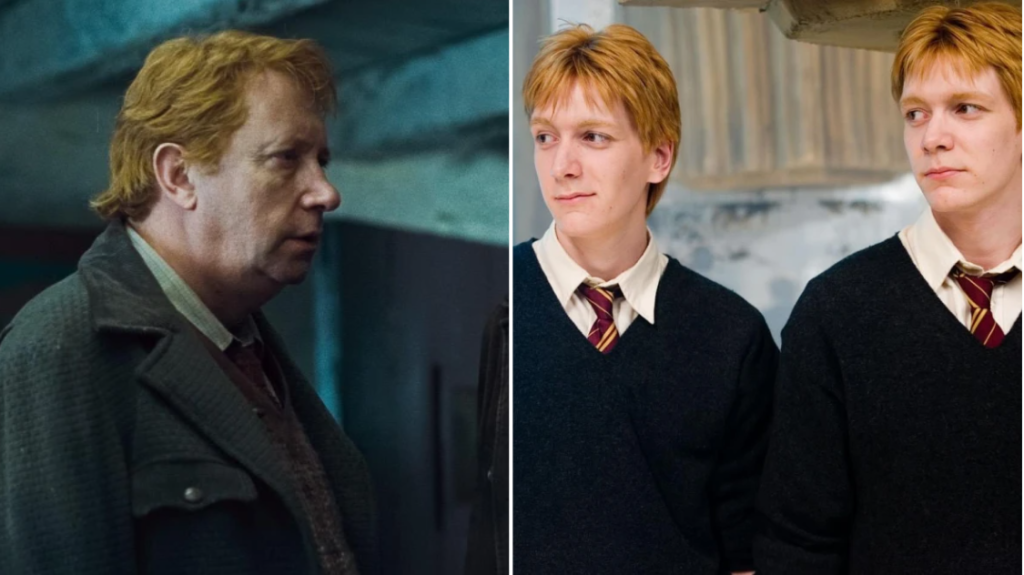 Good news for Harry Potter fans, as Weasley twins James and Oliver Phelps are reuniting with their on-screen dad Mark Williams for an epic adventure on the road.

It’s been 12 years since the trio last appeared together for the final film Harry Potter and the Deathly Hallows part two, but they’ll soon be back on screen for season two of Fantastic Friends.

If you’ve been living under a rock, Fantastic Friends follows James and Oliver – aka Fred and George Weasley – as they take on high-octane adventures with their celebrity friends.

Mark, who played Arthur Weasley in the franchise, will be joining the pair for all the action.

Game of Thrones star Alfie Allen is also on the bill for the upcoming instalment, as is The Sandman’s Corey Mylechreest, and The Fugitive’s Genesis Rodriguez.

Mark will be joining the twins for their Fantastic Friends series (Picture: LFI)

Filming for the travelog series this time around took place in a sprawling variety of locations, ranging from Australia, Florida, and Chile, to the Swiss Alps and Singapore.

And of course, the thrilling activities are just as next level as we’d expect, with the duo and their guests taking on ice climbing, ghost hunting, snowmobiling and much more, all with a hint of magic.

Oh, and if that wasn’t enough, the second season is even bigger than its predecessor with eight episodes instead of six.

‘We’ve travelled far and wide to destinations including Australia, Singapore and Chile, taking on all sorts of adventures. We even picked up motorbike licences so we could tour through the Alps with our old friend Stan Yanevski.

‘This season we’ve filmed eight episodes, so we’ve been able to travel with old friends from the Harry Potter movies and some newer friends we’ve made along the way.’

Fantastic Friends season 1 is available to stream on HBO Max.

Chelsea fans have already come up with a new chant for Myhailo Mudryk (Picture: Getty / Instagram) Chelsea fans got a first glimpse of new signing Mykhailo Mudryk in action on Saturday and absolutely loved what they saw from the €100million man. The Ukraine international had only taken part in two training sessions with his […]

…read more Source:: Metro        (Visited 1 times, 1 visits today)Angry mob attacks another tourist for climbing ancient temple to get a selfie To view this video please enable JavaScript, and consider upgrading to a web browser that supports HTML5 video This is the moment yet another tourist…Gabriel Paboga Intends to Tell Isabel’s Parents He’s […]

The King could have been setting sail on this huge superyacht (Picture: Vitruvius Yachts / SWNS) A design for King Charles’ zero carbon multi-million-pound superyacht that was scrapped last year has been unveiled. London-based firm Vitruvius Yachts revealed plans for their previously confidential proposal for the Royal Yacht Britannia. When the British government invited concepts […]