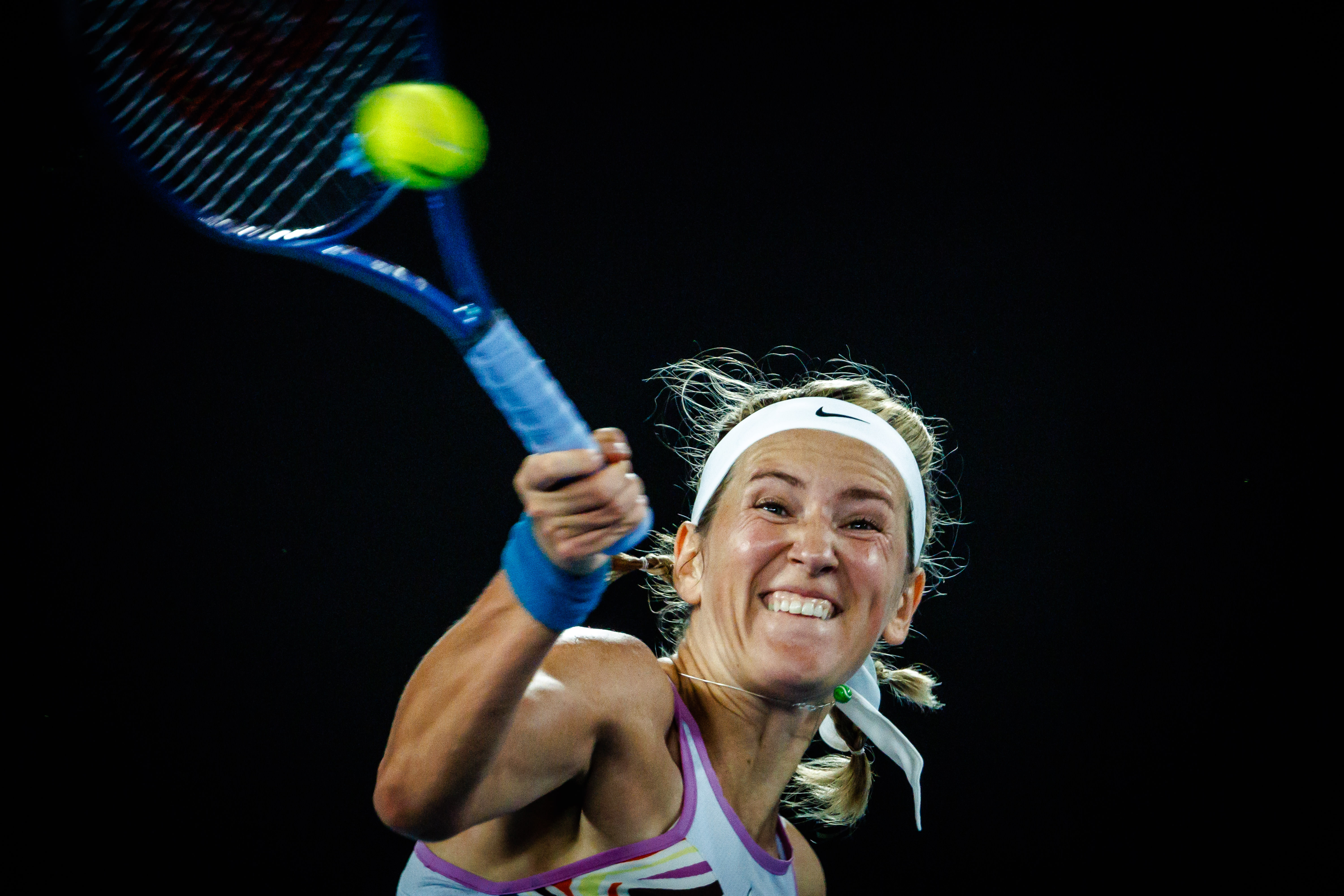 Azarenka spoke of the hurt caused by critics (Picture: Rex)

Victoria Azarenka said it has taken her ten years to get over the criticism she faced following her last Australian Open semi-final after finally making it back to the last four.

The Belarusian, 33, defeated Jessica Pegula 6-4, 6-1 in the quarter-finals and is putting together her best run since winning back-to-back titles in 2012 and 2013.

The second of those proved controversial, with Azarenka taking a long medical time-out after failing to serve out a semi-final win over Sloane Stephens.

Azarenka broke in the next game to clinch victory and later said she had experienced pain in her chest.

Asked about the incident, a fired-up Azarenka, who next faces Wimbledon champion Elena Rybakina in the last four, said: ‘It was one of the worst things I’ve ever gone through in my professional career, the way I was treated after that moment.

‘It took me ten f***ing years to get over it. I finally am over that.’

Paul Scholes urged one particular Man Utd star to ‘do better’ (Picture: PLP) Paul Scholes has defended Luke Shaw amid criticism from fellow Manchester United pundits and has urged a different player to ‘do better’. Erik ten Hag’s side were beaten 3-2 by Premier League leaders Arsenal on Sunday with Eddie Nketiah registering a 90th-minute […]

All three siblings are really close and get on well (Picture: Jacqui Doyle) When my 15-month-old son Louie got poorly, I thought it was just a sickness bug. Little did I know that it would cost him his life – or that it would soon take my daughter, too. For a couple of days, we […]

South Korean striker Hyeon-gyu Oh signed for Celtic yesterday (Picture: SNS) Celtic’s new South Korean signing Hyeon-gyu Oh said he ‘feels like he’s on a movie set’ after securing a ‘dream’ move to Parkhead. The 21-year-old forward, who has one senior cap for his country, has moved to the Scottish champions for an undisclosed fee […]