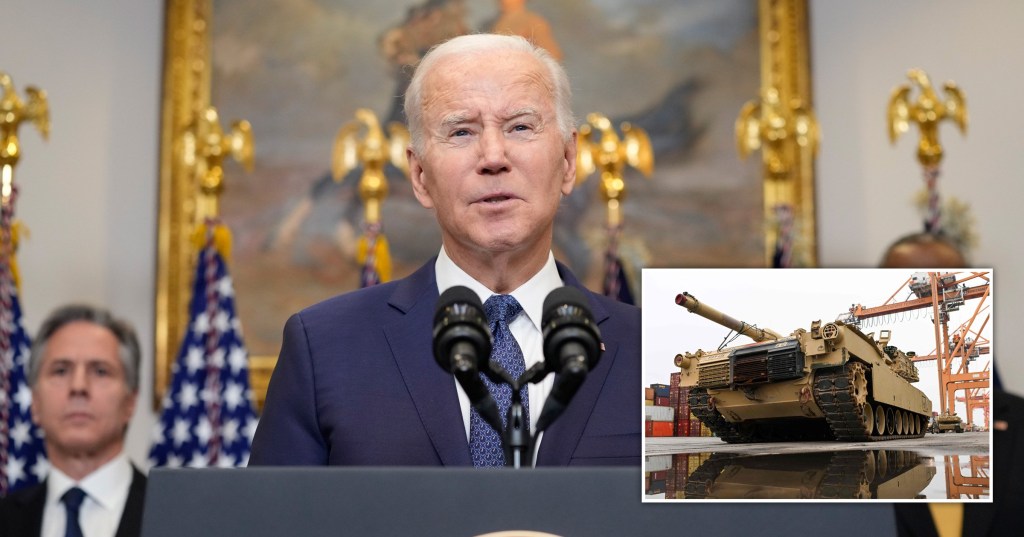 In a reversal, President Joe Biden announced that the US will send 31 Abrams tanks to Ukraine (Pictures: AP/Getty Images)

The US will send 31 Abrams tanks to Ukraine – a significant blow to Russia’s continued war on its sovereign neighbor.

President Joe Biden on Thursday announced he would send the tanks, in a reversal from the US’s earlier stance that Abrams tanks were not suitable for Ukrainians.

‘These tanks are further evidence of our enduring, unflagging commitment to Ukraine and our confidence in the skill of Ukrainian forces.’

Extraordinary review: It stands out from the crowd compared to other superpower shows

Charity waits for news (Picture: ITV) Sarah Sugden (Katie Hill) hasn’t had it easy in Emmerdale. Leukaemia was followed by throat cancer, and the side effects of the treatment she had for this led to her needing a heart transplant. For someone so young it’s been a lot, and she and her family live with […]

Coronation Street spoilers: Christina exits after a row with Jenny

Christina has decided to stay away (Picture: ITV) Christina Boyd (Amy Robbins) hasn’t been around for long, but she has already made the decision to leave Coronation Street, for now at least. Tonight’s episode saw her explain her decision to daughter Daisy Midgeley (Charlotte Jordan), who is currently balancing the stress of wedding planning with […]