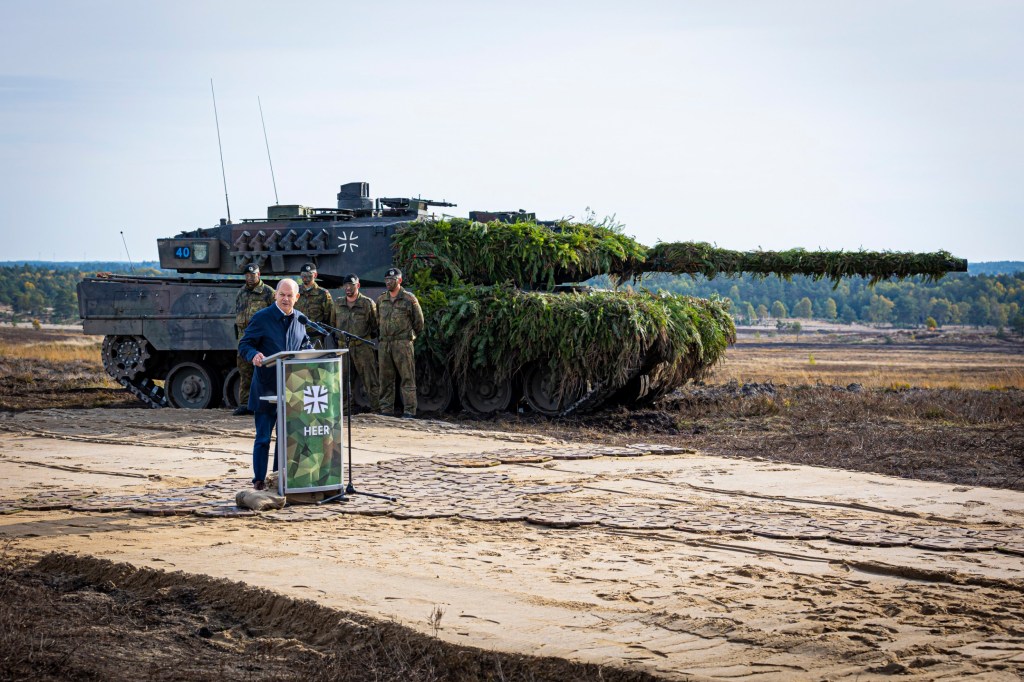 The US and Germany plan to send tanks to Ukraine for the first time in what Kyiv hopes will be a ‘game changer’.

Germany is poised to send at least 14 Leopard 2 tanks, with chancellor Olaf Scholz expected to make the announcement in parliament this morning.

Meanwhile the US is expected to send over at least 30 M1 Abrams tanks, with an announcement by Joe Biden potentially expected today.

Current timings remain unclear and it could take many months – even years – for the tanks to reach the battlefields.

The Kremlin hit back at both nations. A spokesperson said Germany’s decision would ‘bring nothing good’ and leave ‘a lasting mark’ on relations with Russia.

Russia’s ambassador to the US said their decision was ‘another blatant provocation’.

Until now, the US and Germany resisted pressure to send tanks to Ukraine.

But the news comes after Ukraine asked for heavier weapons and said battle tanks could help Kyiv’s forces seize back territory from the Russians.

Germany is set to send Leopard 2 tanks as pictured above (Picture: EPA)

It could prove to be a big turning point in the war (Picture: Getty Images)

German officials were reluctant to send over their tanks unless the US also agreed to do so as well.

‘If the Germans continue to say we will only send or release Leopards on the conditions that Americans send Abrams, we should send Abrams,’ democratic senator Chris Coons, told Politico on Tuesday.

Germany has gone through months of political debate about the issue – with fears sending tanks could escalate the conflict and directly involve Nato.

Meanwhile there are fears in the US the Abrams tanks require extensive training and maintenance because they are high-tech.

The UK has already sent Challenger Two tanks to Ukraine.

Prime minister Rishi Sunak confirmed the commitment during a call with president Volodymyr Zelensky earlier on this month.

Man guilty of robbing Mark Cavendish of £700,000-worth of watches at knifepoint

The company is scheduled to announce its earnings for the last three months of 2022 on Thursday (Picture: Reuters) Streaming giant Netflix has just posted an unusual job listing for a flight attendant on one of its private jets. The successful applicant stands to make as much as $385,000 (£313,538) a year, based in Northern […]