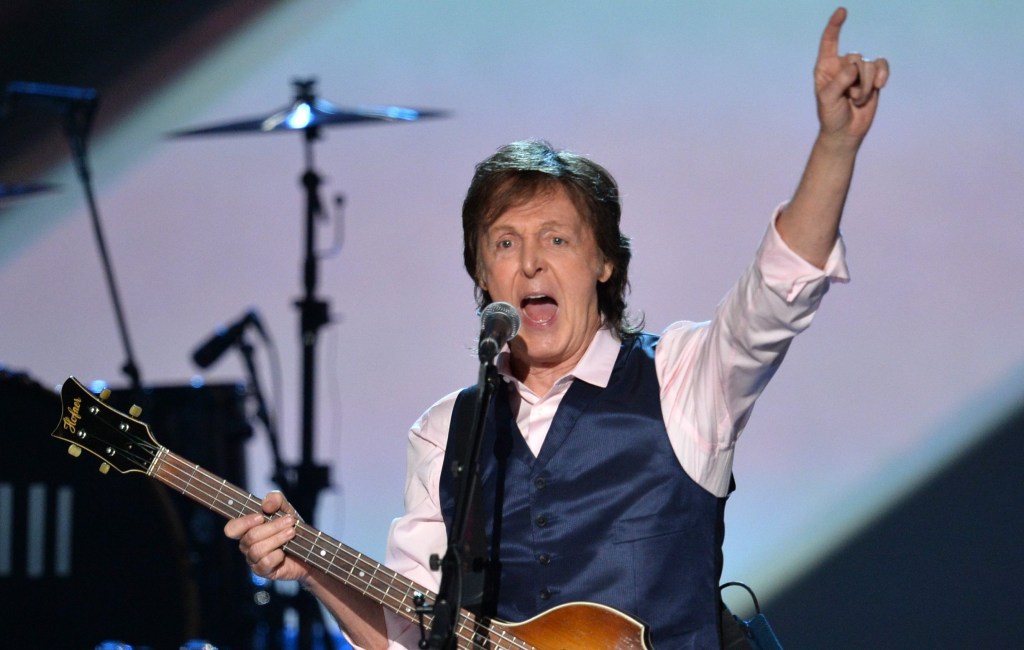 The pictures will be available to see in the National Portrait Gallery (Picture: Getty)

Sir Paul McCartney’s unseen pictures are set to be on display at the National Portrait Gallery this year.

The exclusive images in question were taken between December 1963 and February 1964 – from the emergence of Beatlemania in Liverpool to performing on The Ed Sullivan Show in New York for an audience of millions.

In 2020, the 80-year-old musician approached the gallery – which will reopen in June after three years of major refurbishments – after coming across the images, he believed were lost.

During a recent press briefing, the director of the gallery Dr Nicholas Cullinan said the team sat down with the Eight Days a Week hitmaker and hailed the missing pictures ‘really extraordinary.’

‘To see these images which are unseen, of such a well-documented, such a famous and important cultural moment…,’ he said.

‘And the fact they were taken by someone who was really, as the exhibition title alludes, in the eye of the storm, looking outside at what was happening.’

The pictures were taken during the height of Beatlemania (Picture: Bettmann Archive)

The National Portrait Gallery will reopen later this year (Picture:WireImage)

Paul McCartney Photographs 1963-64: Eyes of the Storm will run between June 28 and October 1 and is one of two major exhibitions that will launch the gallery’s summer programme.

Yevonde: Life and Colour will explore the life and career of the 20th century photographer Yevonde, who pioneered the use of colour photography in the 1930s, and will run from June 22 to October 15.

Glastonbury 2022 headliner Sir Paul recently opened up on the death of Beatles bandmate John Lennon, saying he found it ‘so difficult’ to cope after Lennon’s death, which occurred 42 years ago last month.

In an interview with Sirius XM’s The Beatles Channel, Sir Paul said Lennon’s tragic and sudden death ‘hit me so much that I couldn’t really talk about it’.

He recalled how strange it was to hear people on TV already referring to Lennon in the past tense on the day he died, saying: ‘Well John Lennon was this, and he was, was this.’

‘It was just too deep. I couldn’t put it into words.’

Basil Isaac said ‘they took everything, but not my talent’ (Picture: Basil Isaac/Getty/Google) A percussionist has been left thousands of pounds out of pocket after his car was robbed of music equipment. Basil Isaac had popped into an Aldi in Stratheam, London on January 26 and locked his car behind him. But upon his return, […]