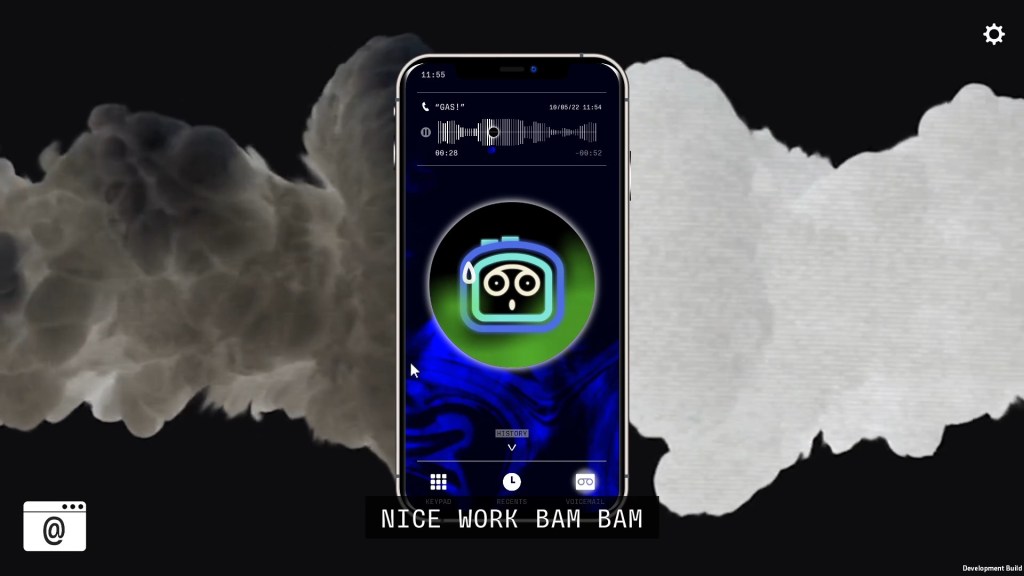 Why use a mouse or gamepad when you can talk to a game instead? As this innovative techno-thriller makes clever use of voice recognition.

There’s something about the phrase ‘voice-controlled adventure game’ that has the potential to immediately alienate a large percentage of gamers. Is it a gimmick? Will it work as well as it claims to? The answer to both of those is yes, but also no. It’s a simple concept executed in a much more complex way than it first seems, but not without its hiccups.

Unknown Number sees you taking on the role of ‘Casey’ – although the game acknowledges that that’s not your real name. It seems the voice recognition technology isn’t quite smart enough to implement your actual name into the game, which is one of a small handful of areas where it falls short. As the game begins, you find yourself on the receiving end of a series of calls from, guess what? An unknown number.

You’re introduced to Amanda Reid and Ethan Hammer, who initially don’t realise they’ve misdialled their intended recipient. Casey quickly becomes embroiled in their plans to take down oil manufacturer Sigoil, after they pledged their life to an underground eco-warrior movement run by children. This involves stealing a substantial amount of crypto currency via fraudulent entry to a series of secret vaults aboard an oil rig.

The voice recognition feature is used heavily throughout the entire game, with a series of different puzzles and challenges to be completed in order to gain entry to the vaults. Far from just verbalising answers to questions, these vaults will expect you to match volume, pitch, and patterns perfectly in order to crack the codes, and there isn’t a skip feature if you can’t quite manage it.

One such challenge sees Casey pitted in an intense battle of verbal noughts and crosses, with the mobile device cleverly using the keypad as the game board and marking the placements as turns are taken. The AI here is not stupid, and will not allow an easy win, blocking any attempts at three-in-a-row almost before Casey finishes taking their turn. Another challenge sees the player having to match the exact voice pitch of a board member of the oil company in order to fraudulently listen in to a confidential phone call without being detected.

This is a truly impressive feat for tiny indie studio Godolphin Games, especially considering this is their first foray into video game production, but could prove frustrating for those unable to pitch a note to save their lives… or Amanda and Ethan’s.

The plot is well thought out, albeit a little cliché in places, and in a 2.5 hour first playthrough, some of the characters do get more than a little irritating. However, just as the concept of finding a vault, cracking its code, and stealing a wallet starts to get repetitive, the plot throws in a few surprises and you’re forced …read more

How to keep your house warm this winter

Expert Jane O’ Connor has some tips for staying warm through the colder months (Picture: Getty Images/iStockphoto) With energy bills going through the roof this winter, we’re already switching off lights, taking less time in the shower and unplugging the tumble dryer to save money. But are there more cost-effective ways to reduce our energy […]

We literally couldn’t be more excited (Picture: Steven Ferdman/Getty Images) It’s understandable why Rihanna has said she’s ‘nervous’ about performing at next year’s Super Bowl Halftime Show but, like much of the internet, she’s also excited for the ride. News of the multi award-winning singer’s starring role in one of the biggest nights of the […]