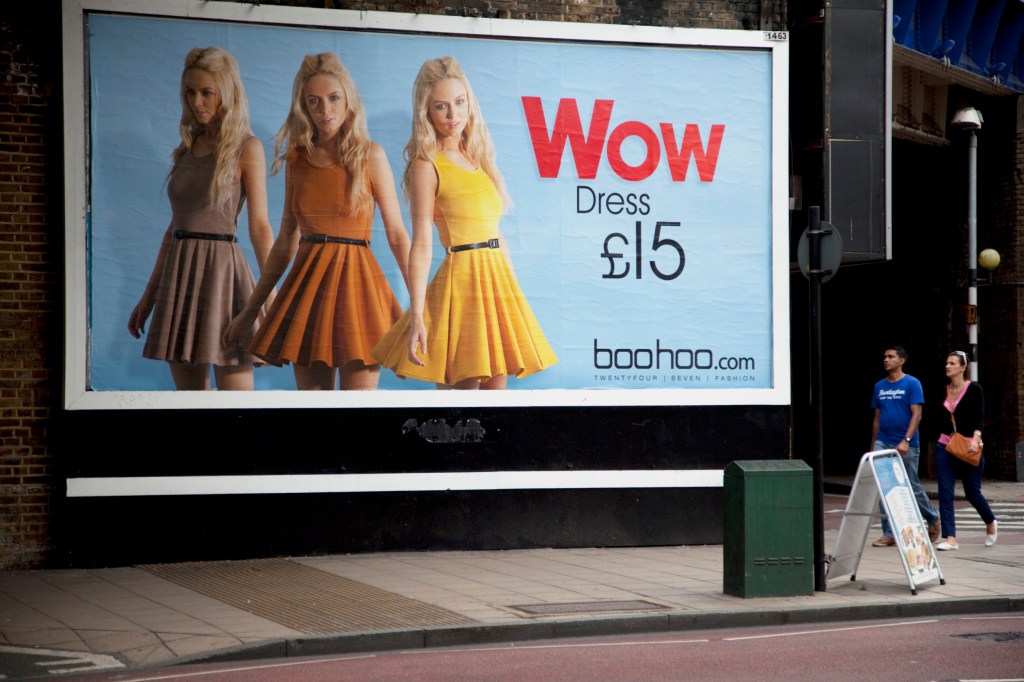 A journalist who worked undercover at a Boohoo warehouse has criticised the ‘dehumanising’ way he and his colleagues were treated.

Tom Ball said he was told to wear thick socks to avoid blisters and leave his watch at home because knowing the time would make the shift go slower.

He worked as a picker at the fashion giant’s depot in Burnley, Lancashire, for a month between August and September.

The ‘demoralising’ role saw Tom filling a trolley with products customers ordered online and then handing it to a packer to put together for delivery.

He claimed pickers walk up to 13 miles a day doing this – the equivalent of half a marathon, according to The Times’ investigation.

But Boohoo denies this, insisting Tom walked an average of 7.8 miles per shift. The company also stressed he only walked 3.5 miles on one night.

Pickers have to wear a device strapped to their forearms which Tom says is often still covered in sweat from the shift before.

Tom worked at the warehouse in Burnley, Lancashire, for a month (Picture: Google Maps)

Boohoo said it is taking The Times’ claims seriously but ‘does not believe the picture painted’ (Picture: Rex)

It directs them where to find whatever item has been ordered, but it also monitors their every move – tracking whether they hit a target of 130 products picked an hour. That’s more than two a minute.

The system reportedly takes note of anyone who spends more than 10 minutes in the bathroom.

Tom claims he was told ‘one or two’ toilet breaks were fine but more than that would lead to a talking-to from the manager.

Pickers work 12-hour shifts with only two half-hour breaks, one of which is unpaid, on £11 an hour.

Tom said the warehouse was too big to run into colleagues very often, but found others ‘reluctant to talk for long, knowing that every second was being counted’.

They are reportedly not allowed to listen to music, leading to ‘lonely work’ with ’11 hours in your own company’.

‘I would often find myself dogged by a succession of minor anxieties,’ Tom said.

He quoted multiple colleagues and former workers who complained about the physical toll of the work.

They spoke about the pain that came with being on their feet all day and ill-fitting safety boots which some claimed made their feet bleed.

Tom said his experience at the warehouse ‘reflects the unreasonable demands made on staff by a workplace that attempts to bed the human condition’.

‘And it reflects the lack of dignity that Boohoo showed towards the people working at the bottom rung of their company,’ he added.

Boohoo said: ‘Boohoo is taking every claim very seriously but does not believe the picture painted is reflective of the working environment at our Burnley warehouse.

‘Over recent years, we have invited and subsequently …read more

Becky Lynch will join Alexa Bliss, Mia Yim, Bianca Belair and Asuka at War Games (Picture: WWE) WWE superstar Becky Lynch made a shock return on SmackDown and joined Team Bianca Belair for Survivor Series War Games. The Man received a hero’s welcome as she was unveiled as the fifth and final member of Bianca’s […]

Defending the tournament, Gianni Infantino said he knows what it’s like to be discriminated against because he used to have red hair (Picture: Lee Wells/SWNS) A pub landlord has pledged to donate any money he makes from the World Cup to an LGBTQ+ organisation after being left disgusted by ‘corrupt’ FIFA. Outrage has been sparked […]