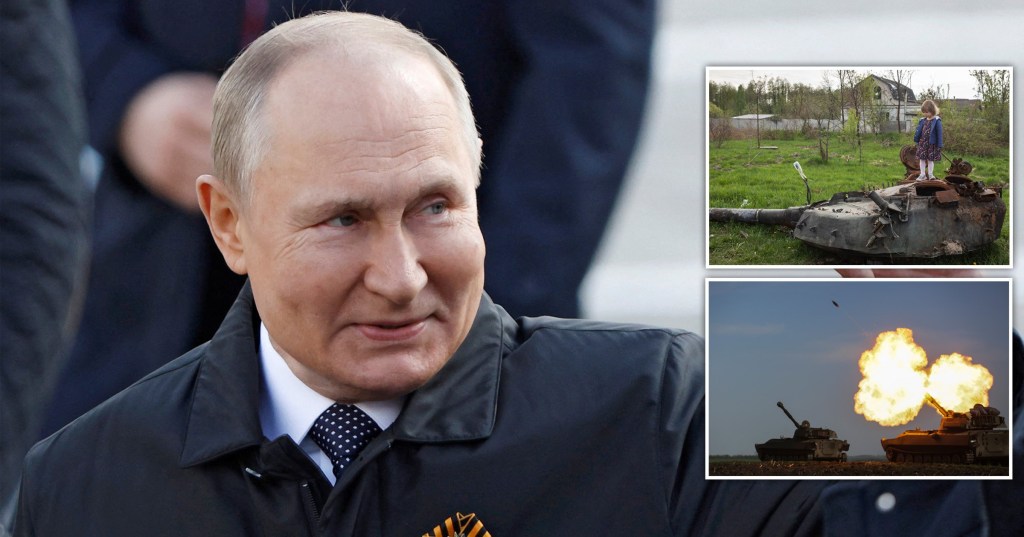 A coup to remove Vladimir Putin from power is already underway and Russia will lose the war by the end of this year, the head of Ukraine’s military intelligence has said.

Major General Kyrylo Budanov, 36, said he is ‘optimistic’ defeat will spell the end for the Russian president, with ‘the breaking point’ in the conflict coming in the late summer.

Speaking to Sky News, he said: ‘Most of the active combat will have finished by the end of this year. It will eventually lead to the change of leadership of the Russian Federation.

‘This process has already been launched. As a result, we will renew Ukrainian power in all out territories.’

General Budanov’s comments are the most confident appraisal given by a Ukrainian official since the beginning of the conflict on February 24.

Rubbishing the perception of Russia as posing a ‘big threat’, he dismissed the army as ‘a horde of people with weapons’ and said ‘this highly publicised Russian power is a myth’.

It comes as an unnamed Russian oligarch is reported to have confessed to a Western colleague that Putin is ‘very ill with blood cancer’.

Putin attends the military parade during 77th anniversary of the Victory Day in Red Square in Moscow (Picture: Reuters)

The billionaire, whose name was withheld for his safety, was said to have been secretly taped expressing his contempt for the ‘crazy’ president’s invasion of Ukraine.

General Budanov similarly claimed Putin is seriously ill, saying he is in a ‘very bad psychological and physical condition and he is very sick’.

Putin’s health has been the subject of intense speculation since he launched his invasion, with his noticeably puffy face said to be caused by using steroids to treat cancer.

Recent video clips have shown him walking with a limp, trembling uncontrollably and gripping the sides of a table while speaking to defence minister Sergei Shoigu.

He also sat with a heavy blanket draped over his legs at the recent Victory Day parade in Moscow’s Red Square.

The unnamed oligarch was recorded saying Putin had surgery on his back linked with blood cancer shortly before the invasion.

New Lines magazine, which obtained the recording, said it was able to authenticate the billionaire’s identity and voice but would not reveal their name because of reprisals.

An investigation last month suggested he was under near-constant supervision by a cancer surgeon and other specialist doctors who would typically monitor a cancer patient.

Meanwhile, it has been claimed that body doubles are prepared to step in and make public appearances when the tyrant undergoes further surgery in the near future.

I’d wear it, no doubt (pic: Niantic) Pokémon Go’s next big event is coming up and it looks like Ultra Beast Nihilego is going to be a major part of it. In a newly released teaser trailer, Pokémon Go developer Niantic have begun teasing the debut of the Ultra Beasts in their mobile game, with […]

Facebook is being sued in Kenya over alleged human trafficking

Meta is being sued for dangerous and degrading environment for its content moderators in Kenya (Picture: Reuters) Facebook is no stranger to lawsuits and this time the tech giant is being sued in Kenya over alleged human trafficking and union-busting. Daniel Motaung, a former moderator working for Facebook-owner Meta filed a lawsuit on Tuesday alleging […]

Leyla faces a huge problem as she struggles to hide her drug addiction (Picture: ITV) Leyla Harding (Roxy Shahidi) finds herself facing a problem in upcoming episodes of Emmerdale as newcomer Suzy Merton (Martelle Edinborough) makes a decision about her drug dealing. Continuing to use Suzy as a source for her drugs, Leyla has started […]