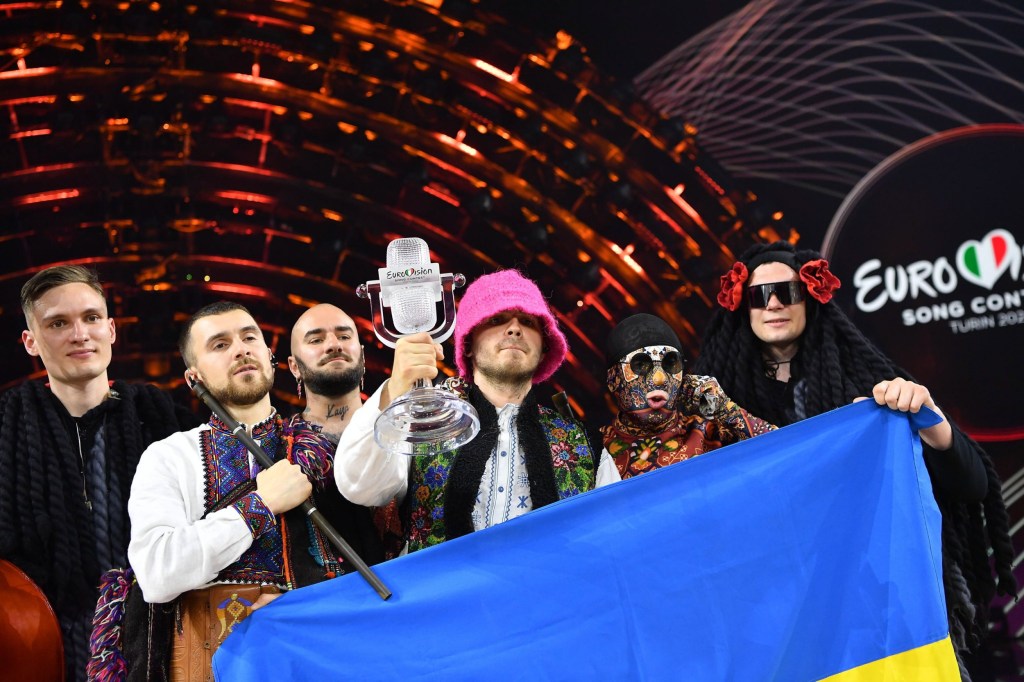 Cities across the UK are continuing to bid for the chance to host Eurovision 2023, after it was announced that Ukraine will be unable to host despite winning this year’s competition with Kalush Orchestra.

With favourites including Glasgow and Manchester according to the bookies, the BBC is currently embarking on the process to make the final decision, as the host broadcaster, alongside the European Broadcasting Union (EBU).

It has since been announced that the selection will be made as part of a ‘two-stage process’, as the cities are assessed to determine their ‘capacity and capability’.

The BBC recently published a Q&A about the decision-making process, explaining that once all of the applications from potential host cities have been received, a shortlist will be created.

This will be ‘based on their ability to meet the requirements and their responses around the capability and experience’, the firm outlined.

The explanation read: ‘The final decision on selecting the host city will be based on a city or region’s capacity and capability in meeting the BBC’s and the EBU’s requirements, as well as availability of resources and general experience in hosting a large and complex event such as the Eurovision Song Contest.

Which UK city could host Eurovision 2023?

After the announcement that the UK will be hosting Eurovision in 2023, with Ukraine officially ruled out, here are the top six cities likely to host the competition as it’s broadcast by the BBC, according to bookmakers:

The SSE Arena at the Odyssey Complex in the Northern Irish city’s Titanic Quarter boasts a 12,000-person capacity, and councillors Anthony Flynn and Seamas De Faoite have urged the city to put a bid forward.

The Welsh city’s Principality Stadium, which held every FA Cup final between 2001 and 2006, can hold a whopping 74,000 people and comes equipped with a roof. The competition has never been held in Wales before.

Not only does Manchester’s AO Arena have the ability to house 21,000 guests, but it’s also extremely close to the BBC’s main studio in Salford. However, Sir Elton John and Magic Mike shows are already scheduled to take place at the arena next May.

Birmingham has already proven it’s capable of hosting Eurovision, having done so in 1998 when Katrina and the Waves’ song Love Shine a Light won the previous year.

The English capital has hosted the competition four times in the past, the last time being back in 1977. The show could take place at the Wembley Arena, which has a capacity of 12,500 people, or the O2 Arena, which could hold 20,000 individuals.

The bookies’ favourite is currently the Scottish city of Glasgow, with Edinburgh having hosted Eurovision in 1972. First Minister Nicola Sturgeon has already suggested the city, which was named the UK’s top cultural and creative city in 2019.

‘For example, last year the EBU’s host city criteria was based on …read more

The conservationist has opened up about his lung cancer diagnosis (Picture: Triangle News/Ian Stratton) A conservationist who hosted Wildlife SOS for over a decade has been diagnosed with terminal cancer, revealing that doctors have given him ‘no idea of the timescale’ for his life expectancy. Simon Cowell, best-known for starring on the documentary series from […]

A large pipe burst underneath a busy road in north London at the height of rush house Roads have been brought to a standstill in north London after a major water main burst. Flooding up to four-foot deep hit Islington this morning after a pipe sprung a leak under Hornsey Road. It comes amid warnings […]

Qixi Festival: What is it and how is it celebrated?