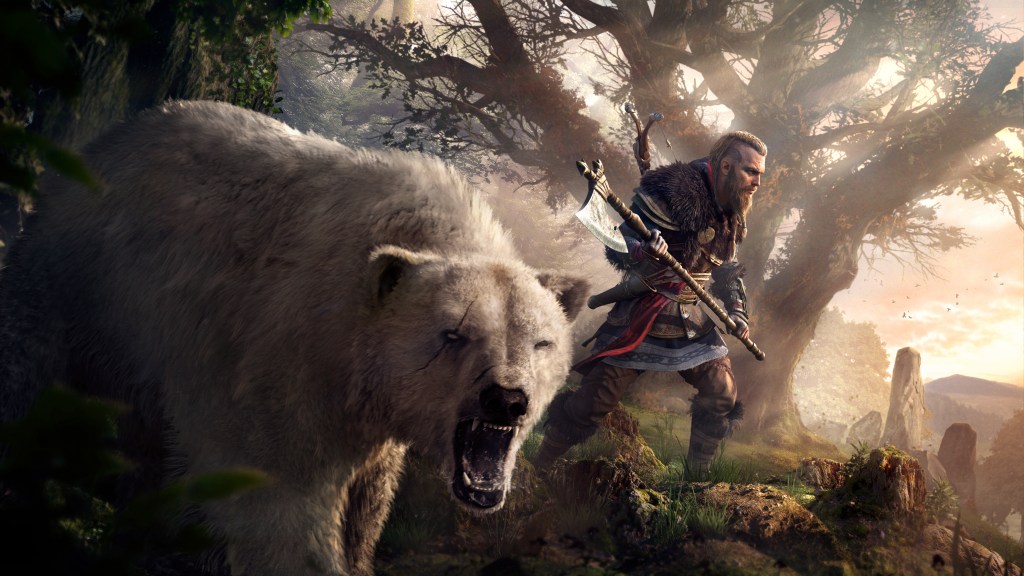 After ditching it for the Epic Games Store, Ubisoft is adding games to Steam again, starting with Assassin’s Creed Valhalla.

For the last few years, Ubisoft has favoured its own launcher and the Epic Games Store for PC releases, effectively ditching Steam.

So, not only has it not been launching PC titles for Valve’s platform, but it also removed certain games, such as Anno 1800, to make them exclusive to the Epic Games Store.

However, the publisher has now confirmed that it’s returning to Steam in just a couple of weeks, starting with Assassin’s Creed Valhalla.

The only other Ubisoft games slated for a Steam release are the aforementioned Anno 1800 and Roller Champions, although they don’t have a launch date nor a Steam listing.

Presumably, more Ubisoft titles will follow but it’s unclear if Ubisoft intends on adding its entire backlog to Steam or not, or even if all future PC titles, including Skull And Bones and Assassin’s Creed Mirage, will see a Steam release.

A Ubisoft spokesperson declined to comment on the company’s Steam strategy going forward, only telling The Verge, ‘We’re constantly evaluating how to bring our games to different audiences wherever they are, while providing a consistent player ecosystem through Ubisoft Connect.’

The publisher also didn’t say anything about verifying its Steam releases for Valve’s Steam Deck console.

Something has clearly changed within Ubisoft considering it told The New York Times in 2019 that Valve’s business model was ‘unrealistic’ and ‘doesn’t reflect where the world is today in terms of game distribution.’

As Ubisoft has pointed out, though, it never completely ended its working relationship with Valve and continued to release DLC for certain games on Steam.

Regarding Assassin’s Creed Valhalla, its Steam listing states that it will launch for the platform on December 6.

This is the same day that Ubisoft is adding a free epilogue titled The Last Chapter to wrap up the game’s storylines.

The Dark Pictures Anthology: The Devil In Me review – the best till last

Ubisoft’s blog post also revealed that it will be ending its time-limited festival events and broke the bad news that it has no plans to add a New Game+ mode.

‘When investigating the implementation of New Game+, we realised that the depth of the game gave us limited options to make replayability unique and rewarding,’ it explained.

‘We understand this news will come as a disappointment; however, we hope that the new content released in the past months, including never-before-seen experiences like Forgotten Saga, has provided an exciting and challenging experience for those seeking more replayable content.’

To view this video please enable JavaScript, and consider upgrading to a web browser that supports HTML5 video ‘Cook the turkey, not your home’ – that’s the message the US is sending to Americans preparing their Thanksgiving meals. To illustrate the dangers of deep-frying turkeys in the wrong setting, the US Consumer Product Safety Commission […]

The pair worked together on the 1998 fantasy-drama (Picture: Getty) Sir Anthony Hopkins has revealed that he thinks co-star Brad Pitt must have thought him ‘difficult’ on the set of their movie Meet Joe Black, as he described himself as the ‘troublemaker’ during that production. The 1998 fantasy-drama saw Pitt star as Death, who takes […]

How will the Royal Mail strikes impact Black Friday 2022 deliveries?

Strikes are happening on Black Friday (Picture: Getty) Another day, another strike – and this one’s coming for Black Friday. Royal Mail postal workers, with the Communication Workers’ Union (CWU), have given notice of a national strike impacting one of the year’s busiest, pre-Christmas shopping days. Currently, staff are in a pay dispute with Royal […]