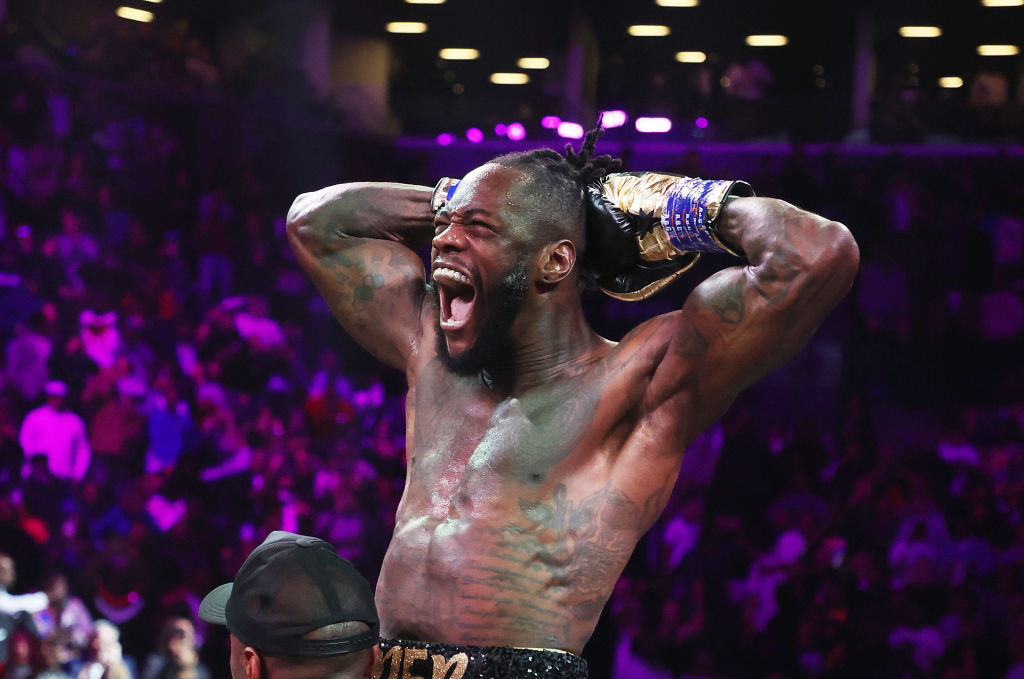 ‘The Bronze Bomber’ fought Fury three times between 2018 and 2021, with the first bout ending as a controversial draw with ‘The Gypsy King’ securing devastating stoppage wins in the other two.

In the aftermath of their draw, Wilder accused British boxing legend Ricky Hatton, who was cornering Fury on the night, of tampering with Fury’s gloves.

After the Briton won the WBC heavyweight title in in February 2020, Wilder accused his rival of concealing small weights in his gloves to inflict greater damage. Among his other allegations were that his water had been spiked with muscle relaxers.

Fury’s focus is now on IBF, WBA and WBO champion Usyk with the two thought to be close to agreeing their fight to crown the division’s first undisputed champion since Lennox Lewis.

But in a fresh dig at both Fury and Usyk, Wilder told ESNEWS: ‘I don’t know [who wins]. It is a 50-50 fight. It depends on who is going to cheat the hardest, that’s what it is.’

Wilder is set to fight Andy Ruiz Jr in a final eliminator for the WBC title this summer although a date is still being discussed.

Usyk and Fury will collide this year (Picture: Getty)

But Wilder insists the Briton is ducking him.

“Joshua don’t wanna fight me, it’s plain and clear,’ he said. ‘I don’t know why people keep asking about that… in my career I have been nothing but straight forward, honest and truthful.

‘I know certain things have been said people don’t like because I am who I am.

‘Everybody should’ve known when the $50m was offered, after he asked for it, and he didn’t take it. They should have known then.

MORE : ‘That could be curtains on his career’ – Carl Froch sends retirement warning to Chris Eubank Jr following defeat

Grand Theft Auto 5 – why isn’t it on Switch? (pic: Rockstar Games) A reader offers suggestions for how Nintendo can fill the gap between now and the Switch 2, with ports like Metal Gear Solid and Elden Ring. There’s a lot of speculation that the Switch is coming to the end of its life […]

Mr Blobby is an undisputed icon of British culture (Picture: ITV1) An original Mr Blobby costume being auctioned off on eBay has been sold – and the winning bidder has bagged the iconic (albeit unnerving) outfit for a hefty £62,000. Earlier this month, it was discovered that the used suit was being sold on the […]

Nicola shared her happy news on social media (Picture: Instagram / Nicola Thorp) Congratulations have poured in after former Coronation Street star Nicola Thorp announced her engagement on her Instagram. The Nicola Rubinstein actress posted two pictures of herself and fiancé Nikesh Patel, with Nikesh in a shirt and bow tie and Nicola in a […]