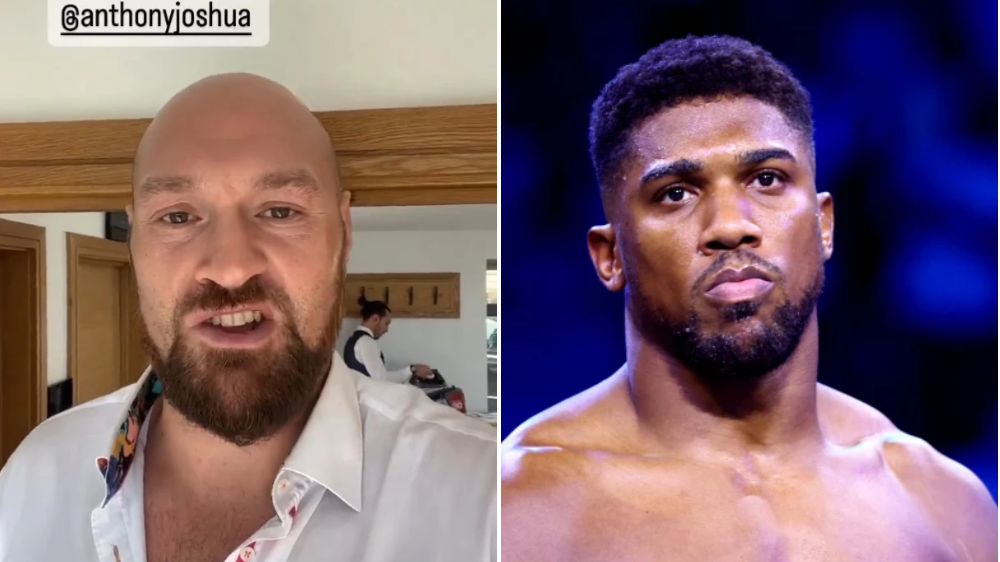 Tyson Fury has cast doubt over his December fight with Anthony Joshua after claiming that he has still not signed the contract.

Last week, Joshua’s management company 258 confirmed that Joshua had accepted all of the proposed terms for a fight with Fury on December 3.

But Fury is sceptical over Joshua’s willingness to fight later this year and has indicated that he is willing to look for a different opponent.

Fury has also hit out at Oleksandr Usyk after the Ukrainian said the Gypsy King is ‘afraid’ of fighting him.

‘Talking s****, I’m afraid of you? I’ll put my fist right through the side of you, you little sausage.

Anthony Joshua has agreed to fight Tyson Fury on December 3, according to his management company (AP)

‘And the other s***house, that big bodybuilder Joshua, that’s a proper s***house that is.

‘He’s had the contract for I don’t know how long and ain’t signing it.

‘You little sausage, you do not wanna fight, your manager’s a sausage.

‘I’ve never seen anything like yous, both a pack of s***houses.

‘However, I will be fighting on December 3 if this sausage does not sign the contract, which I don’t think he is because I don’t think he’s got the b******* to, because he’s a s***bag.

‘Both of yous, a pair of little sausage s***houses.

What time is The Graham Norton Show on tonight and who is on the sofa?

Food banks are a vital lifeline to many (Picture: Matt Cardy/Getty Images) From the lingering financial consequences caused by Covid-19 lockdowns to the recent problems with the cost-of-living crisis, many Britons have found the last few years a struggle. Rising energy bills are one of the biggest problems to face the public, with the recent […]

This image from James Webb brings Neptune’s rings into full focus for the first time in more than three decades (Credits: NASA, ESA, CSA, and STScI/SWNS) The James Webb Space Telescope isn’t just being used to capture stunning images of deep space. It’s also been showing off its capabilities closer to home – with its […]