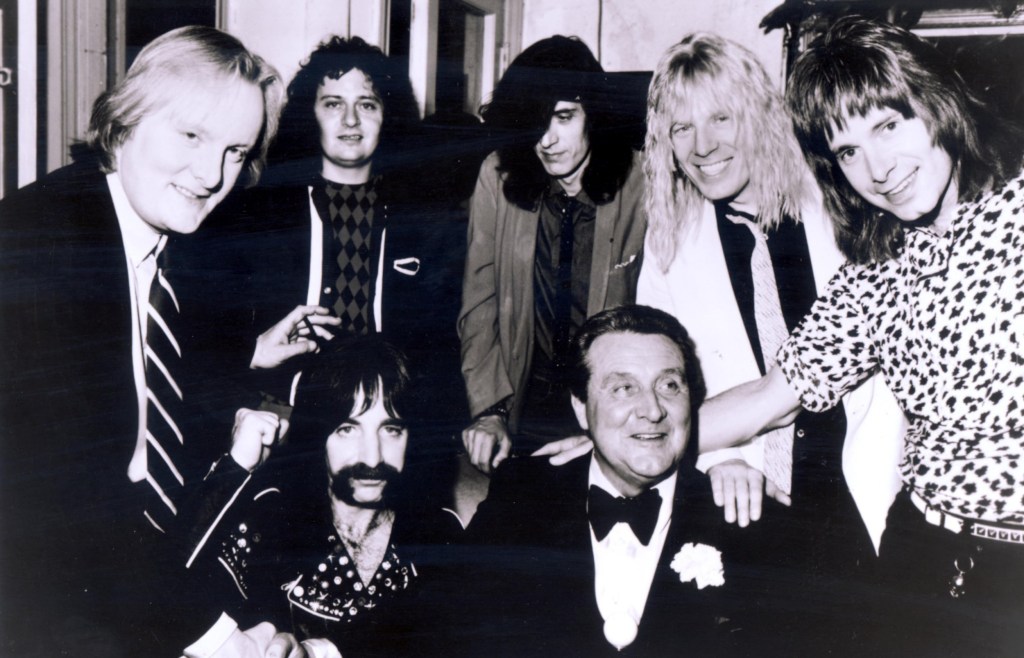 The cast will return for a highly anticipated sequel (Picture: Moviestore/REX)

A sequel to This Is Spinal Tap is in the works to mark the film’s 40th anniversary.

Rob Reiner is returning to direct the follow-up to the 1984 rock mockumentary film and will reprise his role as Marty Di Bergi, while Michael McKean, Harry Shearer and Christopher Guest are all returning – as David St. Hubbins, Derek Smalls and Nigel Tufnel respectively – to form the nucleus of England’s loudest heavy metal band.

The original movie was released to critical acclaim in 1984 and has since earned a cult following.

In 2002 it was deemed to be ‘culturally, historically and aesthetically significant’ by the US Library of Congress and selected for preservation by the National Film Registry.

Like the original, Spinal Tap II will feature real-life musicians in the film, although no names have been revealed yet.

Reiner revealed that the movie is set to be released in 2024 to mark the 40th anniversary of the original.

He told Deadline: “The plan is to do a sequel that comes out on the 40th anniversary of the original film and I can tell you hardly a day goes by without someone saying, why don’t you do another one?

‘For so many years, we said, “Nah”. It wasn’t until we come up with the right idea how to do this. You don’t want to just do it, to do it. You want to honour the first one and push it a little further with the story.’

When is Top Gun: Maverick out?

Reiner also revealed that audiences struggled to grasp the mockumentary concept in the first film but suspects they will be up to speed this time around.

The 75-year-old filmmaker recalled: ‘You have no idea what’s going to happen and the first time we screened in Dallas, they didn’t know what the hell it was.

‘People come up to me and said, “I don’t understand why you would make a movie about a band no one has heard of and is so bad. Why would you do it?”

‘I said, “It’s satire and I would explain”, but it took a while for people to catch up to it. Now, it’s in the National Film Registry.’

MORE : Jackass TV series finally in the works for first time in 15 years after surprising success of movie

Former MP Natalie McGarry has been found guilty of embezzling almost £25,000 following a trial in Glasgow. The defendant was said to have taken £21,000 while treasurer for Women for Independence between 2013 and 2015. She was also accused of taking £4,661 between 2014, and 2015, when she was treasurer, secretary and convenor of Glasgow […]

Jurgen Klopp and Steven Gerrard meet again on Tuesday night (Picture: Getty Images) Liverpool travel to take on Aston Villa on Tuesday night as they look to keep their hopes of the Premier League title alive, although anything but a win will severely damage those hopes. The draw with Tottenham last time out has left […]

Paul Pogba has made just 20 Premier League appearances with the Red Devils this season (Picture: Getty) Emmanuel Petit says Paul Pogba must leave Manchester United this summer but has urged the Frenchman to avoid a move to rivals Manchester City. Pogba, 29, is out of contract at the end of the season and is […]