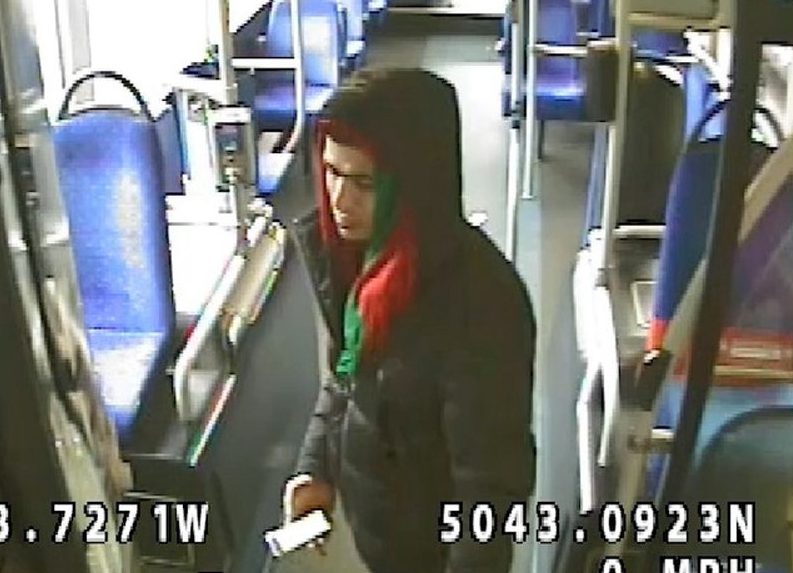 Lawangeen Abdulrahimzai captured on CCTV on a bus in Bournemouth (Picture: PA)

An asylum seeker who stabbed a man to death following an argument over an e-scooter has been jailed for life with a minimum term of 29 years.

A court heard the aspiring marine was acting as ‘peacemaker’ after his friend James Medway got into an argument with the Afghan national.

Mr Medway wanted to take an e-scooter Abdulrahimzai, 21, had claimed for himself and left propped against the shop on Old Christchurch Road.

The confrontation, which lasted only 24 seconds, saw Mr Roberts slap Abdulrahimzai in the face.

He responded by revealing a knife he had hidden between two pairs of trousers and stabbed Mr Roberts twice before running away into nearby woodland.

Abdulrahimzai buried the knife in the woods before burning his trousers, jacket, and an Afghan flag he was wearing as a scarf.

But he was arrested after police traced his mobile phone that he dropped as he fled.

Stacey Solomon was not impressed when Joe Swash suggested they could still enjoy an intimate moment together (Picture: Instagram) Stacey Solomon may be nine months pregnant, but Joe Swash is still counting on some ‘sexy time.’ Unfortunately for him, though, he’s getting absolutely nothing, with Stacey admitting any frisky antics are a ‘physical impossibility’ at […]

Stow Brothers unfairly dismissed Chris Williams after he refused to do something his boss asked (Picture: Getty) An estate agent who was subjected to a year of his bosses ambushing him and ‘making life difficult’ has won a £30,000 payout. Chris Williams was described as a ‘conscientious and diligent employee’ who eventually ended up heading […]