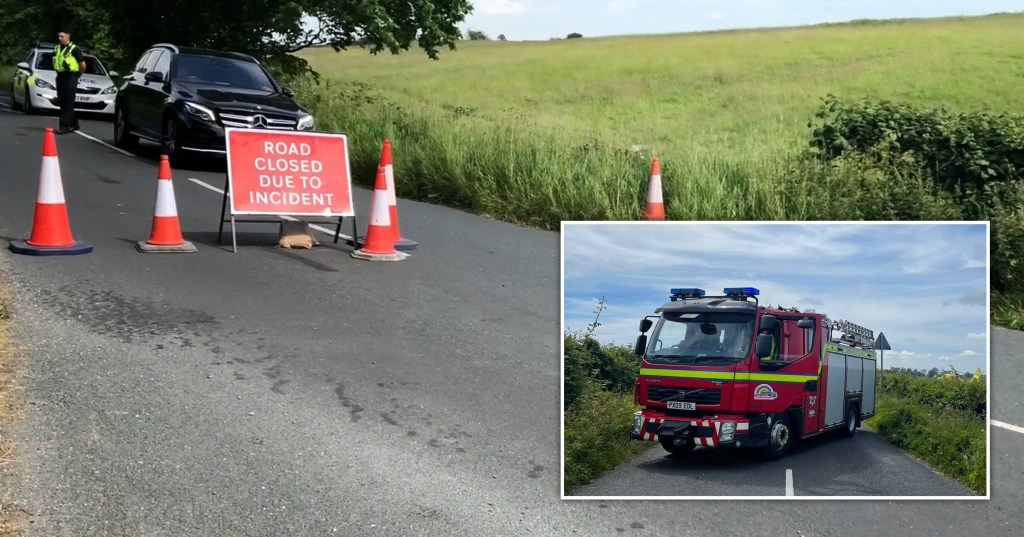 Tributes are being paid to a pilot and a teenage German exchange student who died as a helicopter crashed into a North Yorkshire field.

Police confirmed Ian Macdonald, 66, died in the crash near his home in the village of Burton in Lonsdale shortly before midday yesterday.

Also among the dead was 16-year-old student Admarsu Birhan, who locals said had been living with a nearby family for the last three months.

Craven district councillor Stuart Handley, who lives in Burton in Lonsdale, said Ian was well-liked in the village.

He said: ‘My condolences go to the family of Ian Macdonald and also the German exchange student’s family.

The aircraft crashed just off Bentham Road near Burton in Lonsdale

This is a breaking news story – more to follow.

Remember when Blue Therapy series one had us all in a chokehold? Well, it’ll be back for more (Picture: YouTube, Trend Centrl) Blue Therapy will soon be back on screens with its second series and the show’s creator has revealed it could offer a slightly broader range of couples.  The YouTube series, from Trend Centrl, […]

Glass can be infinitely recycled, so ditching plastic is far better for the planet (Picture: Saucestream) Whether you’re a brown or red sauce kind of person, you’ve likely grappled with a glass bottle of your favourite condiment at some point. Everybody has their own tip; tap the base, run another bottle over the ridges at […]

It’s all kicking off! (Picture: ITV / BBC / Lime Pictures) War is waged in all four corners of soapland next week, with animosity on the cards for a number of the genre’s finest. Max Turner is horrified in Coronation Street when he’s catfished, and he subsequently takes his frustrations out on his new classmates. […]