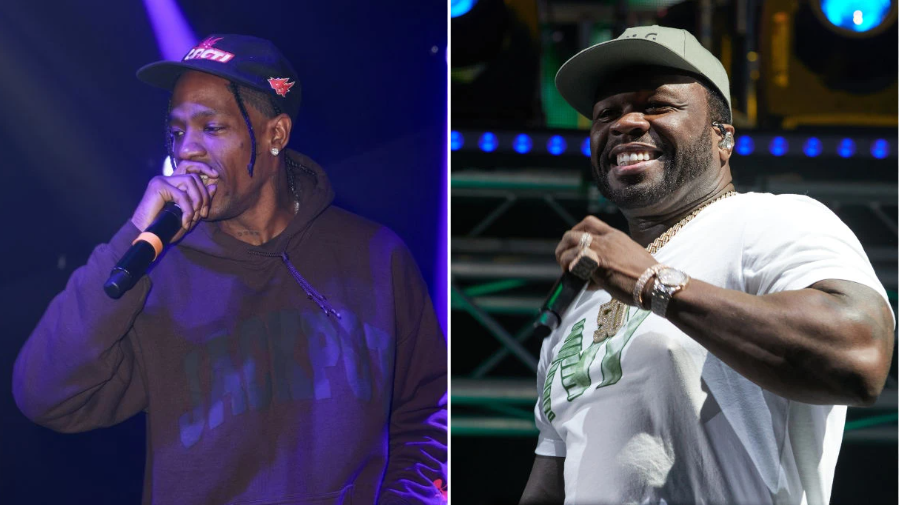 The first wave of Wireless 2023’s lineup have been announced (Picture: Getty Images)

London’s Wireless Festival has announced its first wave of 2023 headliners, and as the UK’s biggest stage for hip-hop, rap, Afrobeats, trap and grime artists, they do not disappoint.

The north London festival is returning to Finsbury Park for its 13th year on July 7 with some cracking artists lined up for the occasion, including Travis Scott and Playboi Carti, as well as special guest 50 Cent.

General admission tickets will be available to buy from 10am on Friday January 27 via Ticketmaster.

Oh, and the one and only 50 Cent will be touching down in north London’s party borough as a special guest, just incase things weren’t exciting enough already.

Other artists lined up for the weekend include Headie One, Lil Uzi Vert, Joey Bada$$, Popcaan, Lil Durk, Lola Brooke and Glorilla.

As BBC Radio 1xtra are the official broadcasters for the event, hosts across the weekend will include Kenny Allstar, DJ Target and Seani B.

With a fierce reputation as the UK’s best rap festival, 2019 saw Wireless brought down a peg or two as fans raised concerns of overcrowding, as many flocked to see rap pair D-Block Europe on the smaller of two stages and some climbed trees to escape the crowd.

Many people took to social media expressing their concerns, while band member Young Adz responded on Twitter: ‘We came on 10 minutes late because 2 ppl climbed into a tree and they wouldn’t let us perform for health and safety reasons.

‘We finished our set 2 songs early because we shut it down so much that people was fainting and breaking their legs and spraining their ankles. Blame them.’

It is unclear whether the organisers have sorted the problem as, in 2022, festival goers were ‘forced to climb over fences to avoid being trampled’ according to reports from those attending.

Brendon Urie announces Panic! At The Disco breaking up as he expects first child

This year fans can pay for tickets through a series of installments, so they don’t have to …read more

Say what? (Picture: ITV) Winter Love Island viewers didn’t know whether to scream or applaud as it was revealed the vulnerable islanders fate would be in the hands of Australian newcomers Jessie Wynter and Aaron Waters. During Tuesday’s edition, the contestants were made aware that the public had been voting for their favourite guy and […]

Matt Healy has told the Oasis brothers to ‘grow up’ and reform for Glastonbury (Picture: Matthew Baker/Getty) Matt Healy has told Noel and Liam Gallagher to ‘stop messing around’ and reunite so that Oasis can headline Glastonbury. He speaks for all of us, it’s fair to say. The 1975 frontman, 33, was discussing speculation that […]