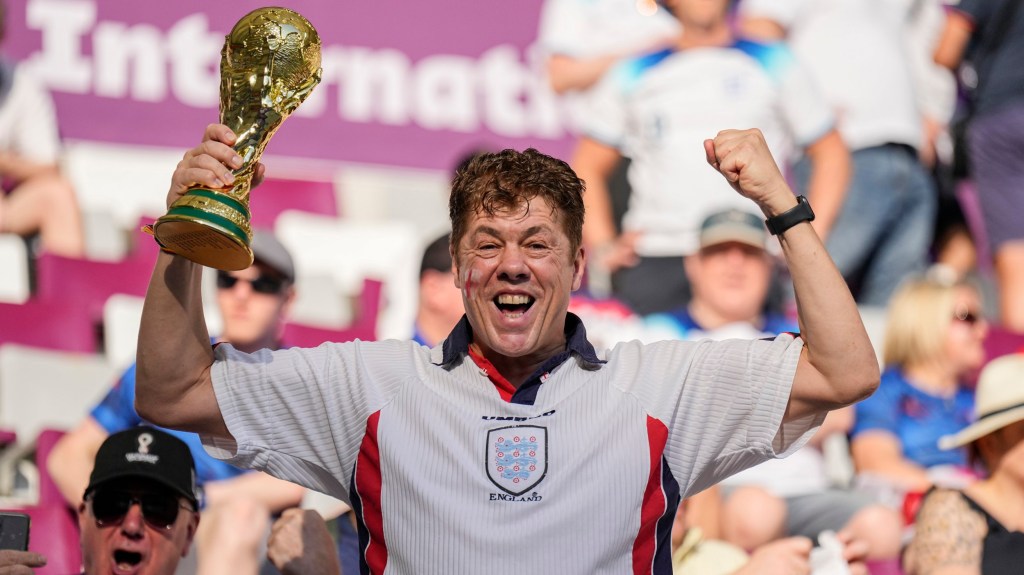 World Cup chancers are cashing in on England’s fantastic start to the tournament by charging fans as much as £4,000 for tickets.

After the 6-2 trouncing of Iran, footy supporters are scrambling to watch the next games but face paying around 50 times the face value, the Daily Mail reports.

When the last batch of tickets went on sale through the FIFA website, the cheapest available ticket for foreign fans cost £58, and the most expensive was £185.

But these sold out months ago, with Fifa claiming it had 23 million people trying to snap up three million seats.

Resale site Ticombo is now selling tickets for incredibly inflated prices, with one for the England vs Wales game all yours for £3,995.

Tickets for the England vs USA match on Friday are also up for sale for £1,288.

There is, however, no guarantee that after buying these extortionate tickets, fans would be able to enter Qatar.

Following the England v Iran match, there has been an influx of fans trying to buy tickets for the next matches (Picture: Adrian Dennis/AFP via Getty Images)

The oil-rich state requires a permit to travel including a ‘ticket application number’, which is provided when buying through Fifa.

It is not known whether buyers receive this number when purchasing a ticket through a resale site.

The number of those expected to try and buy tickets will only increase as England gets further (hopefully) into the tournament.

Fifa confirmed England and Wales fans have bought the most tickets, followed by Brazil, Argentina, Mexico, Australia, Qatar, Saudi Arabia and the UAE.

President Gianni Infantino said: ‘If you look at the figures for the World cup, it is astonishing. We will have three million people coming to Qatar for the World Cup and we actually had 23 million ticket requests.

‘It was first come first served. We have sold more than three million tickets, and five billion people – well over half the world’s population – will watch the World Cup, uniting the world around the ball, which is magic.’

The actor won a Golden Globe for his performance in Squid Game (Picture: Image Press Agency/NurPhoto/REX/Shutterstock) O Yeong-su, who played Oh Il-nam in the Netflix drama Squid Game, will go on trial on indecent assault charges, it has been reported. The 78-year-old soared to fame after Netflix’s dystopian drama, becoming the first South Korean to win a […]

You can finally flex your high-tier camos without hassle (pic: Activision) Several much-needed changes have been made to Call Of Duty: Modern Warfare 2 after patch 1.11 was released.  The game’s second patch update, including the Season 1 update, has brought even more bug fixes as well as more improvements to the much-hated UI system.  […]