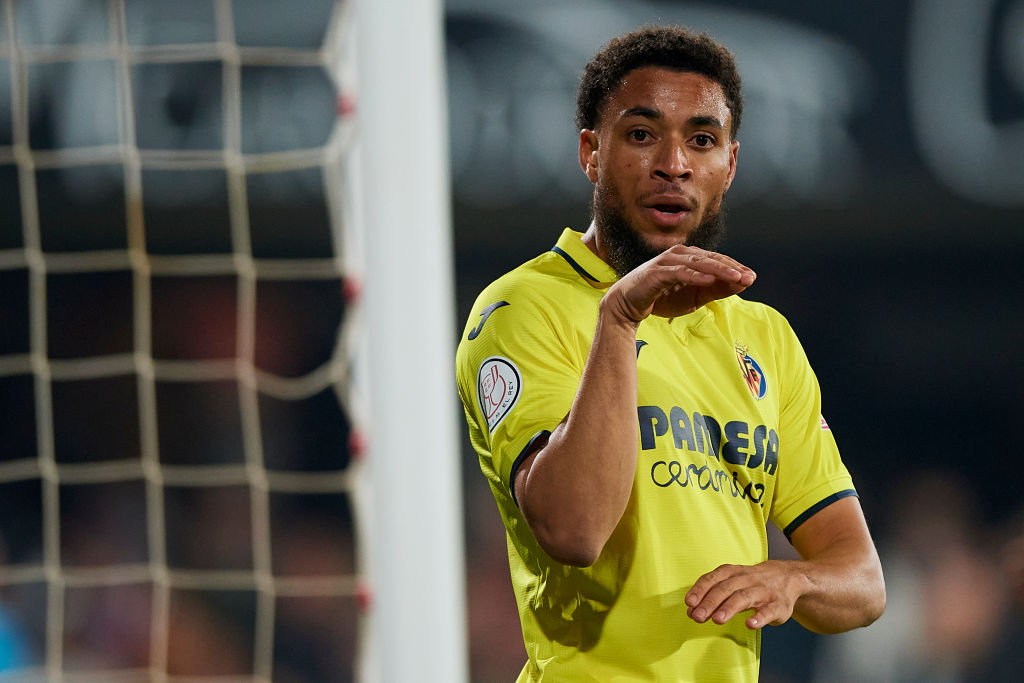 The Toffees thought they had wrapped up their first January signing (Picture: Getty)

Tottenham have hijacked Everton’s deal for Arnaut Danjuma at the eleventh hour despite the Villarreal winger having undergone a medical with the Toffees.

The 25-year-old has been in England for the past week looking to secure a loan move back to the Premier League, having previously played for Bournemouth.

Everton appeared to have won the race for his signature and he successfully completed a medical over the weekend, agreeing personal terms and even filming his unveiling video and first club interview.

But the decision to sack Frank Lampard, coupled with a late swoop from Spurs, meant Danjuma never submitted the final documents to complete the move.

Now, according to the Daily Mail, the Netherlands international has left Merseyside and is en route to Tottenham’s training complex to complete a loan move to Spurs instead.

Antonio Conte has been keen to bring in a pacey, tricky winger who can beat players in one-v-one battles and Danjuma ticks plenty of boxes despite a sub-par campaign so far for Villarreal.

Tottenham have yet to fully agree terms with Villarreal over a loan and are believed to be negotiating an option to make the deal permanent at the end of the season if Danjuma impresses.

Everton – who are yet to make a signing this month – are livid with the developments and thought they had the signing wrapped up, though became nervous when Danjuma did not submit the paperwork.

It compounds a miserable few days for the Toffees, who lost to West Ham on Saturday to leave them in 19th place in the Premier League table – only ahead of Southampton on goal difference.

On Monday, Lampard was relieved of his duties but first-choice replacement Marcelo Bielsa is believed to have rejected an approach and felt the Everton squad was ‘too slow’ to play his style of football.

Sean Dyche remains the bookies favourite to land the job, though Sam Allardyce’s name is being increasingly mentioned in a move that could rile up supporters even more.

Tottenham, meanwhile, are hoping Danjuma is not their only piece of business this month and remain in talks with Sporting Lisbon to try and secure a deal for right wing-back Pedro Porro.

McTominay missed Saturday’s win over Reading (Picture: Getty) Manchester United midfielder Scott McTominay is facing a spell on the sidelines with Erik ten Hag expecting to be without the player for ‘two weeks or maybe even longer’. The club were rocked by news on Tuesday that Christian Eriksen will be ruled out until late April […]

Maya Jama will be delivering news to the islanders in a matter of days (Picture: Rex Features) Our Love Island favourites had better brace themselves as Maya Jama will be jetting off to the South African sun to see them later this week – and while it’s always a pleasure to see her, it can […]

Craig said he was ‘desperate’ to cure his ‘uncomfortable’ bowel movements (Picture: Channel 4) A firefighter and grandad has opened up about how a flatulence problem is affecting his day-to-day life, earning him the moniker, Stinky Grandad. Craig appeared on Tuesday’s episode of Channel 4 docuseries Know Your Sh**t: Inside Our Guts to get to […]