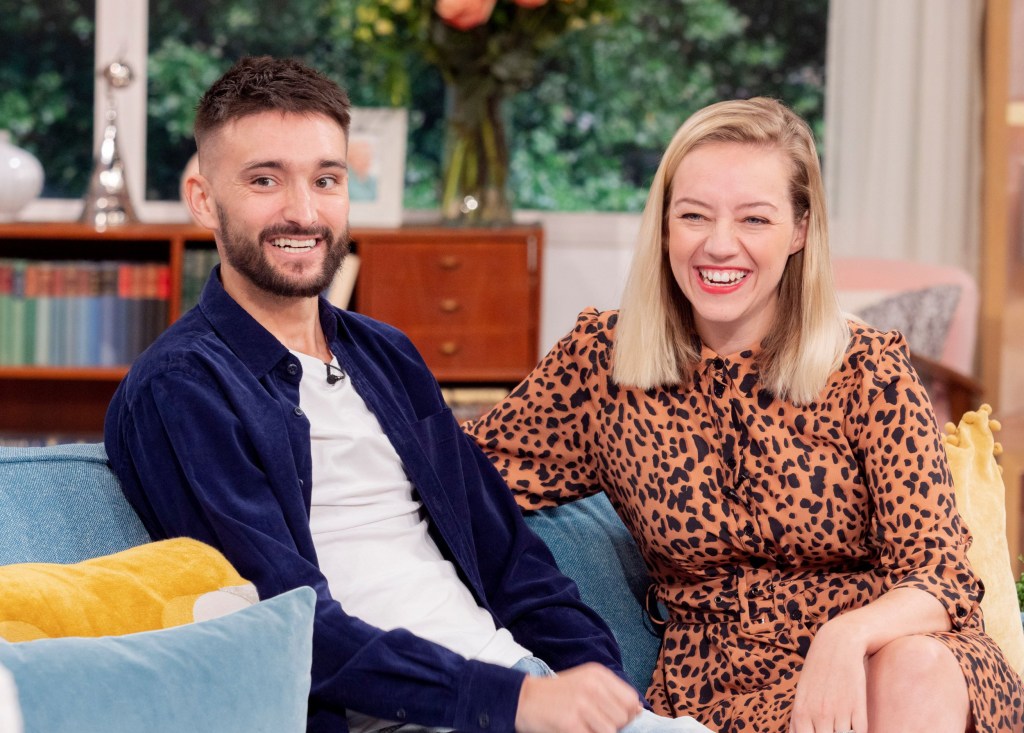 Kelsey Parker, the widow of Tom Parker, has reflected on The Wanted star’s food habits, revealing he would tuck into the same meal every day without fail.

The 32-year-old, who shares children Aurelia, three, and Bodhi, two, with the late singer, reminisced about Parker’s daily routine, saying he was a man of habit when it to lunch.

Parker died in March last year at the age of 33, one and a half years after being diagnosed with an inoperable brain tumour.

In an Instagram Story posted on Wednesday, the documentary presenter gave her followers an update on her home renovations, having enlisted the help of her older brother to carry out the work.

As she showed off her newly stripped walls, conversation turned to Parker, who the mum-of-two and her brother said kept to one classic staple for his midday meal.

She said: ‘[Tom] used to always have the exact same lunch every day. Tom would have jacket [potato], cheese and beans, or beans on toast with cheese.

Kelsey Parker said Tom was a big fan of the cheese and beans combo (Picture: ITV/REX/Shutterstock)

‘He’d actually be so offended if you were going to eat anything else at lunchtime that wasn’t lunch appropriate.’

‘Tom would be so set that you had to have breakfast, lunch and dinner and there was like set food that you could eat at these times. It’s just reminiscing and talking about him, you just miss him so much.’

Kelsey also spoke more about her home transformation, saying she and Parker had ‘always had the intention’ of carrying out work on it.

Kelsey Parker said the couple had planned to overhaul their home (Picture: REX/Shutterstock)

She explained: ‘It’s actually been quite a difficult thing to do because obviously what’s really hard is making decisions without him. When you’re in a relationship, I was always guided by what Tom would have to say about things.

‘I probably would ultimately have made the decision but you’ve always got your partner to lean on. But what’s quite cute is I have all the messages from Tom about what he wanted to do with the hall.’

Kelsey has previously opened up on the ‘guilt’ she feels over Parker’s death, despite knowing she did everything she could for the late singer.

Kelsey Parker said her brother was helping out with the renovation (Picture: Instagram)

In the final episode of ITVBe documentary Kelsey Parker: Life After Tom, she said, while fighting back tears: ‘There’s still this guilt element, which I don’t think will go away overnight.

‘It will take years and years to get over, the guilt that I wasn’t able to save him. But I know deep down in my heart that I did everything I could.’

Asked what she hoped for in the future in …read more

Horizon Forbidden West – it’s definitely a pretty game (pic: Sony) Readers tackle the age old debate of what’s more important in a video game: its graphics or its gameplay? The subject for this week’s Hot Topic was suggested by reader Paulie, who asked whether it matters to you how good the graphics are in […]

Julia Fox continues to be relatable queen with warts-and-all apartment tour: ‘We do have small mouse problem’

Julia Fox was applauded for her epic apartment tour (Picture: TikTok) Julia Fox has shattered any illusion of her life in a new Tiktok, blessing us with her most relatable moment yet. The Uncut Gems actress decided to give fans a warts-and-all tour of her apartment in New York, showing off the space she has […]

Couple charter a £80,000 private jet to fly their three dogs across the world

They’ve been to six cities so far (Picture: Melanie Demi / SWNS) Melanie Demi and husband, Albert, always wanted to travel the world with their pet dogs. So the couple spent two years saving $45,000 (£36,500) to make their dream a reality. The couple even planned their own charter trip on a private jet, from […]