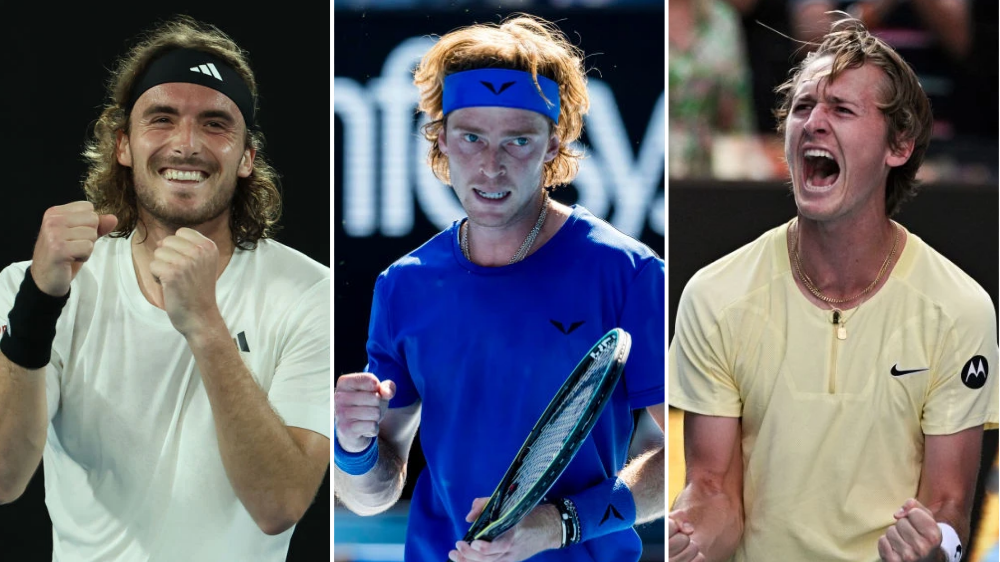 Tim Henman has named who he thinks will win the 2023 Australian Open ahead of the quarter-finals at Melbourne Park.

Greek star Stefanos Tsitsipas – seeded third – is the highest seed left at the major tournament following the second-round exits of Rafael Nadal and Casper Ruud and next faces Jiri Lehecka, who dumped out British No.1 Cameron Norrie as well as sixth-seed Felix Auger-Aliassime.

Tsitsipas, who is looking to lift his maiden Grand Slam title and has reached three of the last four semi-finals at Melburne Park, locks horns with world No.71 Lehecka of the Czech Republic in the last eight. Tsitsipas won the ATP Finals in 2019, was a French Open runner-up in 2021 and has lifted nine ATP Tour titles.

There is guaranteed to at least one American in the Australian Open semi-finals with unseeded players Tommy Paul and Ben Shelton set to meet. Paul eliminated Roberto Bautista Agut in the fourth round, who knocked out Andy Murray.

Another American star – 29th-seed Sebastian Korda – faces Russian 18th-seed Karen Khachanov. Korda impressively saw off Daniil Medvedev en route to the quarter-finals, who was an Australian Open runner-up in both 2021 and 2022.

Arguably the biggest last-eight clash, though, will be contested by Russia’s world No.6 Andrey Rublev and 21-time major champion Novak Djokovic. There have been concerns over Djokovic’s hamstring injury but the Serbian has been in impressive form and has dropped just one set on his way to the quarter-finals.

Former British star Henman, speaking to Eurosport, was asked to pick his favourite to win the 2023 Australian Open trophy on Monday ahead of Saturday’s final.

‘I think [Novak Djokovic] is the clear favourite,’ Henman said. ‘There have been question marks, mainly around his leg and his physicality.

‘But to see him go out against Alex de Minaur in front of his home crowd, and just destroy him – it wasn’t through lack of effort, De Minaur tried from the first ball to the last – but Djokovic was just simply too good.

‘Going into the quarter-finals, for me, he’s the clear favourite. For me it was a statement performance and a statement victory [against De Minaur].

‘Most people talk about five or six gears but Djokovic is looking at seven or eight because he’s just taking the ball so early.

‘To play against De Minaur, who is one of the fastest guys out there – even he may not be the biggest hitter – you have to earn your points, but it was like a training session the way he executed his ground shots.

‘He will take huge confidence going into the quarter-finals.’

EastEnders spoilers: Lola Pearce and Jay Brown vow to never give up hope as they get married in emotional scenes

Disney Plus’ Extraordinary cast detail bizarre sequence cut from show: ‘We take a dog to a strip club’

…read more Source:: Metro        (Visited 1 times, 1 visits today)Extraordinary: Everything you need to know about the Disney Plus series, including release date, and who’s in the cast The new series dropped today (Picture: Natalie Seery/Disney+) Disney Plus has launched another UK original titled Extraordinary, which is set to put viewers in a…Disney Plus’ […]