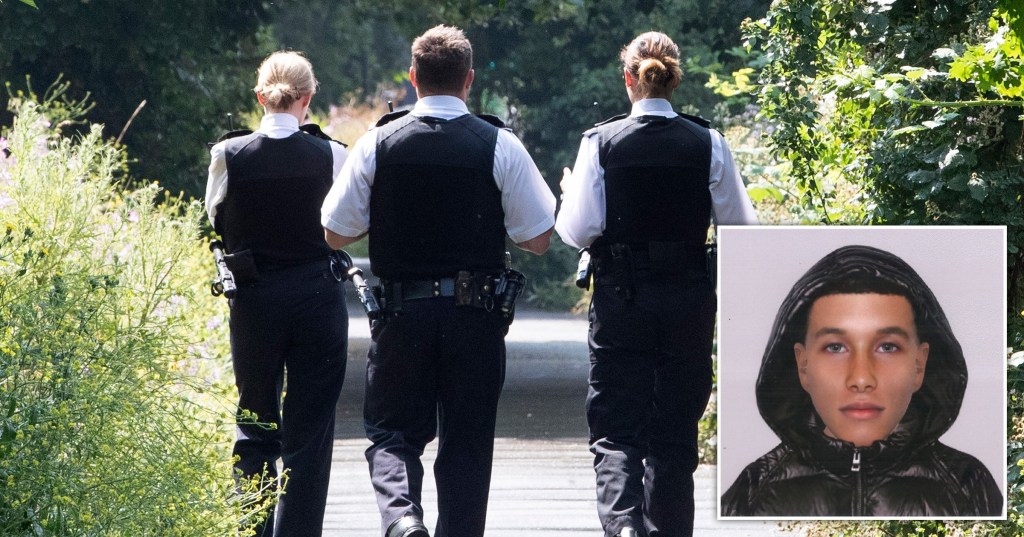 Three teenage boys have been arrested in connection with a string of sexual assaults around Hackney Marshes.

A manhunt was launched last week after more than 20 women reported being assaulted while walking or jogging in the east London area.

Each attack happened in a similar way, with the suspect cycling up to women out by themselves, grabbing them from behind and touching their genitals or breasts or harassing them.

Detectives released a computer generated image of the suspect based on descriptions from the victims.

Now, two 16-year-olds and an 18-year-old have been arrested on suspicion of sexual assault in connection with the attacks.

One of the 16-year-olds, who was arrested yesterday, has been remanded in custody while the two other men were released on bail pending further investigation.

Detectives released an E-FIT image of a suspect they are working to identify (Picture: Met Police)

Detective Superintendent Mike Hamer, from the Central East Basic Command Unit, said: ‘We have now made three arrests in connection with these sexual assaults and our investigation continues at pace.

‘I understand these assaults have caused considerable concern among the community, but we have a dedicated team of officers working around the clock and carrying out a number of enquiries to bring the perpetrator to justice. This investigation is a priority for my team and I, we are taking it extremely seriously.’

The superintendent said there would be an increased police presence in the area, and urged anyone with information to come forward, including other victims yet to contact the Met.

Officers say detectives have so far received 22 reports from February to June, but suspect there could be more incidents.

However, they dismissed a social media post which claimed there had been 30 sexual assaults, including one rape, around parks in London.

A spokesperson from the Met Police told My London: ‘[We are] aware there are a lot of rumours circulating – including an alleged rape on Hackney Marshes on June 21. We have no record of an incident of this nature being reported to us.

‘We are not aware of any linked-series offences taking place outside of Hackney Marshes and its surrounding area. We would urge anyone with information about this incident to urgently report it to the police.’

Elaine and Stephen? What do we think? (Pictures: ITV) Despite the fact we don’t see Elaine Jones (Paula Wilcox) a great deal in Coronation Street, we know a lot about her. Arriving in the middle of Yasmeen’s (Shelley King) coercive control storyline, Elaine revealed she was Geoff Metcalfe’s (Ian Bartholomew) ex-wife – and Tim’s (Joe […]