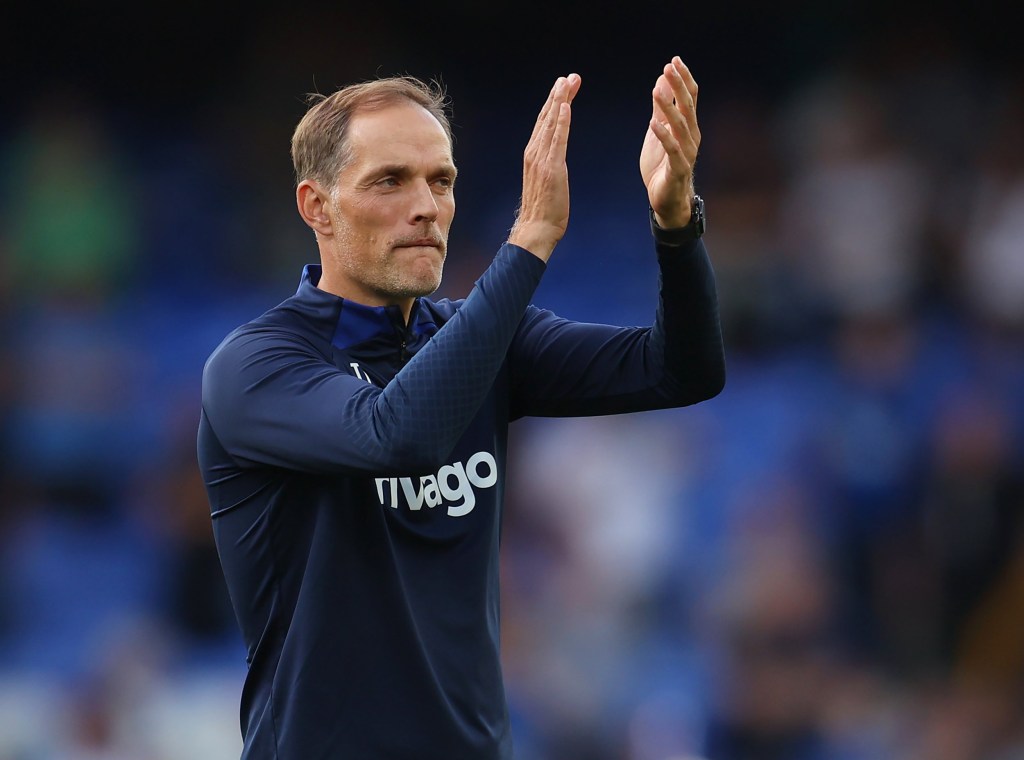 Thomas Tuchel admits Chelsea need more new signings before the transfer window closes but says a midfielder should not be a priority after the club’s push to sign Frenkie de Jong from Barcelona.

Kalidou Koulibaly and Raheem Sterling both made their full debuts for Chelsea in their 1-0 win over Everton on Saturday evening, while Marc Cucurella came on as a late substitution to make his first appearance since his £62 million move from Brighton.

Chelsea have also held talks with Barcelona to sign De Jong and reports in Spain have claimed that they have now offered €70m (£59m) plus Marcos Alonso for the Dutch midfielder.

But Tuchel believes Chelsea need to prioritise new acquisitions for their defence and attack, rather than midfield.

When asked about further signings before the end of the window after Chelsea’s win over Everton, Tuchel told Sky Sports: ‘Yeah, if we can add, we add.

‘Maybe not necessarily a midfielder as a first option but we’re open for everything.

‘I think we can use new energy, new legs and fresh input to bring us to a new level.

‘If not, then we will push this team but I think we could use some more input and some more quality. We’re on it but we will not tell you [who].’

Jorginho’s penalty sealed Chelsea’s win over Everton at Goodison Park but Tuchel admits he was unhappy with the level of his side’s performance.

‘We have struggled in the last seasons to get points here, and we have the points. A win is a win, it’s the most important thing for everything but we have to get better,’ said the Chelsea manager.

‘We are maybe not at the highest level, we have brought players in but they came in late, pre-season was a bit turbulent but the last week of training was promising.

‘Some situations in the first half were quite good and second half I think we had simply not enough movement on the ball, with less movement, there were more ball losses.

‘It was a bit of a strange second half without the rhythm from the team, and interruptions, but we hung in and did what was necessary to keep a clean sheet and we go from there.’

Pablo Mari has played just 22 times for Arsenal (Photo: Getty) Arsenal defender Pablo Mari is close to completing a loan move to Italian side AC Monza. Mari has been surplus to requirements at the Emirates for some time now, having never really looked up to the speed of the Premier League since his £5.4million […]

A police investigation into the incident is ongoing (Picture: Google) A child has been left with life-changing injuries after being bitten by a dog. The incident, which took place in Hampshire, took place around 6.35pm on Monday. Police raced to the scene on Botley Drive in Havant after receiving reports that a three-year-old girl had […]