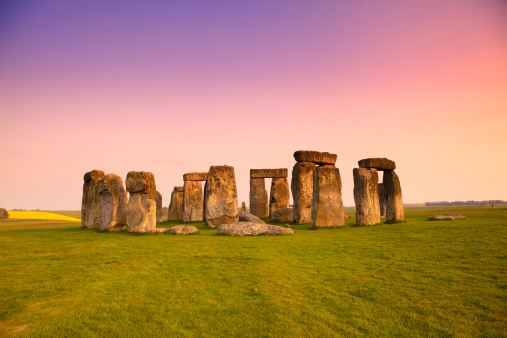 Stonehenge made it onto the list (Picture: Getty Images)

The world is peppered with famous tourist attractions that most people are keen to visit at least once in their life.

However, a new study has shed light on the ones that are the most disappointing.

Online casino site Mr Q has rounded up the ‘most complained-about’ attractions, after analysing 80,000 negative Trustpilot and TripAdvisor reviews.

So which one came out on top?

It seems the Hollywood Walk of Fame scooped first place with 20% of all reviews giving it either one or two stars, and numerous complaints about its lack of cleanliness.

The second attraction on the list is the Palace of Versailles – found just outside of Paris. Overall, guests complained about overcrowding, the cost of the entry fee and the poor upkeep of the garden. Oh dear.

Stonehenge ranked third on the list, with many people noting the high entry fee and the underwhelming nature of the attraction itself.

Two other UK attractions also ranked within the top ten – with Big Ben coming in at number five (perhaps down to the fact it’s been covered in scaffolding for the past few years), as well as Buckingham Palace at number 10.

The Hollywood sign, The White House and the Empire State Building also made it into the top 10.

As well as attractions, the company also looked into ‘most complained-about’ restaurant chains and supermarkets.

All the findings for the study can be found here.

MORE : World’s most underrated road trips revealed, according to a new study

Does anyone actually believe a word the Tories say anymore?

It seems to this government that everything is a joke (Picture: Frank Augstein / POOL / AFP) This week the Prince of Wales delivered the Queen’s Speech, outlining the Government’s legislative agenda for this Parliament.  It was filled with the usual combination of bold promises and a worrying lack of detail, which has become so typical of this […]

More to come from the car fanatics (Picture: Dave J Hogan/Getty Images) The Grand Tour is set to continue for the long run on Amazon Prime, bosses of the streaming service have confirmed today.  The Amazon Prime series has been sporadically dropping feature-length specials over the past couple of years, after Covid restrictions meant that […]