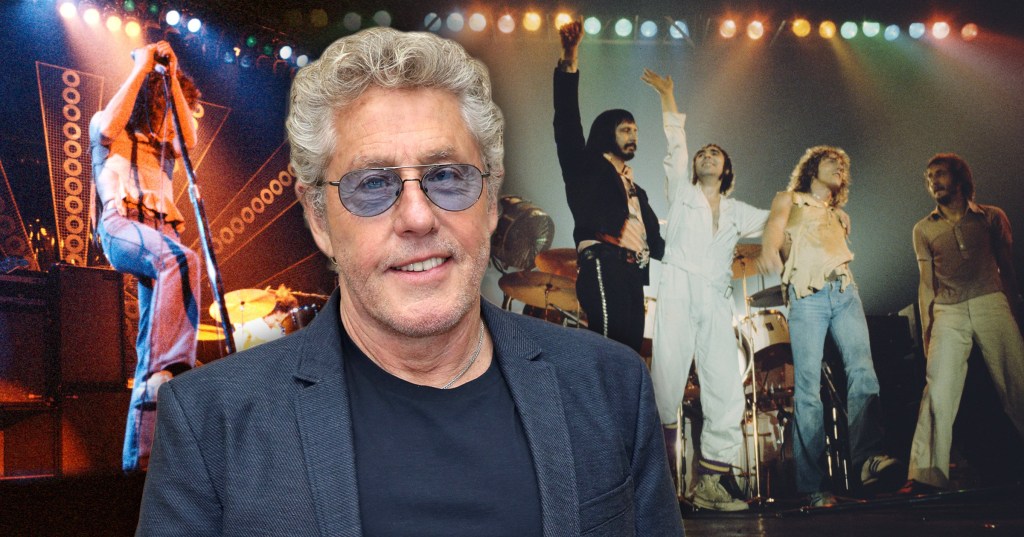 Jolly Roger is working on something new… (Picture: Getty)

Outside of The Who, Roger Daltrey’s latest business venture (launched with his son and sons-in-law) is Lakedown Brewing Co. – an independent brewery and taproom at his Lakedown Trout Fishery, near Burwash Common, in East Sussex.

‘I was never really a beer fan,’ he admits, ‘but the difference between craft beer and off-the-shelf beer is chalk and cheese. So I have to say that I’m now of the opinion that beer is the new wine.’

Using water from a spring on his farm, and feeding the waste to his animals – ‘it’s a cyclical thing to do on a farm’ – he’s producing a range of fine tipples, including an American Pale, American Red, English Pale, a bitter and a porter, with plans for low-alcohol additions, and a brew entitled The Kicking Donkey.

There’s no substitute for the thrill of playing in front of a live audience, but as The Who’s Roger Daltrey’s discovered, a return to gigging after a long pandemic-enforced break can take some getting used to.

‘The hardest thing to get used to is the noise! You have no idea!’ cries the singer – whose band were once famously listed in The Guinness Book Of Records as the world’s loudest.

Roger and guitarist Pete Townshend have reunited for The Who Hits Back!, a grand North American saunter (Picture: Bradley Kanaris/Getty Images)

‘When there’s 20,000 people out there shouting and screaming and the band’s playing, your ears get a helluva pounding. It takes you a few gigs to get your head into that sound,’ he laughs. ‘But the tour’s going very well, we can’t believe we’re out. It’s been incredibly exhilarating; a weird working environment – having to test everyone all of the time – but the reviews have been incredible.’

Roger and guitarist Pete Townshend have reunited for The Who Hits Back!, a grand North American saunter that keeps the legendary mods-turned-rockers busy for most of the year. Joining them performing such epics as Pinball Wizard, Who Are You, and Baba O’Riley, is a full orchestra – a format that Roger believes really showcases Pete’s considerable compositional skills.

‘It feels like Pete’s music has come of age. It’s full growth,’ he enthuses, quickly adding this isn’t a symphonic Who, but the full Who experience, plus something else. ‘We haven’t watered The Who down at all, it’s just natural instruments playing other melodies within the music. The sound is absolutely huge, it’s incredible.

‘We’ve been listening to synthesized music for so long, you forget the power of real instruments. And when you hear real strings playing some of the parts Pete originally wrote on synthesizers, with other parts added, it does something to the body that synthesizers can’t do.’

House collapses in ‘explosion’ with person rescued by neighbours

A street view of Sefton Terrace, Burnley, where the incident has happened (Picture: Google) A house has collapsed after an explosion in Burnley, Lancashire this afternoon, with residents evacuated. One person has been rushed to hospital after being rescued by neighbours, Lancashire Fire and Rescue said. In a statement, the fire service said on Twitter: […]

To view this video please enable JavaScript, and consider upgrading to a web browser that supports HTML5 video A juror in Johnny Depp’s trial has spoken out about his bombshell trial with Amber Heard, suggesting that they ‘were both abusive to each other’. The Pirates of the Caribbean actor, 58, sued his ex-wife for defamation […]

Stuck for Father’s Day ideas? London’s got options (Picture: Metro.co.uk) He’s put you through college, bought you the odd present (car, iPhone, Mars bar) or just been a reassuring presence scratching himself in front of the TV. Whatever your dad represents to you, it’s Father’s Day and he deserves (or maybe he doesn’t, we’re not […]