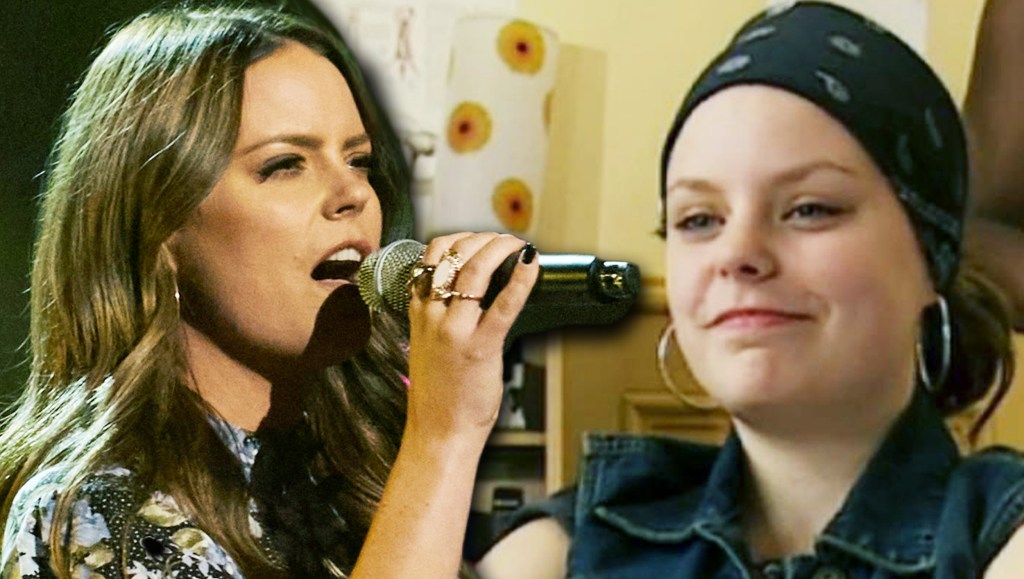 The child actress didn’t manage to make the judges turn, but she had an amazing experience (Picture: ITV/BBC)

Alicia Hooper blew viewers away on Saturday with her audition on The Voice, where she performed All I Know So Far, a powerful ballad by P!nk.

However, the hit song wasn’t her first choice, having been suggested by producers during the lengthy audition process, prior to her getting on the stage, something that’s become common for past contestants to also experience.

Sadly, Alicia – who you might recognise as Amber Hearst from Tracy Beaker – didn’t manage to make the coaches turn their chairs, missing out on a place in the next round.

She’s at peace with it, though, and told Metro.co.uk that while she’s only ‘human’ for feeling ‘disappointed’ at now getting through, it was an ‘experience I’ll never forget.’

‘It wasn’t my song choice but, to be honest, when I did my London audition, that was gonna be one of the nine songs that I was gonna sing because it was always on the radio and Alba, my daughter, was always singing it,’ she began, after describing the lengthy process of Zoom calls and face-to-face auditions prior to the main event.

‘I thought it could be a musical theatre song. I know they [producers] were keen on having recent songs rather than older ones,’ she added, saying producers send her a list on WhatsApp of songs they wanted to hear in her blind audition.

Alicia blew viewers away with her powerful cover of the P!nk tune (Picture: ITV)

‘A lot of them I didn’t know, but that [All I Know So Far] was on there. I had to send them a recording that night of me singing one of those songs, and they said I sang it beautifully so I guess it was that or not do it.’

‘Some people have said, “Oh she picked the wrong song,” but I think it did show off my range and it’s quite a big song and, at the end of the day, I did the best I could with it with the short time I had,’ she added.

The child actress, who hails from Newport and now works as a singing teacher, said she was ‘so worried’ before her audition aired on TV screens across the country, because she knew what the outcome was and didn’t want to ‘disappoint people.’

But, a friend had some wise words for her: ‘Someone said to me, “They’re not disappointed in you, they’re disappointed for you”.’

As for whether any former Tracy Beaker cast members have been in touch since her audition aired, Alicia shared that former co-stars have shared her performance on social media with positive messages.

‘Ben [Hanson] who played Bouncer, he shared it on his Instagram, which was very positive. Dani [Harmer] who played Tracy Beaker, when I first announced it, she said she would be watching. So it …read more

Paul Merson has warned Liverpool as they prepare to face Arsenal (Picture: Sky Sports) Paul Merson believes Liverpool will be out of the Premier League title race and be destined to finish below Arsenal if they lose at the Emirates this weekend. Liverpool travel to north London on Sunday hoping to make up ground on […]