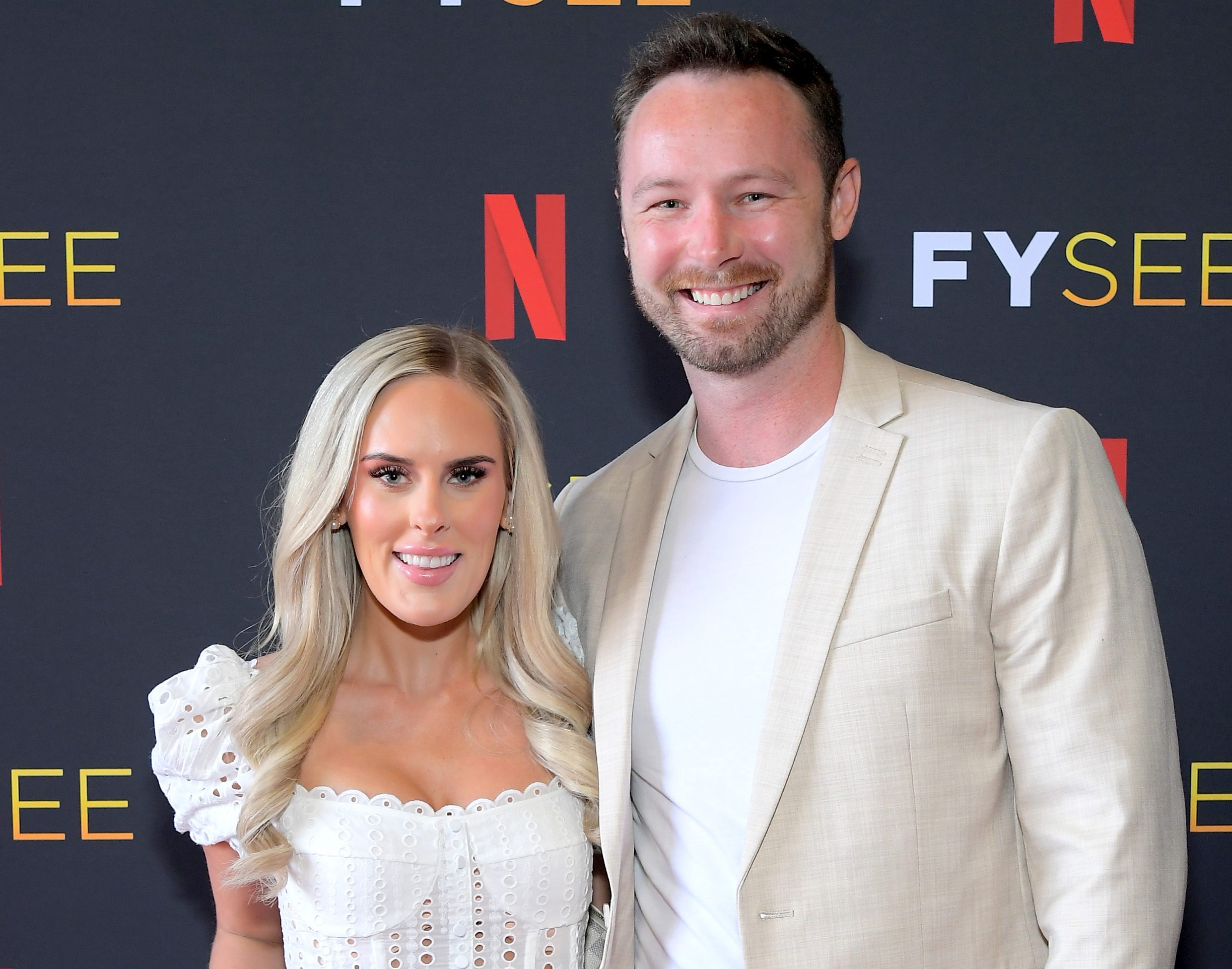 The couple, who briefly appeared on the Netflix dating show alongside Madlyn Ballatori, Colby Kissinger and Rae Williams, walked down the aisle over the weekend.

They famously took part in the experiment to decide whether to commit to each other and split – but decided to end their time on the show early when Hunter got down on one knee.

According to reports, they tied the knot at the Wayferers Chapel in California on Saturday, surrounded by their loved ones.

‘We’re so excited,’ the bride, 27, said before their big day. ‘I’m finally getting to be a wife! I can’t wait to start this chapter with Hunter, where we can start talking about, “Do we want to build a family? Do we want to live in California forever? Do we want to put some roots down here?”

‘It’s no longer about Alexis. It’s Alexis and Hunter. That’s the most exciting thing for me, is we’re doing everything together … tough times are going to come, but I have him.’

Alexis and Hunter, 30, gave fans a glimpse into their romance on The Ultimatum, a Netflix program hosted by Nick Lachey and his wife, Vanessa.

The series followed six couples on the verge of marriage as they were forced to decide whether to commit to each other or split.

Of course, it was a TV show so wasn’t quite that simple, with the pairs wrenched apart and made to date – and live with – another partner for three weeks before returning to their original couple to make the decision.

Alexis and Hunter decided to leave just before the experiment truly got going, with the groom choosing a cast dinner to propose.

Their co-stars raised questions about the move at the time but the lovebirds are delighted to have left and worked on their relationship behind closed doors.

Alexis, who offered the ultimatum to her now-husband, continued to People magazine: ‘You could see that I came in wanting to marry Hunter from day one. It was really a struggle for me when I wasn’t able to connect with anyone else, but it reconfirmed the love that I had for Hunter. I want to be with him. And I’m very happy that we got engaged, and we got to then live our life.’

‘We went into that experience. All we could do is try to make it our own and be as authentic as who we are,’ the groom agreed. ‘Our journey led us to leave the experience early. … So I don’t have any regrets because both of us stayed true to ourselves and tried …read more

Struggling to make a big decision? (Picture: Getty/Metro.co.uk) So, you’ve got a big decision to make or a problem to solve. Are you endlessly dithering over your options, paralysed by the fear of making a misstep? We’ve got two bits of good news for you. One: you’re certainly not alone in struggling with indecision. We’ve […]