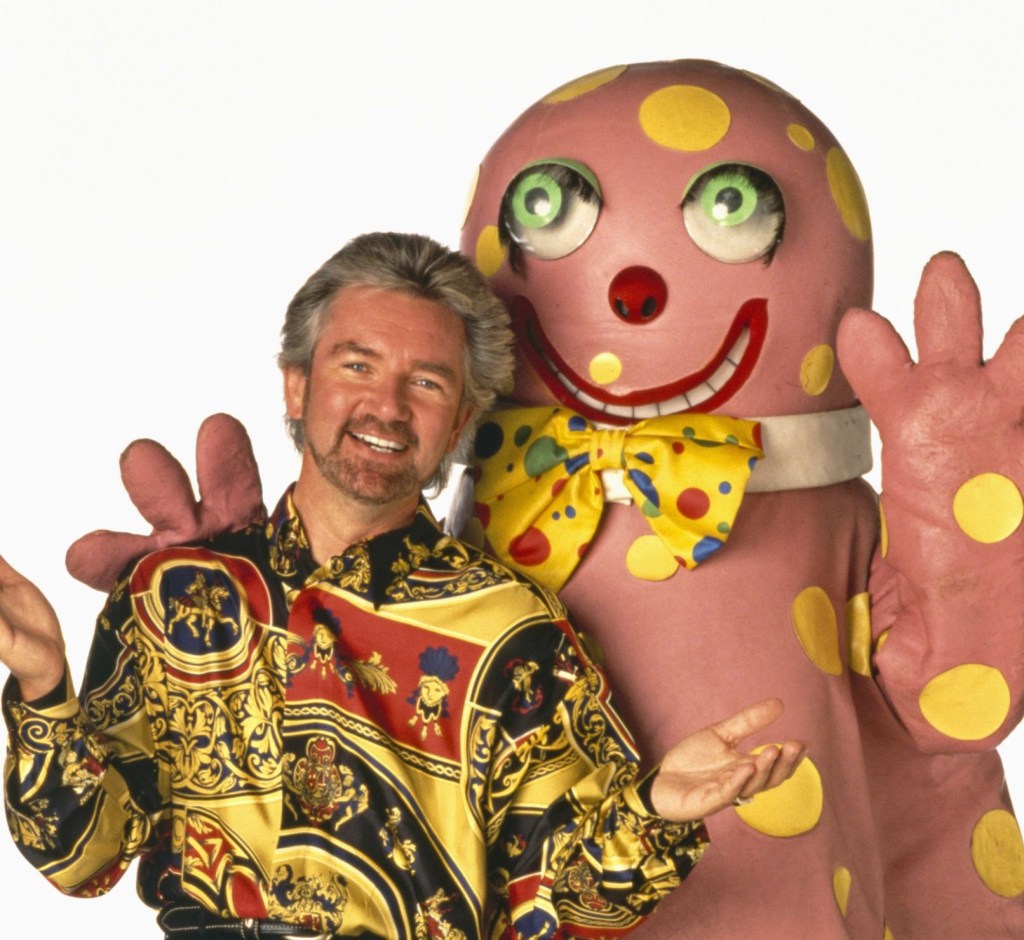 The original Mr Blobby costume is currently reaching bids over £60,000 on eBay.

With just under two days left to make a bid, the outfit of a trippy pink and yellow spotty monster who dominated Saturday night TV in the 90s is going for an eye-watering sum of money.

Barry Killerby wore the suit and played the character until 2015, with Paul Denson taking his place since then.

At the time of writing, the listing by blobby01 has received 195 bids but is climbing rapidly before the auction ends on Thursday.

That rubber outfit can be all yours if you’ve got more than £61,601 to spare (Picture: eBay)

‘This was made by the BBC’s costume supplier for an overseas version of Noel’s House Party,’ writes the user.

‘Unfortunately before it could be delivered the overseas show was cancelled and neither the broadcaster or the BBC’s production team wanted it – so it sat in my office until a move meant it came home with me some years ago.’

What iconic costume would you want to buy the most? Have your say in the comments belowComment Now

They continued: ‘Consequently as it is now over 25 years old, there is the inevitable ageing to the foam and the rubberised coating.

‘This means it is less suitable to be worn as the unit is not very supple as it was in 1996. In addition the two arms require re-attaching to the body, one of the plastic eye is cracked and the bow tie will need securing.

‘Overall it’s not too bad for its age – but there is visible creasing and dust to the covering and some areas require a drop of glue to make good.’

However, the seller warned anyone hoping to make a quick buck or two that Mr Blobby is trademarked and subsequently the suit can only be displayed at home and won’t be authorised for any commercial use.

Mr Blobby is still one of the most recognisable pop culture icons in the UK, appearing on Loose Women in 2016 to share his thoughts on Brexit, trashing the This Morning studio just yesterday and being the inspiration behind not one but two runway looks in the latest series of Drag Race UK.

To view this video please enable JavaScript, and consider upgrading to a web browser that supports HTML5 video Lockwood & Co showrunner Joe Cornish has detailed the vision behind the ghouls that are haunting London. The Netflix drama focuses on a trio of precocious young ghost detectives Lockwood (Cameron Chapman), Lucy (Ruby Stokes) and George […]

The actor received a rush of support after sharing mum’s ordeal (Picture: Instagram/@therock/Getty) Dwayne Johnson has expressed his gratitude after his mum survived a terrifying car crash, stressing that she’s ‘a survivor, in ways that make angels and miracles real’. In a post shared on Instagram, The Rock uploaded a photo of the busted up […]

The news (Pictures: Metro.co.uk) As journalists, we’re not in the business of lying, so we’ll come right out with it and tell you that the news was about as joyless as the weather this week. Lots of bleak bits about politicians being politicians and a train which was going to stop in London before possibly […]