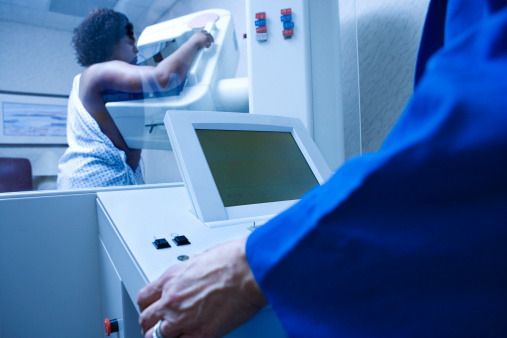 I didn’t realise how important a consideration Body Mass Index was when medical professionals made clinical decisions (Picture: Getty Images)

I can still recall with dismay one of the first times I had a full medical check-up.

After examining me, the GP looked at his chart and said, rather matter of fact, that I was obese. Given that I was a curvy size 12 at the time with no fat to speak of, I was utterly shocked by this seemingly bizarre statement.

How could it possibly be true that I, an active and healthy young woman in her prime, could be labelled in such a way?

The GP looked at me and back at his chart and said, “well, according to this you are actually very obese”. He too was so confused by what his chart was telling him that he even called the nurse in and asked her to double check his calculation.

What I didn’t know then is how important a consideration Body Mass Index (BMI) is when doctors or other medical professionals make clinical decisions.

I will always remember being told I was obese when I clearly wasn’t, however the profundity of this didn’t actually hit me until very recently.

It was during my cancer treatment when I was talking to one of the many amazing clinicians, whom in a moment of apparent frustration told me how they could actually be  prevented from staging timely clinical interventions for many of their patients because they were classed as seriously obese.

In that moment, I was filled with fear and taken back to that moment with the GP. I wondered, what would I do if I was refused treatment because of a similar label that had been applied to me?

A label that I knew all too well was farcical. If it had been the case and the doctor said, sorry, I am afraid that we cannot perform an operation to remove this cancer, then that would have been devastating beyond belief.

As an African Caribbean woman, when it comes to cancer, the odds are already stacked against us.

It’s well-known that people of colour are often disproportionately impacted by the disease from diagnosis – not being listened to or have less time juggling multiple jobs, or are more likely to be carers… which means we are more prone to receiving a later and more serious prognosis. Then there’s treatment, where Black women have poorer survival rates. On top of that, we are less likely to go for mammograms and twice as likely to be diagnosed with advanced cancer.

So to know that something like our BMI could also stand in the way is just another hurdle shoved in our path – especially when it’s clearly not fit for purpose.

You might think the BMI concept was created by a doctor, …read more

Three men guilty of downing MH17 killing 298 people on board

Malaysia Airlines flight MH17 was shot down in 2014 by a Russian-made missile fired from a field in eastern Ukraine, a court has heard. Three men have been found guilty of killing 298 people on board the flight. This is a breaking news story, more to follow soon… Check back shortly for further updates. Got […]

A Place In The Sun star Jonnie Irwin fears kids ‘won’t remember’ him after death: ‘There’s no chance’

Jonnie Irwin recently revealed he has been diagnosed with terminal cancer (Picture: Channel 4 / fftv) A Place In The Sun presenter Jonnie Irwin has shared his heartbreak that he likely won’t get to see his children grow up as he faces terminal cancer.  The TV star, 49, announced earlier this month that he could […]

Man Utd hero Roy Keane and Arsenal midfielder Thomas Partey (Pictures: ITV/Getty) Roy Keane doubts Arsenal midfielder Thomas Partey has the ‘leadership skills’ to galvanise Ghana at the World Cup. Partey has established himself as one of Arsenal’s most important players this season, starting 11 of the Gunners’ 14 league matches and helping Mikel Arteta’s […]