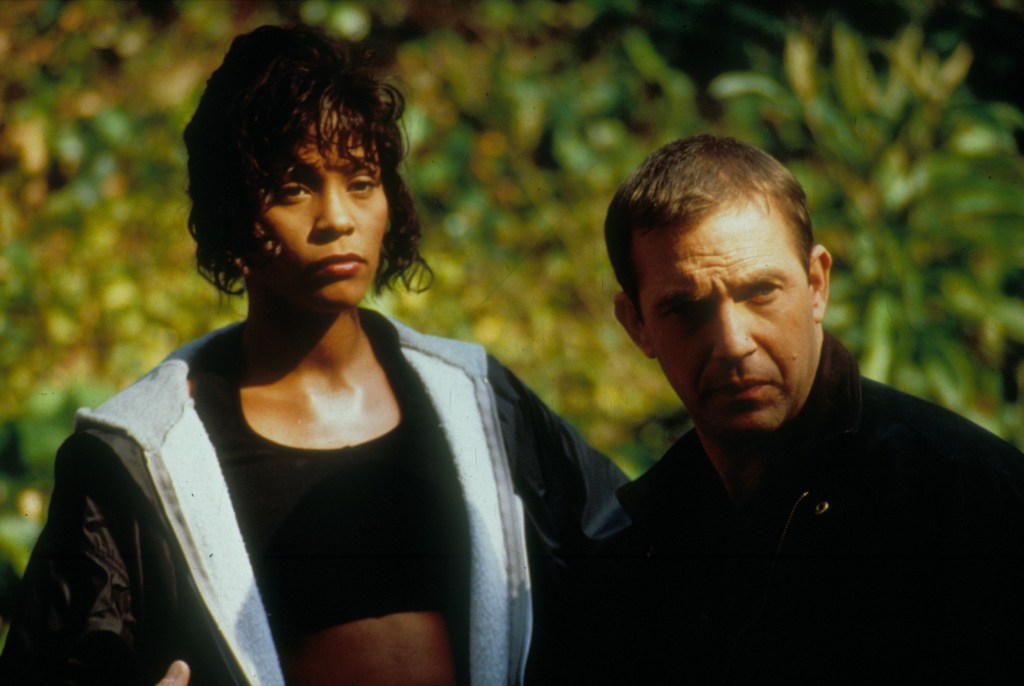 The Bodyguard was released back in 1992 (Picture: Moviestore/Rex/Shutterstock)

It has been 30 years since the release of smash-hit romantic drama thriller The Bodyguard, starring Whitney Houston and Kevin Costner.

The 1992 film, despite its lowly 38% rotten rating on Rotten Tomatoes (outrageous), was the second-biggest hit of the year and became the tenth highest-grossing film of all time at the time of its release.

As well as a weepy melodrama that many have enjoyed watching over the past three decades, The Bodyguard also blessed us with some of Houston’s defining hits, including I Have Nothing, Run to You and – of course – her stunning cover of Dolly Parton’s I Will Always Love You.

Unsurprisingly, noting the powerhouse singer’s stunning vocals and the enduring success of those songs, The Bodyguard’s soundtrack remains the best-selling soundtrack of all time, having shifted over 45 million copies.

Looking back from 2022, what has become of the movie’s star cast, 30 years later?

Houston gave strong acting performance in the film, but is best remembered for her songs on the iconic soundtrack (Picture: Warner Bros)

People forget, but Houston actually made her acting debut as Rachel Marron in The Bodyguard, an Oscar-winning actress and musical superstar being sent death threats by a stalker.

She reluctantly accepts the presence of hired security officer Frank Farmer (Costner) to begin with, but of course they grow closer after he proves his worth in a dangerous situation.

The Grammy-winner went on to act in Waiting to Exhale as well as Cinderella, where she starred as the Fairy Godmother.

The singer largely kept her career focused on music, mixed in with behind-the-scenes producing work, while she grappled with addiction issues and a turbulent relationship with ex-husband Bobby Brown.

After a six-year break from recording, her final studio album I Look to You was released in 2007.

She made her last onscreen appearance in Sparkle in 2012, alongside Jordin Sparks, Carmen Ejogo and Derek Luke.

This posthumous release came after Huston tragically died at the age of 48, having accidentally drowned in her bathtub just hours ahead of the 54th Grammy Awards at which she was due to appear.

Co-star Costner spoke at her funeral, having forged a close friendship with the late star.

The iconic entertainer is soon ro receive her own biopic, I Wanna Dance With Somebody, starring Naomi Ackie.

Costner played the titular bodyguard of the film, Frank Farmer, who reluctantly accepts the job working for Rachel Marron, who he initially considers a spoiled diva.

Of course, sparks fly, and they eventually enter into a doomed romance.

The Academy Award -winning actor made his film debut in the early 1980s with Sizzle Beach, USA. His breakout role …read more

Owner Ally Smith with 7ft Big John and smaller Stardust (Picture: Erin Gilmore/SWNS) Two retired horses have struck up an unlikely friendship – despite their height differences – and are described by their owner as a ‘super cute old married couple’. When 7ft Big John, a 24-year-old Belgian Draft gelding, was put into the same […]

When is the next Royal Mail strike? November and December 2022 dates

More Royal Mail strikes are on the way (Picture: EPA) The past few months have seen industrial action taken by unions across multiple sectors over pay and conditions. Railway workers, bin collectors, barristers, and more have been striking, with many citing insufficient pay rises when factoring in the rising cost of living as the cause. […]

Altay goalkeeper Ozan Evrim Ozenc was struck twice by a fan wielding a corner flag (Twitter) A goalkeeper was assaulted by a fan with a corner flag during a Turkish football match on Sunday. Play was suspended in the first half of the Turkish first division derby between Goztepe and Altay after supporters were injured […]