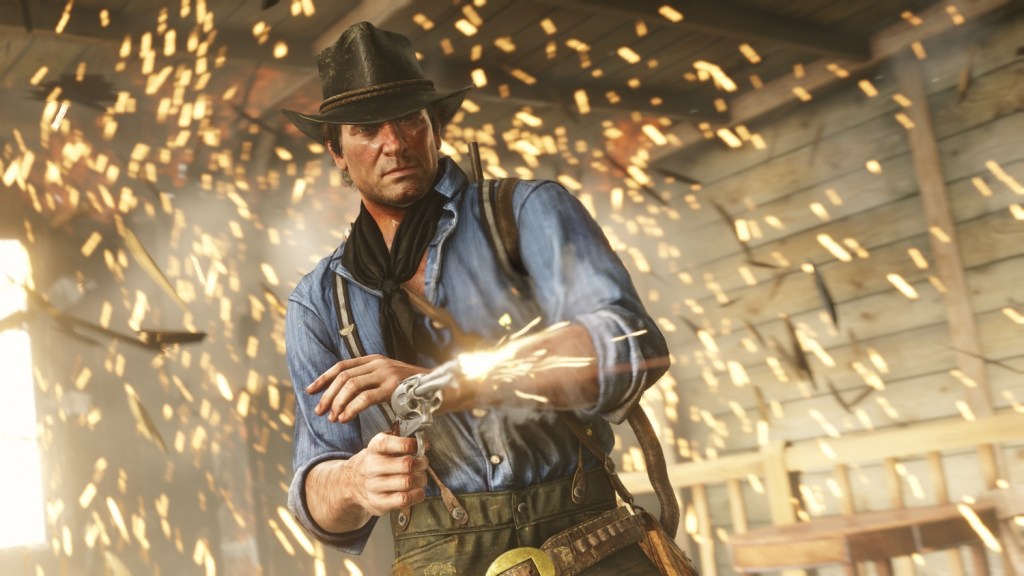 Red Dead Redemption 2 – not everyone likes it (pic: Rockstar Games)

A reader lists the games he’s been most disappointed in on Sony’s last generation console, including The Division and The Division.

Before I begin, let me first just explain that by ‘disappointing’ I don’t mean these are the worst games on the PlayStation 4. This is simply a list of titles that, for various reasons, I didn’t enjoy anywhere near as much as I expected to. Of course, this is all just opinion, and in some cases the disappointment was simply because of my own high expectations, so feel free to (politely) correct me in the comments!

After the slightly disappointing Saints Row 4 I had kind of lost interest in the series and so only gave this standalone expansion a go when it appeared for free on PS Plus. Unfortunately, with its outdated controls and repetitive missions, it failed to even meet the relatively low expectations I had and even the opportunity to play co-op couldn’t make it worth my time.

Again, I can’t say I was expecting all that much from eFootball, but I don’t think anyone saw this complete car crash coming! Most of you will have seen the nightmare inducing pictures of distorted players that plagued its release, but while patches have now fixed many of the bugs the complete lack of in-game modes and options (outside of those that try to push you into spending real money) still persists. The saddest thing is that the actual gameplay is pretty good, but it already feels like this series is dead in the water.

Despite the removal of the much-maligned loot box system, Shadow Of War remains an unsatisfying sequel. The excellent Nemesis System and enjoyable combat of the original remain at the game’s core but in taking the ‘more is more’ approach the game just feels overwhelming to the point that you never feel as though you’re making any real progress. It’s still a decent game, but with multiple maps full of (often repetitive) quests and enemies it’s undoubtedly inferior to its more focused predecessor.

The exemplary presentation and audio captures the feel of the movies better than any game has done before, unfortunately the game built around it just isn’t particularly entertaining. Even by survival horror standards the gameplay is very slow paced and almost entirely involves sneaking around the space station pulling levers and pushing buttons as directed, hoping not to be spotted by the various enemies. Being stalked by the alien itself does feel suitably tense on occasions, but even this is spoiled by having to constantly repeat large sections of the game every time you die. At around 20 or so hours it’s also far too long.

I had high hopes for Evolve, even after seeing the mixed reviews – turns out those reviews were right. The concept itself, a team of hunters with different abilities …read more

What is the Real Living Wage and who has to pay it?

The Real Living wage has increased (Picture: Getty) Like it or not, the cost of living is going up, up and up. Rent is costly, energy bills have risen and so have food prices, while petrol prices soar as the pace of inflation hits a 40-year high. Salaries need to keep up with it, and […]

Almost 30 years ago, I fled the Rwandan genocide – now I fight for refugee women’s rights

Dad’s devastating tribute to toddler daughter who was ‘beaten to death’ Morrisons driver ‘tracked woman down on Facebook after dropping off her food’ Public service spending ‘to be cut by up to £36,000,000,000’ over next two years Police use drones to search for Moors Murder victim Keith Bennett’s remains Girl Guides taught me not to […]

Megan Hollimould was on her way to get groceries when a stranger ‘stopped her in her tracks’ (Pictures: GrimsbyLive/MEN) A terrified mum was forced to lock herself and her children in a public toilet to escape a man who allegedly sexually assaulted her on the street, she claims. Megan Hollimould, 21, said she was walking […]