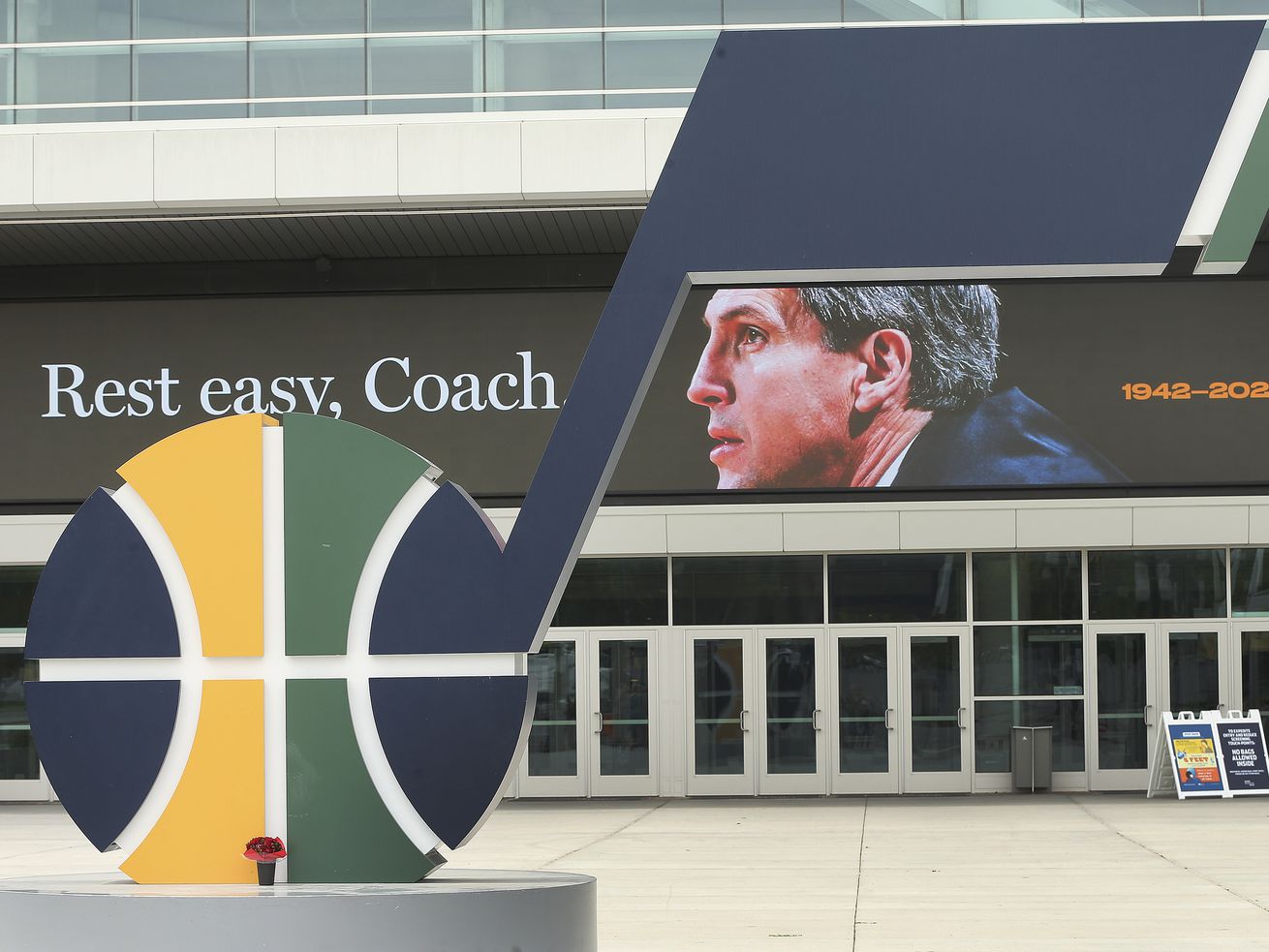 SALT LAKE CITY — A few mornings before he shocked the sports world by resigning during the middle of the 2010-11 season, Jerry Sloan stood on the Sacramento Kings’ court and told a small group of reporters how to defend the pick-and-roll.

One problem players had, Sloan explained, is that they lock their knees and get lost in screens. The animated Utah Jazz coach then threw out his long arms to show how to fight through picks. My right arm was unfortunate to be in the path of his strong, extending arm.

My digital recorder shot out of my hand, hit the hardwood floor and exploded into several pieces. Without skipping a beat, Sloan continued his defensive lesson. After reassembling the small device — similar to one he’d once jokingly asked me if it was a cigarette lighter — I returned to the media huddle.

Sloan responded, “If I broke that (bleeping) thing, I’ll buy you a new one.” He didn’t say (bleeping), by the way. Later that night, Sloan teased that I should keep a safe distance during interviews. I joked back, “I’m just thankful you weren’t showing us how to take a charge.”

What I wouldn’t do to have another opportunity to keep a safe distance while interviewing the legendary man who meant so much to so many in Utah, Illinois and elsewhere around the sports world.

News of Sloan’s death Friday morning brought mixed emotions — from sadness for his mourning family, fans and friends, including John Stockton and Karl Malone; to relief that he’s no longer embroiled in an awful and debilitating battle against Parkinson’s disease and Lewy body dementia; and, thankfully, to sweet memories of the way he handled successes and struggles, his sense of humor, his passion for hard work, and all of the personal stories and tributes being shared about a Hall of Fame coach, player and person.

“You can’t put into words his impact on my life,” Stockton once said.

The Hall of Fame point guard isn’t the only one who feels that way.

In retrospect, it’s heartwarming to think about the devoted friendship between Sloan and his longtime right-hand man, Phil Johnson. Sloan’s relationships with Frank Layden and the late Larry H. Miller were also built on loyalty. But Sloan and Johnson were always together — in the pressroom eating meals before games (a truly unique situation), on the road while traveling, on the bench for more than two decades and on the dais after their simultaneous retirement (even though Johnson could’ve been his successor).

Gives all of himself in pursuit of something greater. pic.twitter.com/FWOf9Jcm8s

Fittingly, Johnson and Sloan were inducted into the Utah Sports Hall of Fame’s Class of 2011 together. On the night of their …read more

‘What is BlueJeans?’: Here’s what you need to know about using the video-conferencing service

BlueJeans is a cloud video-conferencing and screen-sharing service. While BlueJeans offers a free trial, there are three levels of subscription offered starting at $9.99 per month. BlueJeans has the ability to connect users across a variety of platforms. Visit Business Insider’s Tech Reference library for more stories. As more and more people are starting to […]

You can file for a tax extension that pushes your deadline to October, but tax payments are due on July 15

Until now, personal finance expert and TV personality Suze Orman warned people away from taking on credit card debt. But in the current climate, she’s advising people to do whatever they can to keep cash on hand, including using credit cards to cover expenses. On The Today Show in April, she recommended that people call […]