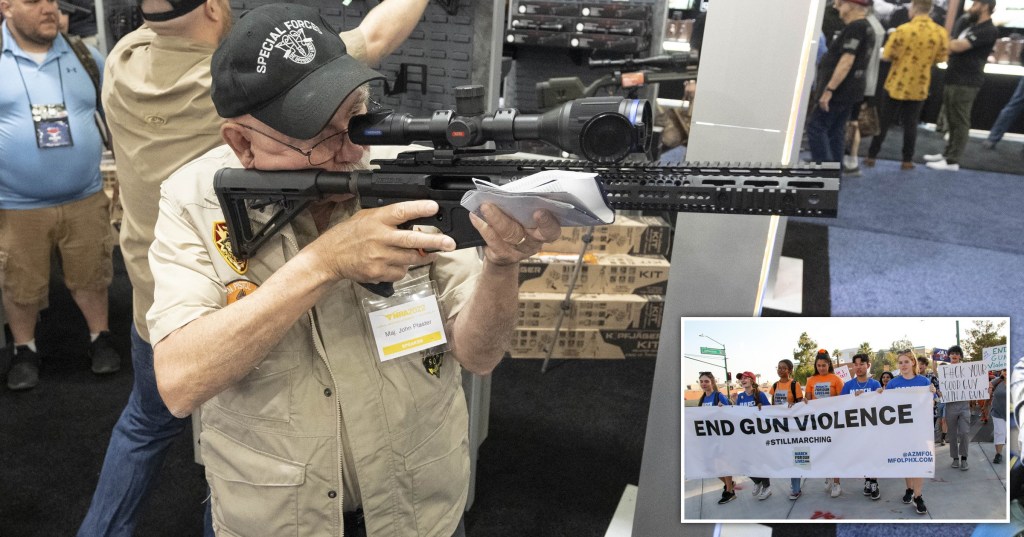 The Supreme Court struck down a New York law restricting guns in public in its second major decision around the Second Amendment (Picture: REX)

The Supreme Court has struck down a New York law limiting guns in public, ruling that the Second Amendment provides the right to carry a firearm outside of home.

In a 6-3 ruling on Thursday morning, the high court took a broader interpretation of the Second Amendment that will make it more difficult for states to place restrictions on guns outside of the home.

The New York law requires that individuals pursuing a handgun carry license show a ‘proper cause’ to be outside of their homes.

Half a century of guaranteed abortion rights in the US has come to an end Friday, as the Supreme Court overturned the landmark Roe v Wade decision. The court ruled in favor of the state of Mississippi in the case of Dobbs v. Jackson Women’s Health Organization, allowing the state to ban most abortions after […]

Paul Pogba is set for a return to Juventus this summer (Picture: Getty Images) Alessandro Del Piero believes Juventus re-signing Paul Pogba and Romelu Lukaku returning to Inter Milan from Chelsea will prove a boost to Serie A and see Italian clubs challenge in the Champions League once again. Pogba is set to sign for […]