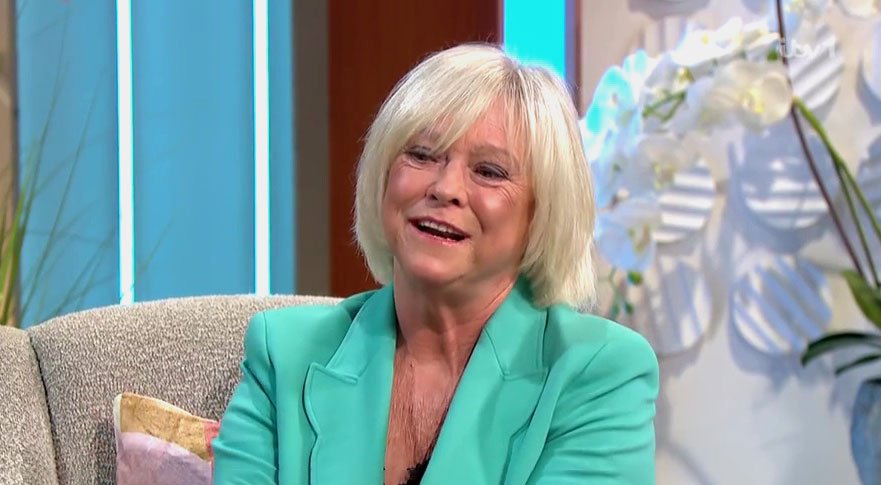 Sue Barker has recalled one of the most memorable moments of her time at Wimbledon, when she interviewed a victorious Sir Andy Murray on court – and how she actually ‘got in trouble’ over their chat.

In 2013, Andy finally achieved his dream of winning the Wimbledon Championships Men’s Singles final against Novak Djokovic, becoming the first British man to do so since Fred Perry in 1936.

He was also the first Scottish man to win the title since 1896, and was understandably a bucket of emotions after playing the winning point, crying as fans in attendance at SW19 and watching around the world went wild.

On Friday, Lorraine Kelly caught up with Sue on her ITV show, after the former tennis star retired from broadcasting at Wimbledon this summer after 30 years in the role.

They spoke about how one of Sue’s best moments from reporting at Wimbledon had to be interviewing Andy after he became the champion, as the 66-year-old remarked: ‘I’ll never forget that.’

‘Watching it on telly, particularly the whole of Scotland went bananas,’ Lorraine recalled, as Sue added: ‘Everyone went bananas.’

It was a long time coming when Andy lifted the trophy for the first time nine years ago (Picture: Back Page Images/Shutterstock)

She then revealed how she actually got into a spot of trouble with Wimbledon because she went off-script during her interview with Andy.

‘I got in awful trouble with Wimbledon, because Wimbledon had asked me, in the early 2000s, to do the on-court interviews and to read out… and you know, I have a little script,’ she explained.

‘It’s very Wimbledon. “The winner of the gentlemen’s singles trophy for whatever year it is is so and so.” And I suddenly, I looked over at Andy and he was crying, and I could hear on Murray Mount the crowd were going mad.

‘There was such a buzz around Centre Court, I said, I can’t just read this. So I said, “We’ve waited 77 years for this!” I just felt it needed something more.’

Sue recollected how the ‘crowd went nuts’ at her statement, while Andy was reduced to ‘floods again’.

‘That was the highlight for all of us. He was amazing. The pressure he was under… I don’t know how he did it,’ she said.

Speaking after his win, an emotional Andy said: ‘That win was for myself but I also understand how much everyone else wanted to see a British winner at Wimbledon. I hope you guys enjoyed it. I tried my best.’

Should you leave your heating on if you’re going away this winter?

Many families may consider turning the heating off to conserve energy this winter, but that might not be the best approach. (Picture: Steve Parsons/PA Wire) With the price of energy becoming one of the biggest drivers of the cost of living crisis, it’s unsurprising that some households are evaluating when and how much they use […]

Emotional moment chimpanzee is reunited with baby after C-section birth

To view this video please enable JavaScript, and consider upgrading to a web browser that supports HTML5 video Zoo-cam footage of a chimpanzee being reunited with her baby after experiencing complications during the birth is sure to melt your heart. Mahale had an emotional reunion with baby boy, Kucheza, at Sedgwick County Zoo in Wichita, […]