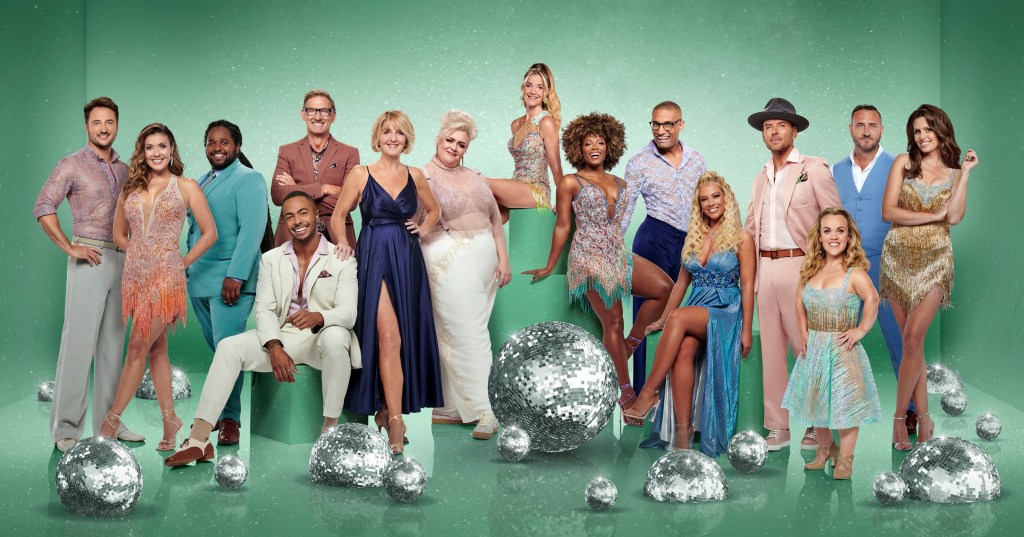 The celebrities’ professional partners have been revealed (Picture: BBC / PA)

The long-awaited partnerships have been revealed for Strictly Come Dancing, and it’s the first time in the show’s history that two same-sex couples will take to the floor.

Strictly will begin with the first live show on Saturday, where fans will finally get to see this year’s cohort of celebrities and their professional dance partners compete against one another.

As well as 15 new celebrities taking to the dancefloor, there will be a few new faces among the pros – but hosts Tess Daly and Claudia Winkleman will be returning for the 20th series of the hit show.

Here are all of Strictly’s 2022 partnerships:

Ellie and Nikita will compete for the glitterball togethr (Picture: PA)

Paralympian Ellie is set to take the floor with Nikita Kuzmin, with adjustments being made to their routines.

She previously revealed: ‘He’s never danced this with anyone with dwarfism before and I’ve never ever danced before in my life.

‘It might be so different but I think if I can do it, which is completely out of my comfort zone, people watching from home can realise they can adapt,’

Ellie’s dreams are coming true with a stint on the show with Johannes (Picture: PA)

Comedian Ellie is paired with Johannes – and the couple are sure to make a serious impression on the dancefloor, fulfilling one of Ellie’s dreams to be on the show.

She previously said: ‘I’ve wanted to do it forever. I’m so chuffed I can’t wait. I would love to find the joy in dance that people have.’

Before her partnership with Johannes was confirmed Ellie joked: ‘I want someone who’s patient. I need a tall patient person, so anyone really.’

Fleur and Vito are set to be a formidable couple (Picture: PA)

Singer and radio host Fleur will be competing with one of Strictly’s new professionals, Vito, who will be making her debut on the show.

Fleur has been hotly tipped as a potential winner of the show before the first episode has even aired, and she signed up in honour of her late father who was a huge fan of the show.

She previously explained: ‘For me it’s sentimental because my dad, who passed away in 2020, Strictly was his favourite show.

‘I’m just going to be doing it for him. I’m gutted he can’t see me do it, but I’m going to keep him in mind when I’m doing the show. My family for that reason are going to be buzzing.’

Jowita will be putting Hamza through his paces (Picture: PA)

Ashley spoke about the unforgettable moment his young daughter died in his arms (Picture: Channel 4/Instagram) Ashley Cain believes his daughter Azaylia had a ‘peaceful transition’ when she died last year. The football star and his then-partner Safiyya Vorajee welcomed their daughter in 2020, but Azaylia was diagnosed with a rare form of leukaemia just […]