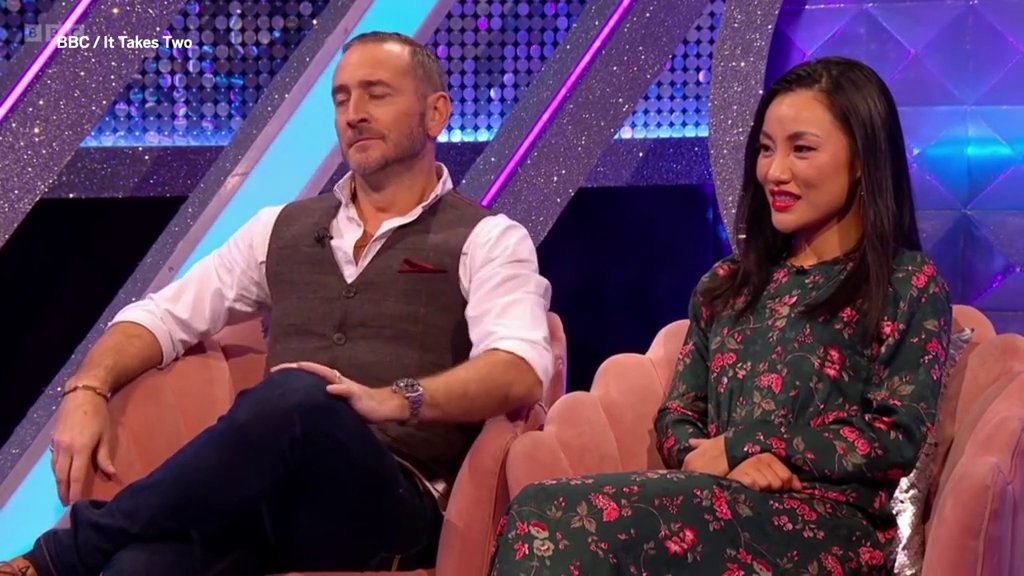 Strictly Come Dancing star Will Mellor has said he wished he’d got more savage feedback from the judges, including Craig Revel Horwood, during Blackpool week.

The Two Pints of Lager and a Packet of Crisps actor danced a vibrant samba in homage to the Rio Carnival with pro partner Nancy Xu on Saturday’s special edition of the BBC’s juggernaut series.

Accompanied by a host of backing dancers, feathers and sparkles, the Coronation Street star performed to I Go To Rio by Hugh Jackman to secure a score of 35.

The notoriously difficult-to-please Craig awarded the performance an eight, while his fellow judges Shirley Ballas, Motsi Mabuse and Anton Du Beke marked the routine nine out of 10.

Comments from the panel were overwhelmingly positive, with Shirley remarking: ‘You are one very well-oiled machine. Every single part of you was pulsating, beautiful samba rhythms from Rio. Well done!’

Will, along with Molly Rainford and Carlos Gu and Tyler West and Dianne Buswell all achieved a 35, with the Kiss FM DJ ultimately being booted out of the long-running competition series.

The 46-year-old and Nancy appeared on Tuesday’s It Takes Two and were asked about the scoring by host Rylan Clark, who wondered if the pair felt insecure about remaining in the programme.

Will is all for the honest feedback (Picture: BBC)

Will said: ‘It could be us any week,’ before adding he’d noticed the leaderboard doesn’t necessarily reflect viewers’ opinions.

‘I will be honest, though, when the judges were giving me their comments, I didn’t have one negative comment,’ he remarked.

Rylan wondered if they were confident about staying in the competition (Picture: BBC)

Will continued: ‘Because if someone is going to mark you an eight, you’d expect a bit of criticism, like: “You could’ve done that better,” because I didn’t get that, I would like to know if there was anything I could have done better to get a better score.

‘You do think – I’ve given it my everything but as I say myself I’m over the moon with what we put on that floor and the dancers we had with us I felt like a star. They were amazing.’

Will and Nancy scored 35 out of a possible 40 during Blackpool week (Picture: PA)

The previous week Will and Nancy danced to Lionel Richie’s track Three Times A Lady in tribute to his Dad, with the actor breaking down after the performance.

Will lost his father, Bill, in 2020, and previously said he wanted to appear on Strictly to help make new happy memories for his mother, the BBC series being her favourite show.

After the judges’ feedback, an emotional Will shared: ‘I can’t talk at the moment …read more

Lewis Capaldi instantly fell in love with the line (Picture: Anthony Harvey/Shutterstock) Lewis Capaldi wrote his new track Pointless based around an Ed Sheeran lyric from a song he never got round to finishing. The Forget Me hitmaker began working on music for his new album – the follow up to 2019’s Divinely Uninspired to […]

Kathryn received a kidney from doting dad, Kevin (Picture: SWNS) When Kathryn Croker, 36, was told she needed a life-saving kidney transplant, her parents stepped forward for testing, hoping they’d be a match. Luckily, both her dad, Kevin, 67, and mum, Anne, 63, were suitable donors – but it was Kevin who selflessly went ahead […]

Keke Palmer and Darius Jackson first met at a party in 2021 (Picture: Getty Images) Keke Palmer has announced she’s expecting her first child with boyfriend Darius Jackson during her hosting slot on Saturday Night Live.  Notorious for keeping intimate details of her private life under wraps, the 29-year-old shocked everyone when she revealed her […]