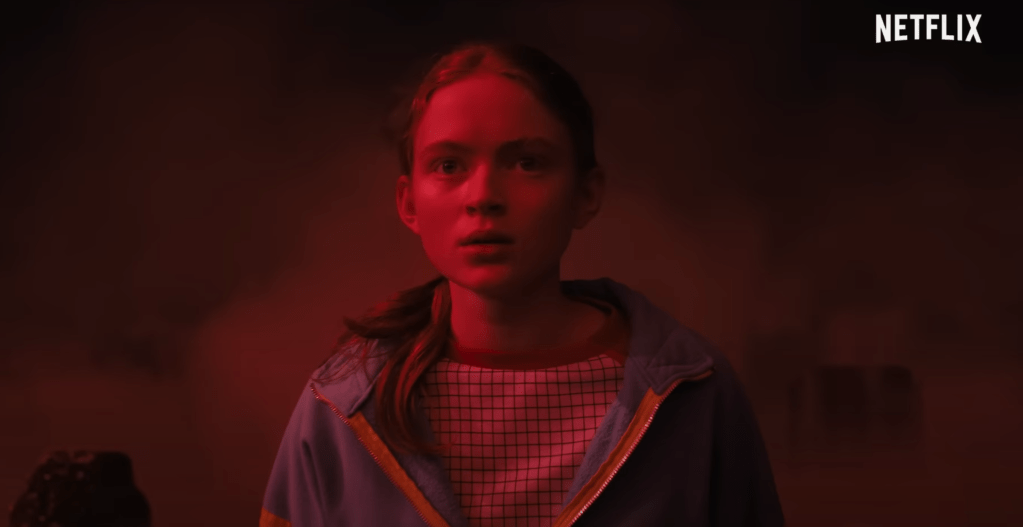 The official trailer for Stranger Things season 4 volume 2 has been released… and it’s all hands on deck for what looks like the biggest battle in the Netflix series so far.

At the end of volume 1, the origins of the new villain Vecna were revealed, as it was discovered that he was in actual fact Number One (Jamie Campbell Bower), aka the predecessor to Millie Bobby Brown’s Eleven, who also boasted powerful abilities.

After One (who’s real name is Henry Creel) caused a massacre of the other children at Hawkins Lab, Eleven fought against him, causing him to disintegrate and descend into the Upside Down.

In the latest look at the upcoming two feature-length episodes, Max (Sadie Sink) is still being bolstered by Kate Bush’s powerful ballad Running Up That Hill, as she and her friends decide what their next step against Vecna should be.

As hinted at in a previous teaser, Eddie (Joseph Quinn) finds an electric guitar in the Upside Down, presumably to use the power of music against the villain, while Nancy (Natalia Dyer) shows off her skills with a gun, Robin (Maya Hawke) admits to Steve (Joe Keery) that she’s starting to lose hope and Lucas (Caleb McLaughlin) gets in a fist fight.

Meanwhile, Hopper (David Harbour) and Joyce (Winona Ryder) have been reunited in Russia, but their reunion may be bittersweet as more dangers lie in their path. Watch the trailer above.

Max was saved from Vecna in volume 1… but will she be as lucky in the new episodes? (Picture: Netflix)

Hangovers from hell start at 34, and start lasting two days at 35

Oh dear (Picture: Getty) We know hangovers tend to get worse with age, but it seems there could be a very specific age at which they kick it up a couple notches. According to survey of 2,000 people aged from 18 to 65, commissioned by greeting-card company Thortful, people feel like 34 is the age […]

Max Verstappen took his sixth win of the year in Canada (Photo: Getty) Max Verstappen says he will not take his huge advantage in the standings for granted after winning Sunday’s Canadian Grand Prix. The Red Bull driver started on pole in Montreal but found himself under pressure from Ferrari’s Carlos Sainz Jr. throughout the […]

No, Billie didn’t just wear sunglasses (Picture: Jim Ruymen/UPI/Rex/Shutterstock) Billie Eilish has revealed she used a decoy she could explore Coachella undetected, and that seems entirely reasonable. The Bad Guy chart-topper headlined the music extravaganza in California in April to much acclaim, bringing on support from Damon Albarn among others, and even managing to style […]